With inflation breaking records, gas prices pushing $10 per gallon in some towns, and the border exploding with hundreds of thousands of illegal immigrants, President Joe Biden decided to issue an executive order to “enhance protections for transgender children and take steps to ban conversion therapy as efforts continue in Texas and other states to restrict gender-affirming medical care.”

“Gender affirming medical care” is a woke term that includes chemical castration and puberty blockers, as well as hormone injections from the opposite sex. It also includes actual castration and mastectomies that are not medically necessary. These irreversible and dangerous medical actions are more accurately described as “gender destroying.” They have nothing to do with care.

There’s no way to know what the president means by “conversion therapy” in this this context, but it is clearly an effort prohibit any restrictions by states like Texas against parents who want to experiment on their own children with dangerous “gender affirming” treatments.

Despite the insulting characterization of women by drag queens, which is increasingly being compared to minstrel black face by discerning feminists, Pelosi told the men dressed up and behaving as the most degrading female stereotypes that she wanted to thank them “for the joy and beauty you bring to the world.”

She added, “Your freedom of expression of yourselves in drag is what America is all about. I say that all the time to my friends in drag.”

Texas public school librarians apparently agree with the speaker that drag queens are what America is all about, because thousands of them attended a session on drag queen story hours at their recent meeting in Fort Worth.

They must have forgotten what happened in the Houston Public Library in 2019 when one of the drag queens brought in to read stories to children turned out to be a registered sex offender.

Drag queen reading programs in public libraries and public schools are increasingly common. Advocates describe them as a fun and harmless way to introduce children to the transgender movement.

Of course, most of America is not looking for a fun way to introduce their children to the transgender movement — which brings us back to Biden’s sinking popularity.

Gloria Romero, a Democrat and former U.S. House member from California, believes wokeism is part of Biden’s problem, at least with Hispanic voters.

“Birthing people” is another woke term used to push the absurd notion that both men and women can deliver babies.

Setting aside the many ethical and public policy questions raised by Biden’s transgender executive order, let’s just look at the politics.

There’s no doubt about the fact that Biden has lost support across the board in every age, race and demographic category because of his destructive economic and border policies, but his approval rating is also at 39% because of what Romero said — the country is tired of having Democrat leaders like Biden and Nancy Pelosi push destructive and fringe behavior into the narrative as if it were normal.

Dealing with those who are suffering from gender dysphoria is not a gay rights issue — which most Americans support. Instead, Americans continue to view transgender issues as a medical and mental health challenge where it appears that drug treatments are not effective and can be damaging. We are seeing more and more stories of transgender adults who regret having had surgery in childhood.

Even if Biden manages to rein in inflation, lower gas prices and address the avalanche at the border, his base, particularly in the Hispanic community, will keep slipping away if he continues to be a megaphone for woke issues like “gender affirming treatment” for gender dysphoria victims. Most people are way ahead of him on this, and they just don’t buy it.

Sherry Sylvester is a Distinguished Senior Fellow at the Texas Public Policy Foundation. She is a political communications and public policy expert who has directed multi-million dollar statewide campaigns in New York and New Jersey and has been involved in dozens of Texas political campaigns. 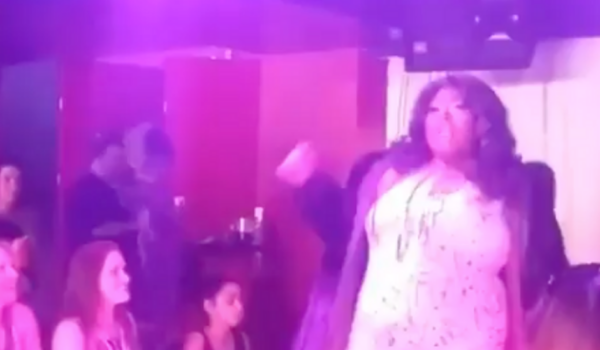 Pennsylvania Drag Queen Who Performed For Children Charged With 25 Counts Of Child Pornography
Next Post
Cartoon of the Day: Just Say No, Joe 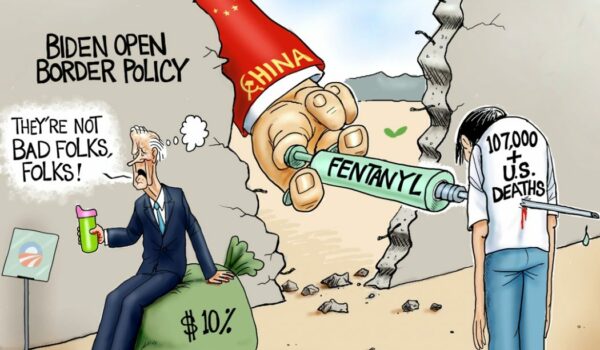