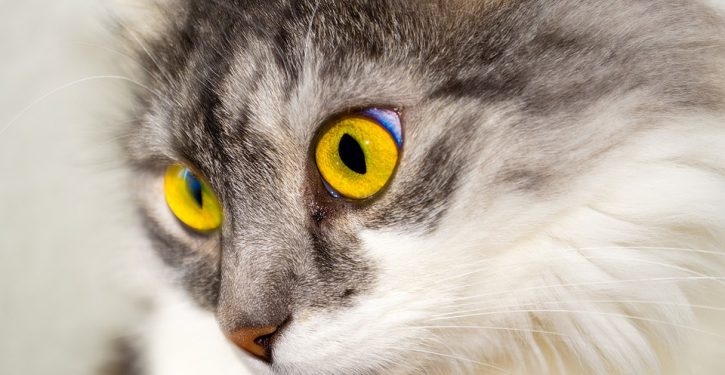 Dog and cat owners beware. Some day, an animal-rights nonprofit may be able to sue you in the name of your dog or cat, seeking their release through a writ of habeas corpus — if some progressive judges have their way.

By a 5-to-2 vote, New York’s highest court ruled that nonprofits can’t seek a writ of habeas corpus on behalf of animals. Animals aren’t people, and have no legal standing to sue, so the ruling isn’t a surprise.

What is a surprise is that even two judges bought the argument that animals can sue people —  a sign that a future, more progressive judiciary will allow lawsuits against people by animals (represented by non-profits that claim to speak for animals).

Here is an excerpt from the New York Court of Appeals’ ruling about whether an animal-rights group can seek a writ of habeas corpus for an elephant, in its June 14 decision in In the Matter of Nonhuman Rights Project, Inc.:

For centuries, the common law writ of habeas corpus has safeguarded the liberty rights of human beings by providing a means to secure release from illegal custody. The question before us on this appeal is whether petitioner Nonhuman Rights Project may seek habeas corpus relief on behalf of Happy, an elephant residing at the Bronx Zoo, in order to secure her transfer to an elephant sanctuary. Because the writ of habeas corpus is intended to  protect the liberty right of human beings to be free of unlawful confinement, it has no applicability to Happy, a nonhuman animal who is not a “person” subjected to illegal detention. Thus, while no one disputes that elephants are intelligent beings deserving of proper care and compassion, the courts below properly granted the motion to dismiss the petition for a writ of habeas corpus, and we therefore affirm….

That legislative bodies have extended various statutory protections to nonhuman animals does not inexorably create a common law or constitutional right to liberty. Nor can the judicial displacement of a carefully crafted state and federal statutory and regulatory legal framework governing animal care be justified by the views of some individuals that zoos purportedly confine wild animals solely for “human entertainment” (Rivera, J. dissenting op)—a characterization of the purpose and mission of zoos to which the Bronx Zoo, operated by a renowned wildlife organization that advances scientific research and educational conservation efforts worldwide, would undoubtedly strenuously object.

The question here is not whether Happy is a “person”—Happy is an elephant. The question is not whether Happy’s detention violates some statute: historically, the Great Writ of habeas corpus was used to challenge detentions that violated no statutory right and were otherwise legal but, in a given case, unjust. Because this appeal comes on a motion to dismiss, the legal question presented is whether the detention of an elephant can ever be so cruel, so antithetical to the essence of an elephant, that the writ of habeas corpus should be made available under the common law. The history of the “‘greatest of all writs'” demonstrates that the majority’s claimed reasons for refusing to extend it to Happy are groundless and inconsistent with its role as “the historic writ of liberty” that “cannot be curtailed by legislative action.” Whether Happy’s conditions are grave enough for the writ to issue, and whether, if so, she would be better off in a sanctuary, are questions of fact as to which Supreme Court made no determination because it was constrained by erroneous Appellate Division caselaw.

Here is an excerpt from Judge Rivera’s dissent:

[H]istory, logic, justice, and our humanity must lead us to recognize that if humans without full rights and responsibilities under the law may invoke the writ to challenge an unjust denial of freedom, so too may any other autonomous being, regardless of species. Such an autonomous animal has a right to live free of an involuntary captivity imposed by humans, that serves no purpose other than to degrade life.

Biden To Direct HHS To Expand Access To Sex Change Treatments, Particularly For Children
Next Post
Cartoon of the Day: Angry Old Bird 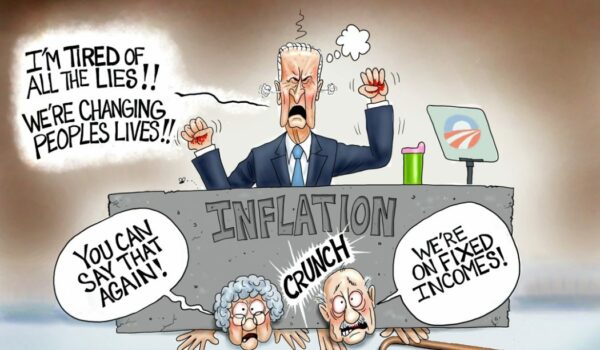