Joe Biden is planning to make taxpayers foot the bill for hundreds of billions of dollars in student loans, by writing off $10,000 in student debt per borrower, according to a Washington Post report. Writing off student loans encourages colleges to raise tuition, by making it more attractive to take out loans to cover tuition. When students take out larger loans, a college can charge an even higher tuition. The Daily Caller has noted that “each additional dollar in government financial aid translated to a tuition hike of about 65 cents,” according to the Federal Reserve Bank of New York. As the Daily Caller reported yesterday:

President Joe Biden is planning to forgive $10,000 of student loan debt per borrower, according to a Friday report from The Washington Post.

Biden intended to announce the new student debt forgiveness plan at the University of Delaware’s graduation ceremony Saturday but postponed the decision after a school shooting in Uvalde, Texas on Tuesday, unnamed sources familiar with the issue told The Washington Post. The newest debt forgiveness plan would apply to Americans who in the year prior made under $150,000 and to married Americans who made under $300,000 in joint filings.

The debt forgiveness plan is not final and still subject to change, according to The Washington Post.

President Joe Biden extended a moratorium on student debt payments during the COVID-19 pandemic in April through Aug. 31. If the new forgiveness plan is confirmed, it is uncertain whether the moratorium would be lifted or extended, The Washington Post reported.

Democrats in Congress have urged Biden to order the Department of Education to forgive millions of dollars worth of student debt, claiming the debt has a worse impact on working-class Americans and minority groups. However, the vast majority of student debt is held by upper-middle class and white Americans, studies have shown.

Writing off student loans may also increase the general inflation rate, according to an article in the Washington Post. Andrew Gillen of the Texas Public Policy Foundation argues that it is illegal for Biden to write off student loans like this, because it is beyond what Congress intended presidents to be able to do, and relies on a loophole that doesn’t apply to post-2010 student loans. 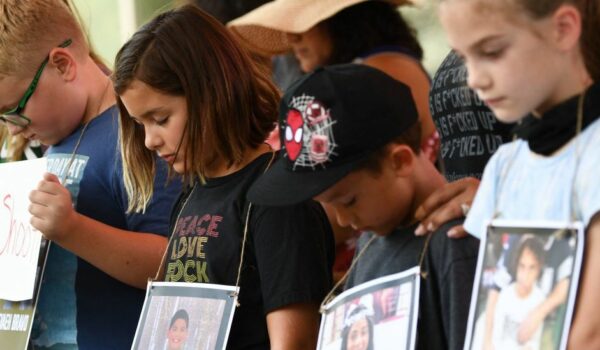 ‘We Felt Like Cowards’: Police Officer Reflects On The Delayed Officer Response At Uvalde School Shooting
Next Post
College enrollment shrinks, in both undergraduate and graduate programs