In an action akin to double jeopardy, “Princeton University has fired tenured classics Professor Joshua Katz, ostensibly for not cooperating with a probe into his sexual relationship with an undergrad 15 years ago,” reports The College Fix:

However, he already served out a punishment — a suspension — for the relationship.

“I am both angry and heartbroken, which is a dreadful combination,” Katz told the New York Times on Monday night. And his attorney, Samantha Harris, told the Times that administrators’ claim that Katz impeded the investigation is a “mischaracterization.”

Katz and Harris have maintained in previous interviews that he was targeted for criticizing anti-racist initiatives on campus and rebuking a group of black students activists for employing highly aggressive tactics.

“The university’s decision will have a powerful chilling effect on free speech, because anyone who might wish to express a controversial opinion knows that they must first ask themselves if their personal life can stand up to the kind of relentless scrutiny that Dr. Katz’s life was subjected to beginning just days after the publication of his Quillette article,” Harris told the Times on Monday.

Katz was a highly decorated Princeton classics professor of nearly 25 years. But his July 2020 “Declaration of Independence” Quillette piece had questioned the racial justice demands lodged by his fellow faculty members. While Katz’s “Declaration” agreed with some of the 48 demands, he called out several as “extra perks for no reason other than … pigmentation.”

He criticized calls for faculty of color to receive “course relief and summer salary” and to give junior faculty of color an extra semester of sabbatical and human resources support….Katz also denounced their request for the university to issue a formal public apology to members of the Black Justice League student group. “The Black Justice League, which was active on campus from 2014 until 2016, was a small local terrorist organization that made life miserable for the many (including the many black students) who did not agree with its members’ demands,” Katz had written.

Katz’s use of the term “terrorist” caused a massive cancel culture campaign against him. In September 2021, Princeton freshmen were taught Katz is an example of racism because of his criticisms. 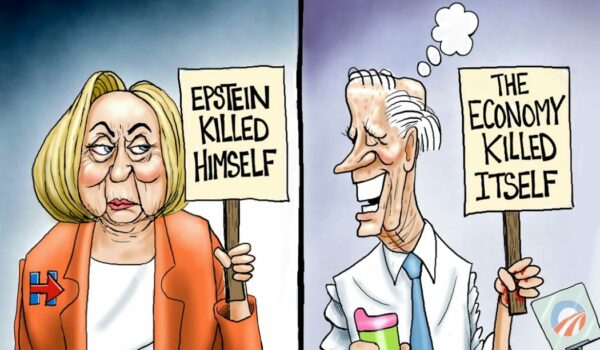 Cartoon of the Day: Econocide
Next Post
Community college students in California must take ‘ethnic studies’ infused with CRT