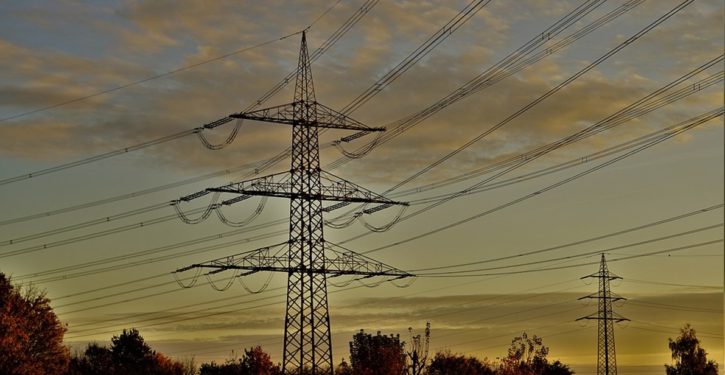 Blackouts are coming this summer, probably to at least a dozen states. News Nation reports:

Blackouts could plague a number of states in the U.S. this summer, regulators warn, as a combination of drought, heat, potential cyber attacks, geopolitical conflicts and supply chain problems could disrupt the power supply, according to a grim new report…large swathes of the U.S. and parts of Canada are at an elevated or high risk of energy shortfalls during the summer’s hottest months.

The Midwest is at especially high risk due to the retirement of older plants, which has caused a 2.3% decrease in capacity from last summer…In the Southwest, plummeting river levels may cripple hydropower production….in Texas drought-related heat events could cause extreme energy demand.

A NERC map shows all states in the western half of the continental U.S., including North Dakota, South Dakota, Nebraska, Kansas, Oklahoma and Texas are at least under elevated risk of energy shortfalls, with parts of the northeastern-most states under high risk…Arkansas, Louisiana, Michigan, Wisconsin, Iowa, Minnesota, Iowa, Illinois and Indiana are either entirely or partly at high risk.

In California, where all 58 counties are under a drought emergency proclamation, officials are already warning residents that more than one million addresses may go dark this summer due to an energy shortfall.

The drought hampers the state’s ability to harvest energy from hydroelectric dams – in 2021, for example, the state was forced to shut off hydropower generation at the Oroville Dam in Northern California for the first time ever.

Wildfires and forecasted hotter-than-normal temperatures are also projected to further strain the energy supply….in Texas… a combination of factors such as extreme demand, low wind and outages at production plants could lead to blackouts.

As Hot Air notes, “When demand for electricity exceeds supply, the utility companies will either have to begin a series of rolling blackouts in all of the affected states or the grid will suffer crippling damage and be down for months.”

This could result in hundreds or even thousands of deaths, as energy runs short due to closures of power plants in the name of fighting climate change:

When the power grid in Texas failed in February of 2021, more than 200 people died, nearly all of them from hypothermia….this won’t just impact California and Texas. A minimum of 14 states will be hit by this in a rolling sequence. As water levels fall, you eventually reach the point where your ability to produce hydroelectric electricity from dams diminishes.

Meanwhile, there are 40 coal-fired power plants scheduled to be taken offline in the name of fighting climate change. No replacement sources for all of that juice have been proposed, to say nothing of having them come online….We need to streamline the regulatory hurdles in the nuclear power approval process to bring more of the next-generation small module reactors (SMRs) online quickly wherever it is practical to do so. 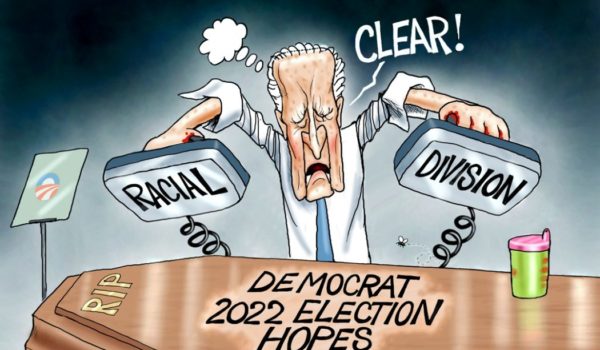