America’s national debt is currently $30.4 trillion — an astronomical number confounding most Americans who are more familiar with the word “billion.” Thus, a more relatable calculation is that $30,000 billion equals $30 trillion. And, if our government cared to raise public awareness about this massive debt, the Treasury might consider sending us a monthly “national credit card statement.” For example, the May balance would appear as $30,457,000,000,000 (rounded because it grows by the second), with an asterisk warning about rising interest rate charges that add another $433.8 billion.

Furthermore, the 43 percent of Americans who paid some federal income tax in 2021 might receive their monthly statement printed on gold-tinted paper to highlight their $242,985 share of the debt. But all “citizens” could receive a monthly postcard indicating a more manageable debt share of $91,476.

All of this data is shown on the U.S. Debt Clock, which I have called the “ticking time bomb of doom” in past writings. Meanwhile, as the ticking grows louder, the debt clock displays troubling vital signs of a nation on an unsustainable economic trajectory. Note that today’s $30.4 trillion in national debt increased by $2.1 trillion from June 2021. At current spending rates, it is projected to reach $41 trillion by 2026.

Now brace yourself for the shocking truth concerning U.S. unfunded liabilities — payments the government owes and promises its citizens without the funds to fulfill those obligations. These payments include Social Security, Medicare Parts A, B and D, federal debt held by the public, plus federal employee and veteran benefits.

All Americans should be alarmed by these jaw-dropping numbers, with soaring inflation and rising interest rates part of this broader problem. For decades, our nation has spent and promised more than it can generate through federal tax revenue — currently at $4.2 trillion. Although a vast amount of revenue, it is still a small percentage compared to federal government spending and out-of-control unfunded but promised payments.

Remember when a “balanced budget” used to be among the top issues and goals in Washington? When was the last time you heard any elected official utter that phrase?

Our elected leaders are reluctant to discuss mounting debt and unfunded liabilities because that would force them to make painful decisions about increasing taxes and cutting spending — actions that put them at risk of being voted out of office. And that is why, during this midterm election year, you will not hear federal candidates or incumbents mention the warnings found in an April report from the nonpartisan Congressional Budget Office (CBO). Ominously titled “The Economic Effects of Waiting to Stabilize the Federal Debt,” the report states: “Perpetually rising debt would also increase the likelihood of a fiscal crisis and pose other risks to the U.S. economy.”

To explain those “risks” of “rising debt,” I asked Desmond Lachman, a senior fellow at the American Enterprise Institute who specializes in economic issues, for some comments. In an email, he wrote:

“The very high public debt level means that for many years the government will be obliged to dedicate a large amount of its spending to pay interest on its debt. That will leave less money for the government to be spent on other items that might improve public welfare. It will also likely require higher interest rates that will limit investment needed to get the economy to grow more rapidly. In short, by running up the debt, we have mortgaged the economic future of our children and our grandchildren.”

So far in the 21st century, let’s examine how the national debt has spiraled out of control compared to the Gross Domestic Product (GDP).

In 2012 the debt had reached $15.2 trillion — slightly surpassing the $15.1 trillion GDP.  Also significant is that in the 10 years since 2012, the national debt has doubled in size to the previously mentioned $30.4 trillion.

Then in 2020, the COVID-19 economic shutdown, combined with President Trump initially pumping $2.2 trillion into the economy, resulted in the national debt rising to $26.9 trillion, with the GDP lagging at $22.1 trillion.

Today our economy is still recovering, with a growing gap between the $30.4 trillion debt and the $23.6 trillion GDP — yielding a federal debt-to-GDP ratio of 129 percent.

AEI’s Desmond Lachman included a stunning fact in his email comments: “Our debt to GDP ratio now is higher than it was at the end of the Second World War.”

Moreover, the previously mentioned CBO report also warned: “A perpetually rising debt-to-GDP ratio is unsustainable over the long term because financing deficits and servicing the debt would consume an ever-growing proportion of the nation’s income.”

Our leaders in Washington are not leveling with the American people about our economic unsustainability. The CBO report advises that to avoid a fiscal crisis, “debt must be stabilized.” That means the pain of spending cuts in conjunction with raising taxes must be instituted as soon as possible.

Therefore, incumbents and House and Senate candidates who fail to make the national debt crisis a national priority during an election year contribute to this national travesty. 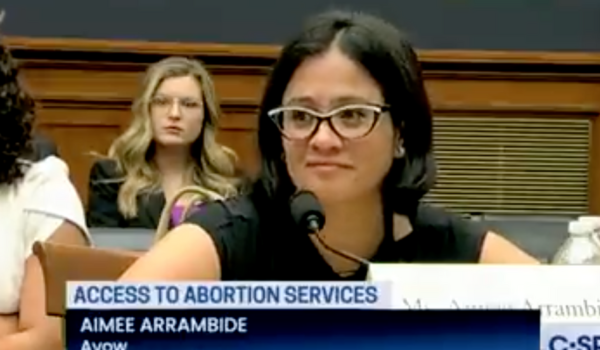 Dem Witness Says Men Can Get Pregnant And Have Abortions
Next Post
Cartoon of the Day: One Man’s Trash… 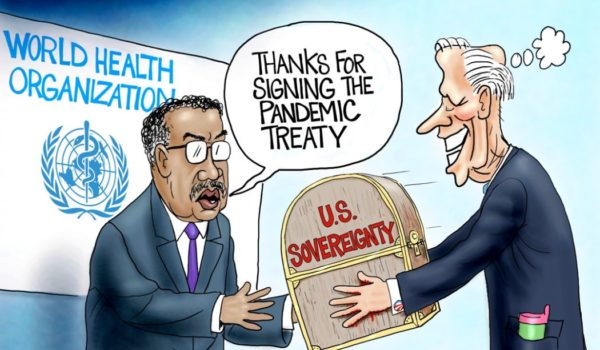