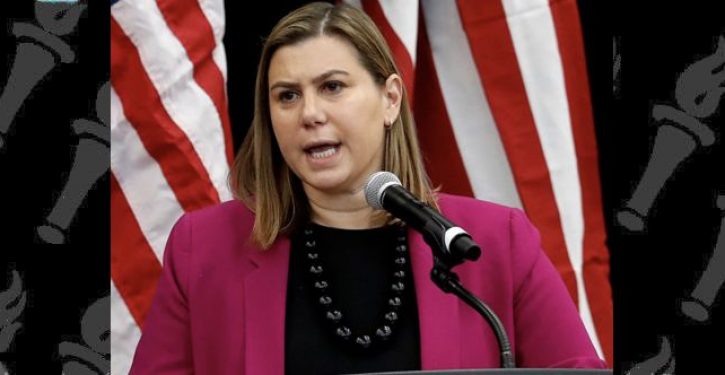 There is no sign yet of a red wave in 2022, the way there was a blue wave in 2018 that enabled the Democrats to take control of the House of Representatives from Republicans.

A Republican candidate for the Michigan House of Representatives who made headlines in March for suggesting that women who are raped should “lie back and enjoy it” has lost his race in a surprise defeat. Robert “RJ” Regan has lost his bid to represent Michigan’s 74th district…Democrat Carol Glanville had defeated Regan in the special election by more than 1,500 votes based on results as of 10.30 p.m. ET, winning 51 percent of the vote to Regan’s 40 percent, while 7.9 percent support went to write-in candidates.

Regan had been considered the leading contender to win the race as the 74th district has traditionally been deep red and has never been represented by anyone other than a Republican.

Congresswomen Elaine Luria (D-VA02) and Elissa Slotkin (D-MI07) are viewed by pollsters as two of the most vulnerable House Democrats. Luria is in a Republican-leaning district Trump carried twice, and Trump carried Slotkin’s district in 2016. Yet, polls have both of them in the lead over Republican challengers, respectively, by +5 and +6. Not the sign of a big red wave.

Republicans are doing better in most special elections this year than they did this week in Michigan.

But they are not doing great. They aren’t winning special elections by much bigger margins in most states than in 2020. By contrast, in 2018, before the Democrats took control of the House of Representatives, they were getting 10% or more higher vote totals in special elections than they got in those same districts in the 2016 election.

So special election results suggest that 2022 won’t be a “red wave” election, and Republicans may not take control of either house of Congress.

In theory, swing voters may prefer the average Republican to an average Democrat in some of these districts. But when confronted with the actual Democrat and actual Republican on the ballot, they pick the Democrat (perhaps because Democrats are better at camouflaging themselves as moderates than Republicans are).

Some Republicans scream “RINO” or “cuckservative” when a Republican candidate makes moderate noises during an election campaign, even though sounding moderate is often needed to win the general election. Due to this attitude, the strongest Republican candidate, who avoids sounding extreme, often loses a primary to somebody who sounds more extreme by making right-wing noises. Unlike Democrats, who allow their candidates to fake being a moderate in order to win. After being elected, so-called “moderate” Democrats vote with progressives and the hard left 98% of the time on legislation. But at least they know how to sound being moderate, unlike most Republican candidates.

The fact that Donald Trump endorses a candidate in a primary does not mean that candidate is the most electable. Trump has his virtues, and adopted many of the right policies. But he is obviously not a great judge of character or competence: Trump appointed many officials who later stabbed him in the back, trash-talked him behind his back, committed political blunders, or failed to carry out his agenda. If Trump didn’t know how to pick the best officials for his own administration, why do people think he knows who is the best candidate in a Republican primary, in a state where he has never lived? If he couldn’t tell which people supported his policies when he appointed them, then he probably can’t tell which candidates would support his policies if they get elected. Sad to say, during Trump’s presidency, House Republicans got slaughtered, and the GOP lost governorships in various states.

The fact that Trump is better than Biden as a president doesn’t mean he knows which other Republicans have the best chances of winning an election.