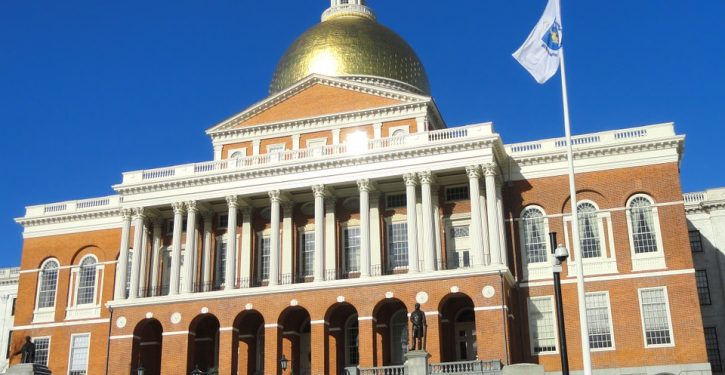 In a 9-0 ruling, the Supreme Court has just concluded that the city of Boston violated the First Amendment when it allowed many groups to fly flags outside City Hall while denying that opportunity to a religious group.

For over a decade, Boston has permitted flags unconnected to the government to be flown in City Hall Plaza for privately-sponsored ceremonies. 50 different flags have been raised there in around 300 ceremonies. Many were associated with organizations or causes.

Five years ago, Harold Shurtleff, director of the Christian organization Camp Constitution, requested permission to hold a flag ceremony at City Hall Plaza. Its request was denied. Officials claimed that allowing this Christian group to fly a flag would amount to endorsement of religion in violation of the Establishment Clause. Shurtleff sued. The First Circuit Court of Appeals ruled that Boston was engaged in “government speech” by hosting these flags. Thus, it said, the city could reject Camp Constitution, without transgressing the First Amendment, by citing the desire to avoid entanglement with religion as justification.

But in its May 2 ruling in Shurtleff v. Boston, the Supreme Court ruled Boston’s flag-raising program does not constitute government speech, but rather private speech protected against viewpoint discrimination by the First Amendment. Prior to Camp Constitution’s request, Boston didn’t vet anybody who requested to fly a flag or hold a ceremony at City Hall Plaza. The city just approved them and had no written policies explaining what is or is not allowed. Because the city government was not actually paying attention to what the flags represented before Camp Constitution came along, the Justices determined the flying of these third-party flags didn’t constitute city-endorsed messages. Thus, blocking its flag for religious reasons violated the First Amendment.

Democratic-appointed Justice Stephen Breyer (who just retired from the Court) wrote the Court’s opinion: “When a government does not speak for itself, it may not exclude speech based on ‘religious viewpoint’; doing so ‘constitutes impermissible viewpoint discrimination.'”

Several of the Republican-appointed justices wrote concurrences agreeing with the decision but also raising questions about the way courts and government officials apply various tests to religious speech on public property. Justice Brett Kavanaugh argued that while the city may have believed it would violate the Establishment Clause by flying a religious flag, Supreme Court precedent indicates that the government doesn’t violate the Establishment Clause by treating religious and secular speech equally, even in the public sector.

Justice Samuel Alito wrote another concurrence (joined by Justices Gorsuch and Thomas) arguing that the court needs to more clearly delineate when a speaker is purely private or government-endorsed, in order to avoid future censorship of private speech by local governments. He expressed concern that cities might respond to the Court’s main opinion (the one by Justice Breyer) by imposing more rules about what kinds of flags are allowed, which could result in more governmental viewpoint discrimination in the future:

Under the Court’s factorized approach, government speech occurs when the government exercises a “sufficient” degree of control over speech that occurs in a setting connected with government speech in the eyes of history and the contemporary public, regardless of whether the government is actually merely facilitating private speech. This approach allows governments to exploit public expectations to mask censorship.

Justice Neil Gorsuch (joined by Clarence Thomas) also wrote separately that it is the Supreme Court’s own fault that Boston (and other local governments) consistently misunderstand the Establishment Clause. That is because of the Supreme Court’s fuzzy 1971 decision in Lemon v. Kurtzman. It ruled that states generally violate the Establishment Clause by funding religious private schools. That decision established a fuzzy, mushy, three-prong test to determine whether a government policy entangles church and state.

Rather than providing clear guidance or resolving conflict, Gorsuch observes, the Lemon test has “produced only chaos” because the “seemingly simple test produced more questions than answers.” What does it mean to “advance” or “inhibit” religious practice? When does the government get “excessively entangled” in religion? In this case, all the justices agreed that simply flying a flag did not entangle church and state—but given the ambiguity of the Lemon test, it’s easy to see why city officials may have thought they would violate the Constitution if they didn’t reject Camp Constitution’s flag.

Faced with such a malleable test, risk-averse local officials found themselves in an ironic bind. To avoid Establishment Clause liability, they sometimes felt they had to discriminate against religious speech and suppress religious exercises. But those actions, in turn, only invited liability under other provisions of the First Amendment.

That’s precisely what occurred. Gorsuch calls the Lemon decision and the multi-factor test it created “an anomaly and a mistake” that the Supreme Court has essentially stopped using in its decision-making, without admitting it has stopped doing so. But local governments haven’t gotten the message, and continue to apply the fuzzy test, with messy results.