“Russia’s energy export revenue in 2022 is expected to increase by more than a third from 2021 and drive the country’s account-balance surplus to a record high,” reports CNS News. “Sanctions imposed by countries opposing the invasion of Ukraine haven’t dampened the performance of, and outlook, for Russia’s energy export revenue and current-account.”

“For all the hardships visited on consumers at home and the financial chokehold put on the government from abroad, Bloomberg Economics expects Russia will earn nearly $321 billion from energy exports this year, an increase of more than a third from 2021. It’s also on track for a record current-account surplus that the Institute of International Finance says may reach as high as $240 billion.”

Russian oil sales to India and China have remained strong, and European nations have kept buying natural gas from Russia, according to OilPrice.com:

“Russia’s current-account surplus more than doubled in the first quarter of 2022, hitting the highest level in decades,” CNS News notes.

“Russia reported the largest current-account surplus since at least 1994, as revenues from oil and gas exports surged and imports plunged after the U.S. and its allies imposed sanctions over President Vladimir Putin’s invasion of Ukraine.

“The current account, the broadest measure of trade in goods and services, reached a surplus of $58.2 billion in the first quarter, more than 2.5 times the $22.5 billion reported a year earlier, the Bank of Russia said Monday.”

Democrat Pushes Bill That Would Double Income Tax For Those Who Don’t Get Vaccinated
Next Post
Cartoon of the Day: Information Deficit Disorder 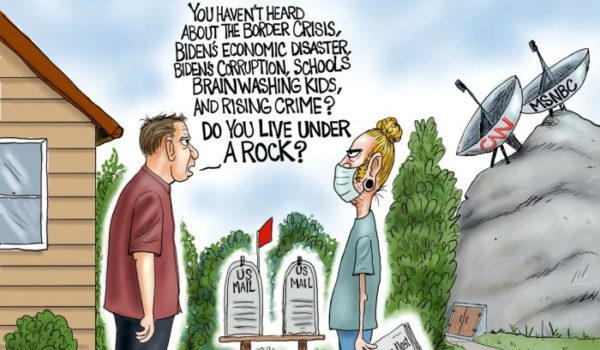