A special grand jury was convened in Virginia on April 7 amid an investigation into a public school board’s handling of sexual assault, according to LoudounNow.

The nine-member special grand jury was convened by the Commonwealth’s Attorney General Jason Miyares amid his investigation into two sexual assaults that took place at Loudoun County Public School’s (LCPS) Broad Run High School and Stone Bridge High School, according to LoudounNow. The jury was impaneled by a Loudoun County Circuit Court judge.

The inquiry began after Gov. Glenn Youngkin issued an executive order permitting an investigation into the school board. (RELATED: Loudoun County Superintendent Informed School Board Of Alleged Sexual Assault, Contradicting Board’s Claim It Was ‘Not Aware’)

Multiple sources have confirmed that a special grand jury has been convened re: the investigation into the Loudoun County School Board’s handling of multiple sexual assaults in LCPS high schools #loudoun #lcps

LCPS Public Information Officer Wayde Byard issued a statement insisting that the school will cooperate with the “lawful requests” of the special grand jury.

“LCPS intends to cooperate with the lawful requests of the special grand jury, while protecting the privacy rights of our students to the extent permitted by law and in accordance with all applicable legal privileges,” Byard said.

Special grand juries can be impaneled via a request from a commonwealth attorney to investigate criminal activity or investigate whether criminal indictments are warranted, according to LoudounNow. The special grand jury is expected to investigate for approximately six months, though a judge can extend the timeline. If at least five jurors vote to issue an indictment, the case would be heard by a regular grand jury. A regular grand jury ultimately has the authority to move a case to the Circuit Court.

The special grand jury came as Youngkin proposed amendments to a bill seeking to move up the date of LCPS’ school board elections to this November, shortening the terms of board members by one year.

LCPS claims that Youngkin’s amendments seek “to undo a fair and free election.” The district claims that a special election would also “hinder the operations of the School Board and school division in effectively serving its students.” 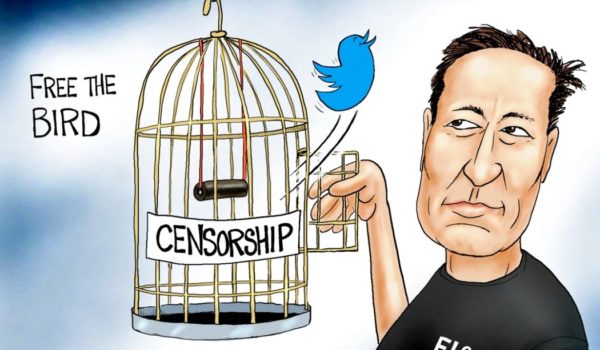 Cartoon of the Day: Free Bird
Next Post
Will Trump practice ‘the art of withdrawal’ ahead of 2024 presidential primaries?