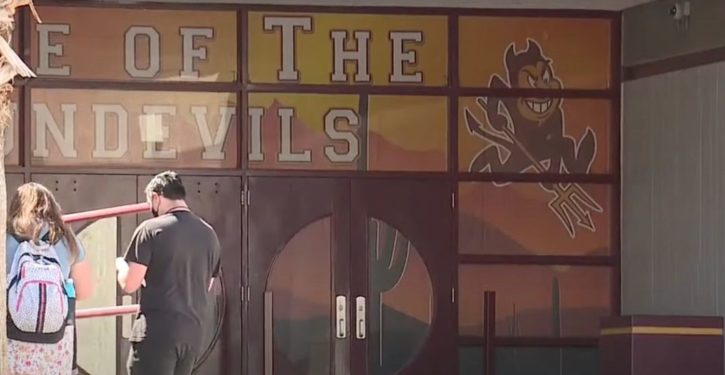 A Nevada high school student who attacked his teacher over his grades was arrested and charged with attempted murder and sexual assault, police said Friday.

The Las Vegas Metropolitan Police Department (LVMPD) responded to the incident after they received a dispatch about an injured teacher, according to a press release. The teacher, who was not identified, sustained multiple injuries during the incident and was transported to a local hospital for treatment. The incident occurred at Eldorado High School, 8 News Now reported.

The teacher was in her classroom when a 16-year-old student entered and confronted her about his grades, police said. The student allegedly became violent, punched his teacher and strangled her “until she lost consciousness,” the release indicated. The student fled the classroom following the attack and the teacher was eventually found by a janitor, according to 8 News Now. (RELATED: Police Say Five-Year-Old Attacked Teacher In Class, Leaving Her Dry Heaving And On A Stretcher)

Eldorado High School principal Christina Brockett reacted to the incident via an email she sent to parents Thursday, according to KTNV. “We are doing everything possible we can to support our students, staff, and community,” she said in the email. “Eldorado is an amazing school with students and staff who are here to support each other.”

A protest intended to address violence in Clark County District Schools has been set for Wednesday, KTNV reported.