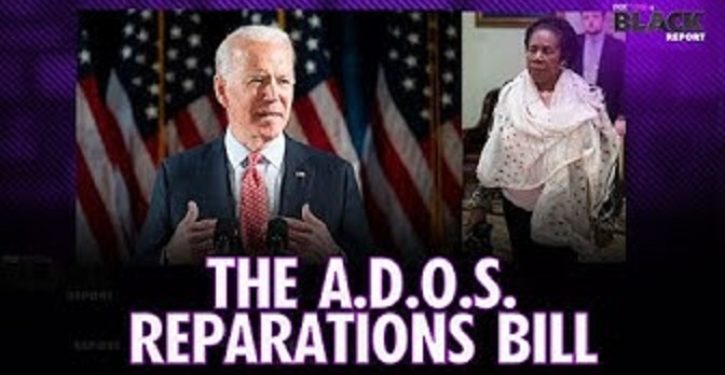 California’s reparations task force voted on March 29 to recommend that the state pay compensation to black residents “based on lineage determined by an individual being an African American descendant of a chattel enslaved person or the descendant of a free black person living in the United States prior to the end of the 19th century.” The task force was created in 2020 when Governor Gavin Newsom signed into law a bill to study reparations. Its recommendation will be included in a final report to be issued by 2023.

Leading Democrats support reparations, although lawyers have argued that government-funded reparations would be an unconstitutional racial preference. “During the 2020 presidential primaries, nearly all the Democratic candidates were favorably inclined,” notes the National Review:

Last year, Evanston, Ill., became the first U.S. city to adopt a reparations plan, which would provide up to $25,000 to each black household….Last week, Berkeley, Calif., allocated $350,000 to fund development of its reparations plan. A 2019 Associated Press–NORC Center for Public Affairs Research poll found that just 15 percent of white Americans favored reparations for descendants of slaves, compared to 44 percent of Hispanics and 74 percent of blacks…In 2020, Rashawn Ray and Andre M. Perry, senior fellows at the Brookings Institution, delivered the progressive case for reparations.

Ray and Perry argue that even rich and famous black Americans are entitled to reparations:

One key question after deciding what a reparations package should include is who should qualify. In short, a Black person who can trace their heritage to people enslaved in U.S. states and territories should be eligible for financial compensation for slavery. Meanwhile, Black people who can show how they were excluded from various policies after emancipation should seek separate damages. For instance, a person like Senator Cory Booker whose parents are descendants of slaves would qualify for slavery reparations whereas Senator Kamala Harris (Jamaican immigrant father and Indian immigrant mother) and President Barack Obama (Kenyan immigrant father and white mother) may seek redress for housing and/or education segregation. Sasha and Malia Obama (whose mother is Michelle Robinson Obama, a descendant of enslaved Africans) would qualify.

They also argue that reparations have past precedent in the Marshall Plan and federal payments to Japanese-Americans interned by the federal government in World War II. National Review argues these weren’t analogous to paying reparations to black Americans:

In 1988, the U.S. approved payments of $20,000 to each of about 80,000 living Japanese Americans who had been interned during World War II, a total of about $1.6 billion. Ray and Perry invoke this program….as a justification for black reparations. They also point to Marshall Plan assistance to Europe, which “helped to ensure that Jews received reparations for the Holocaust” from Germany, as a basis for their claim that reparations “are not foreign to the United States.”

The U.S. payments to Japanese Americans were nominal sums to acknowledge the wrongs they had suffered. The U.S. had no role in funding the German post-war payments of about $1 billion, which stretched over many years, long after the Marshall Plan concluded.

Most estimates for the amount that should be paid as reparations range from about $12 trillion to $20 trillion in 2020 dollars, with some who favor reparations advocating considerably more, depending on who is eligible and how the “loss” is computed. For those who base their calculations on the wages, benefits, and other losses suffered by America’s black slaves, the amount of reparations demanded increases each year with inflation and interest rates….

Payment of reparations today neither places liability on the wrongdoers — who are, after all, long dead — nor makes right what any victim of slavery suffered. There is no doctrine in the United States that holds children liable for the crimes of their parents, much less their distant ancestors; nor do children inherit their ancestors’ debts. Race is not an exception, and, in any event, too much has changed nearly 160 years after the Emancipation Proclamation and the 13th Amendment to fairly attribute and allocate damages….In 1860, there were 395,216 slave-owners. That was about 1.4 percent of the total U.S. population…

The National Review also argues that reparations can’t be based on America unjustly benefiting from slavery, because slavery harmed America (including whites) more than whites benefited from exploiting black people — slavery caused the Civil War, which cost the country (including whites) much more than the value of America’s slaves, resulting in a “high cost paid by Northerners who refused to own slaves. The North abandoned its security and prosperity to field an army of 2.5 million men, of whom 365,000 died in battle, in captivity, or from disease and 275,000 were wounded in action. The direct cost of the war to the North exceeded the $3 billion value the University College London placed on the slaves. The direct cost to the South was almost as much. Those who argue that slavery was fundamental to American prosperity overlook considerable research that cotton was not the main driver of American prosperity before the Civil War, and that after the war, the remnants of slavery slowed growth, particularly in the South….Reparations are particularly inappropriate in California…The state was admitted to the Union in 1850 as a free state, in which slavery was prohibited.”

The National Review also asks why proponents of reparations fail to take into account the trillions in government payments that have already been made in ways that disproportionately benefit African Americans: “There have been trillions of dollars of transfer payments through welfare, food stamps, loan payments, enterprise zones, minority contracting, and affirmative action. Aren’t those reparations? Why would calling payments ‘reparations’ change the outcome? Giveaways create dependency, not a path toward self-actualization.”

Reparations can cost a lot. The African nation of Zimbabwe pursued a policy of reparations. It wrecked its economy by doing so, resulting in hyperinflation and leaving even its black population worse off.

Reparations may not fix the racial “wealth gap” anyway. Many people just spend windfalls they receive from the government, rather than saving or investing the money. When Uganda seized the businesses of Indian immigrants without compensation and gave them to blacks as reparations for colonialism, the businesses did not last for long afterwards, and Uganda’s economy collapsed. When Uganda let Indians come back to Uganda and set up businesses again 14 years later, Indians once again ended up dominating Uganda’s economy, even though they had to start from scratch.

Slavery and discrimination, moreover, are not the cause of most present-day racial disparities in wealth. Most wealth is not inherited, and most of the wealth gap between whites and blacks is not due to inherited wealth. Non-white immigrants from Africa and Asia commonly earn more than whites do, showing that racism is not a barrier to success. Asian Americans have the highest average net worth and highest average income, despite harsh discrimination against Chinese and Japanese Americans in the past. 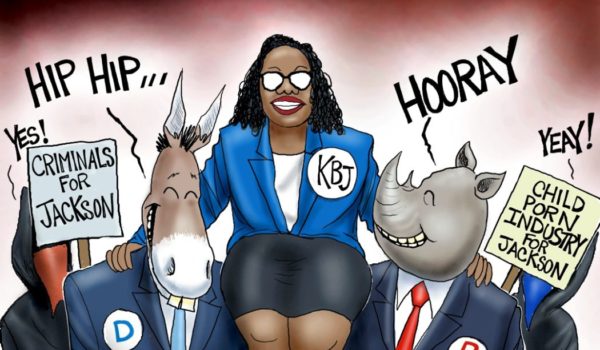