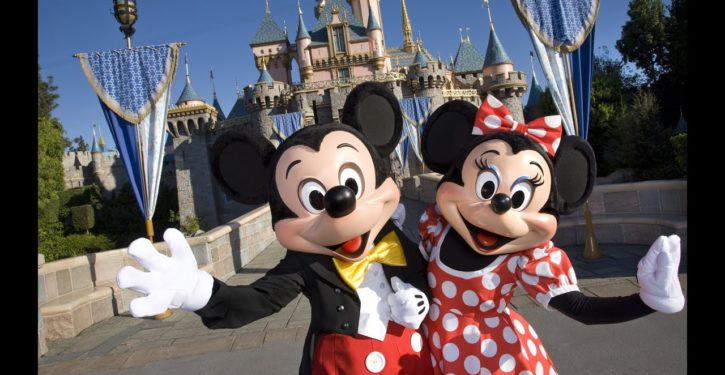 The Walt Disney Company is staying silent following reports it helps the children of its employees with sex change procedures through its benefits program.

A leaked video shared by Manhattan Institute senior fellow Christopher Rufo Thursday purportedly showed a Disney internal meeting in which a man explained Disney’s efforts to help employees “express their gender” at the company. Disney has not publicly addressed its efforts to help employees medically transition their children to the opposite sex following the release of the video, and did not respond to multiple requests for comment from the Daily Caller News Foundation.

He reportedly said employees could work with the company’s benefits team to get information about gender transitions for themselves and their children, according to the video. (RELATED: ‘Protect Our Families’: Disney To Run Ad About Trans Children For LGBT Activist Group)

NEW: Disney has adopted a benefits program to assist employees and their minor children with “gender affirmation procedures.” This type of treatment typically includes puberty blockers, breast removal, and genital surgeries for “kids who are transitioning.” pic.twitter.com/a2zSSboe0S

Disney is also covering drugs that halt puberty for children under 18 as well as a long list of “gender affirming” procedures for adults including genital implants through its health insurance company Cigna, according to a document on gender affirmation coverage shared by Fidelity Investments, which manages Disney’s benefits program.

Can Ukraine Ever Win?
Next Post
New Jersey to teach first-graders about ‘gender identity,’ & that you can have ‘boy parts’ yet be a girl