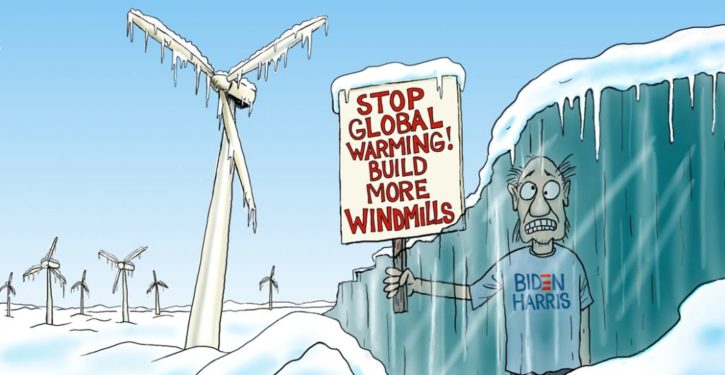 A wind energy company pleaded guilty to criminal charges and was ordered to pay over $8 million in fines and restitution after its wind farms killed at least 150 eagles, reports the Associated Press:

NextEra Energy subsidiary ESI Energy was also sentenced to five years probation after being charged with three counts of violating the Migratory Bird Treaty Act during a court appearance in Cheyenne, Wyoming. The charges arose from the deaths of nine eagles at three wind farms in Wyoming and New Mexico.

In addition to those deaths, the company acknowledged the deaths of golden and bald eagles at 50 wind farms affiliated with ESI and NextEra since 2012, prosecutors said. Birds were killed in eight states: Wyoming, California, New Mexico, North Dakota, Colorado, Michigan, Arizona and Illinois.

NextEra, based in Juno Beach, Florida, bills itself as the world’s largest utility company by market value. It has more than 100 wind farms in the U.S. and Canada and also generates natural gas, nuclear and solar power

Almost all of the eagles killed at the NextEra subsidiary’s facilities were struck by the blades of wind turbines, prosecutors said. Some turbines killed multiple eagles and because the carcasses are not always found, officials said the number killed was likely higher than the 150 birds cited in court documents.

Unlike wind farms, nuclear power plants don’t kill birds. And “wind turbines, surprisingly, kill more people than nuclear plants,” notes Michael Shellenberger, who was named a “Hero of the Environment” by Time magazine. “Nuclear power is the safest form of energy we have, if you consider deaths per megawatt of energy produced,” notes a Yale University professor.