The bill’s sponsors successfully persuaded 10 House lawmakers and 5 in the Senate to switch positions on the bill after initially opposing the legislation, the Associated Press reported. Utah has become the 12th state in the U.S. to impose restrictions on transgender athletes.

Utah Senate President J. Stuart Adams held the override vote to “preserve the integrity of women’s sports and ensure it remains fair and safe for all.”

We must work to preserve the integrity of women’s sports. Finding a solution to this complicated issue is necessary to maintain fair competition now and in the future. #utpol pic.twitter.com/YnUbGMD08J

Cox was one of two Republican governors, along with Indiana Gov. Eric Holcomb, to veto bills surrounding transgender athletics this week. Cox cited fear of legal challenges to the bill, and said it would “likely bankrupt” the Utah High School Athletic Association. He also noted the lack of public support and discussion about the policy.

He further argued that only four transgender students participate in high school sports in Utah, and only one competes on a girl’s team. (RELATED: Gov. DeSantis Recognizes Female Swimmer As Real Winner In Race Won By Trans Athlete Lia Thomas)

Some Republican lawmakers continue to oppose the bill, including Sen. Daniel Thatcher, who said he “cannot support the veto override and if it costs me my seat so be it. I will do the right thing, I always do,” according to the outlet.

The bill’s sponsor, Republican Rep. Kera Birkeland, proposed that trans student-athletes go before a government-appointed commission to conduct body measurements before any participation on the opposite sexes team, the AP reported. The proposal was not approved.

Legislation banning men from competing women’s sports has been introduced in at least 25 states, the Associated Press reported. Groups including the American Principles Project have pushed to restrict women’s sports for female athletes only.

“You start these fights and inject them into politics,” Terry Schilling, president of the American Principles Project, said. “You pass them in a few states and it starts to take on a life of its own and becomes organic. We helped start this fight and we’re helping carry it through, but a lot of this is coming from the local level.”

The push for the ban sparked after transgender swimmer Lia Thomas, a biological male, won the 500-free style in the NCAA Swimming Championships, casting out several female athletes from competing. 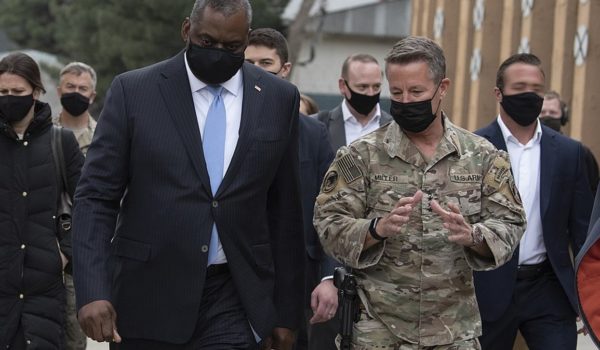