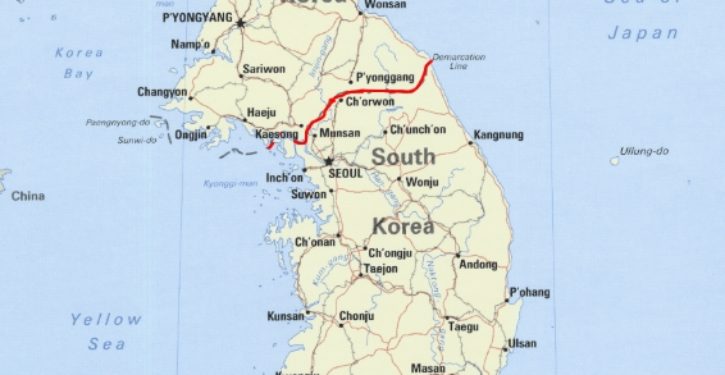 The country is home to 52 million people and is currently averaging 400,000 cases per day, according to Hot Air. On March 17, the number of reported cases rose by 55%, totaling 621,328 with 429 deaths in the same 24-hour period, reported the Washington Post.

Since I praised South Korea’s handling of COVID 4 months ago, I should also comment on the Covid crisis that is happening there now.

1) We see what omicron can truly do when it enters a country where very very few have had COVID before. pic.twitter.com/NS23zUlgIL

To put into context how enormous this outbreak is, Hot Air stated that it is the equivalent of 2.5 million cases per day in the United States if adjusted for population. The highest number of Omicron cases in the U.S. last year was 800,000 per day, so South Korea is currently experiencing nearly three times the number of cases per capita, the outlet continued. (RELATED: Omicron Is 80% Less Likely To Hospitalize Than Prior COVID-19 Strains, Study Finds)

Though South Korea did not lockdown as heavily as the U.S. and other countries, health authorities were quick to implement technologies for contact tracing and constant testing at the start of the pandemic, which is likely why their case numbers were so low between February 2020 and January 2022, according to Hot Air. The sudden surge is being blamed on the country rolling back these pandemic measures in the last few weeks, the Washington Post noted.

The nation is experiencing relatively few fatalities from the Omicron BA.2 variant, with a current death rate of only 0.14%, the Washington Post continued. More than 85% of South Korea’s population are fully vaccinated, and children aged 5 to 11 will start to be vaccinated at the end of March.

Cases of COVID are spiking across Asia as well as a growing mental health crisis, according to Vox. Hong Kong reported the world’s highest death rate per capita from the virus as hospitals and morgues are “overflowing” with bodies left unattended, some in rooms with other patients or in the middle of hallways, according to NBC.

New development collapses due to rent control law in St. Paul
Next Post
Judge Ketanji Brown Jackson says she can’t even define what a woman is