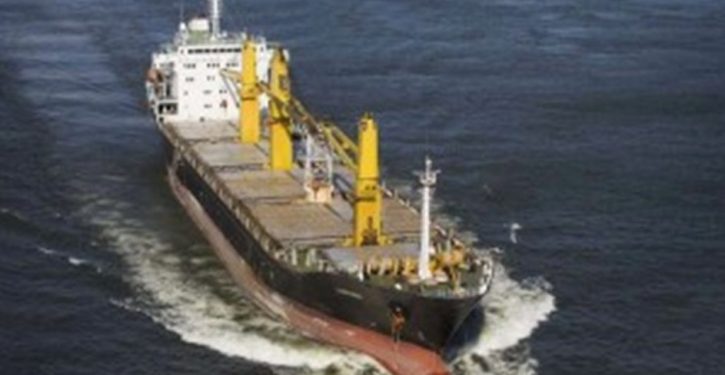 As inflation continues to climb, Americans facing ever-higher prices at the pump and just about everywhere else are understandably looking for the culprit.

A big reason for that is Congress spending trillions of dollars it didn’t have for two straight years as if deficits didn’t matter, but the other part is supply chains. And while the gumming up of supply chains is a multifaceted issue, one archaic law that just refuses to go back where it belongs — in the past — makes a lot of those issues worse.

That law, the Jones Act of 1920, prevents cargo from being carried between two U.S. ports unless it is carried on a U.S.-flagged vessel which is owned by U.S. citizens and crewed by Americans. In other words, a French cargo ship can dock in Boston, but it can’t continue on to Savannah.

Supporters say that the Jones Act protects the domestic shipbuilding industry. Unfortunately, what it really does is introduce costly distortions to ordinary shipping arrangements. For example, Hawaiian ranchers sending their cows to the continental U.S. often find it cheaper and easier to fly them than to find a Jones Act-compliant vessel to transport them.

While cows on a plane seems almost whimsical, the Jones Act can create some more serious problems as well. For example, despite the fact that the United States produces the most oil in the world and is a net exporter of gas, the United States still imported Russian crude oil until President Biden banned the practice in the wake of the Russian invasion of Ukraine.

Why? Well, because of the Jones Act, it’s usually far cheaper for refineries in the Northeast and on the West Coast to import crude oil from foreign countries than to get it shipped from American producers in the Gulf Coast region. After all, as of 2019 there were only 182 Jones Act-compliant vessels total and only 63 tankers, none of which could carry LNG.

Under those circumstances, it’s no wonder refineries prefer to just import from other countries — at least from foreign sources importers can find ships to carry the cargo. One report found that it cost refineries in California 67% more to receive crude from the Gulf Coast than to import it from Singapore.

Of course, businesses don’t always get around the Jones Act by importing from other countries. On the coasts, they often will transport cargo on highways. That’s right — you can also blame that wall of 18-wheelers on I-95 that you can’t get by on the Jones Act.

The Cato Institute estimates that a quarter of the trucks on the coasts could have their cargos more cost effectively transported by coastal shipping if the Jones Act did not exist. It’s why 20% of European domestic freight is transported by water, while that number is less than five percent in the United States.

It’s a great irony that the Jones Act is often labeled as protectionist for shielding the domestic shipbuilding industry (or what’s left of it) from competition. Yet at the same time, it also pushes the supply chain to be more reliant on imports than domestic goods, artificially favoring foreign businesses over homegrown suppliers.

And even more ironic is the fact that it is often defended on spurious national security grounds. Yet now, cutting off the importation of a resource that the United States has in abundance from a geopolitical foe is costing Americans at the pump. Repealing the Jones Act would go a long way toward smoothing out these distortions and promoting American energy independence.

The Jones Act pollutes so many areas of our economy that we’ve grown used to the costs it imposes on the economy to protect a tiny and stagnant domestic shipbuilding industry. Congress could strike a blow at clogged-up supply chains, inflation, and energy prices all at once by leaving it back in the previous century where it belongs. 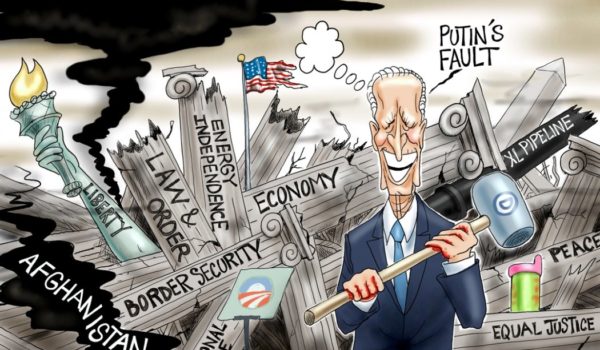 Cartoon of the Day: Mission Accomplished
Next Post
Many farmers don’t benefit from skyrocketing wheat prices