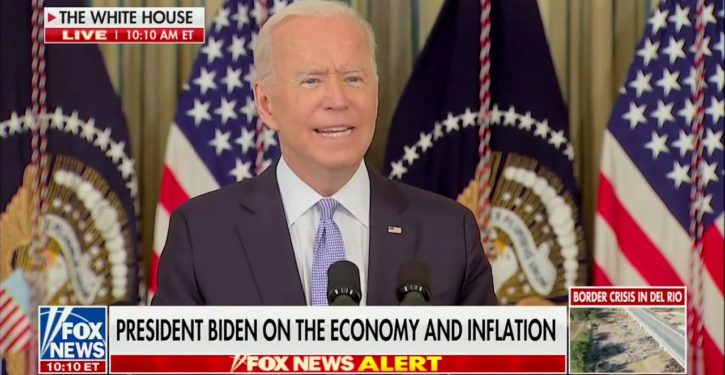 News from the Bureau of Labor Statistics (BLS) that February’s all-item Consumer Price Index (CPI) skyrocketed 7.9 percent on a year-over-year basis came as no surprise to American consumers. It was the largest increase since 1982…Expressing concern about soaring gasoline prices, President Joe Biden called it “Putin’s price hike.” While shifting the blame for inflation to a foreign despot may be attractive politically, the BLS report tells us that the price surge had nothing to do with Russia’s invasion of Ukraine on February 24, too late to have much impact on the monthlong survey of daily gasoline prices.

The BLS report showed the food index was up 7.9 percent for the year and, yes, gasoline was up 37.9 percent. It may be worth remembering that the U.S. average price of a gallon of gas in January 2021 was $2.38; in January 2022, the price was about a dollar higher at $3.32. By March 10, the price was another dollar higher at $4.31…For too long now, our political leaders have been unwilling to accept the notion that their policies are the major source of inflation, that the inflation embedded in our economy is not transitory, that inflation is not just associated with sudden supply chain problems, and that inflation is not caused by business leaders suddenly becoming unusually greedy. Few have admitted inflation is created in Washington, here to stay, and likely to worsen over the next 12 months.

Many analysts (and even Biden’s Council of Economic Advisers) now recognize that, fed by trillions of stimulus dollars distributed in 2020–21….prices had to sail higher….

Easing energy supply constraints and thus making gasoline cheaper will involve encouraging more drilling and more fracking, in addition to rethinking and revising regional formulation differences required by the Environmental Protection Agency that make gasoline more costly. We should remove anti-competition policies like the Jones Act, which bans foreign-built or foreign-owned vessels from U.S. coastal shipping, making it more costly to move petroleum products domestically. But looking for ways to reduce overall inflation requires recognizing that inflation is first and foremost a monetary phenomenon. After all, the word itself refers to inflating the supply of money that then chases a limited supply of goods and services and thereby causes all prices to rise.

This gets us back to the trillions in printed stimulus money shipped happily to consumer checking accounts in 2020 and 2021. Early on, while the money printing presses were still running, noteworthy economists called for caution and predicted inflation would follow. Yes, much respected Florida State University economist James D. Gwartney, Johns Hopkins University’s much-admired monetary scholar Steve Hanke, and former treasury secretary and presidential adviser Lawrence Summers each sent warnings, predicting that government spending based on printed money would deliver a serious bout of inflation. Washington leadership was in no mood to hear the advice. Meanwhile, the printing press kept running, and more spending was being proposed.

President Biden is backing a big across-the-board increase in federal spending that will increase inflation even further. Biden wants to spend even more than Congressional leaders. Last May, Biden proposed a record $6 trillion budget that “would push federal spending to its highest sustained levels since World War II” as a share of our economy, reported the New York Times. It would have made the national debt skyrocket even faster, and resulted in even larger, persistently huge budget deficits. The Biden administration itself forecasted budget “deficits at more than $1 trillion for at least the next decade” if his budget plan were adopted, noted CNN.