The outcome of Russia’s brutal attempt to conquer the valiant nation of Ukraine hangs in the balance, but it is not too soon to discuss strategic steps that we can and should take based on this stark reminder that other countries do not always play nice. Energy has an outsized role in the Russia-Ukraine war. The sale of Russian oil and gas has financed the Kremlin and its 20 years of aggressions against its neighbors and its own people. European democracies are addicted to Russia’s hydrocarbons, and it will take years to break them of their dependency. To its credit, Europe finally seems to be waking up to the menace posed by the unpredictable bear next door.

The key takeaway is that energy security is not to be taken for granted. Some European countries (Germany, Belgium and Spain) plan to or are in the process of shutting down nuclear power plants to assuage the Green Party. They are left with intermittent renewable power backed up by burning coal and natural gas, which emit large quantities of the very greenhouse gases those countries seek to avoid. Unwisely, they rely on Russia for much of their oil and gas, which puts those European countries in a vulnerable situation when the bear acts up. In contrast, America is blessed with abundant coal, oil and natural gas, thanks in large part to the shale gas revolution. Renewable electricity generation continues to grow rapidly, adding to the diversity of electricity supply. We are not overly reliant on any single foreign power for our energy. Can we not just continue to do what we have been doing?

Unfortunately, no. Being in a good place today is not the same as being in a good place 20 years down the road. There is an undeniable need to transition to clean energy sources. Moreover, America’s supply of hydrocarbons, while ample for current needs, is inherently finite. Burning oil and gas to make electricity today is hardly the best strategic use of our resources; we should conserve those hydrocarbons for applications like petrochemicals and certain kinds of transportation, like air travel. Subsidized electricity generation from wind and solar power has grown tremendously over the past two decades, but even taken together wind and solar are still not the number one source of clean electricity in this country. Nuclear power is.

Fortunately, the United States is well-situated to build on its solid foundation in nuclear energy to enable a clean and reliable energy future.  From its humble beginnings powering four light bulbs near Arco, Idaho in 1951, nuclear power has become the baseload electricity workhorse in many parts of the country.  Today 93 nuclear power reactors provide approximately 20% of the country’s electricity. The plants operate around the clock and all year long to produce power when Americans need it, without harmful emissions. Unlike renewable energy, nuclear power plants run when the sun is not shining and the wind is not blowing.  From a security perspective, nuclear power plants run 18-24 months between refueling, and they can store years of fresh fuel on site, making them resistant to transportation bottlenecks and short-term supply interruptions. Uranium for nuclear fuel is plentiful and available domestically as well as from stable, reliable allies, most notably Canada and Australia.

That’s the situation today, but what about the future? Two state-of-the-art large light water reactors are nearing completion in Georgia, and private industry and the government are funding research,  development and deployment of exciting new advanced reactor designs that incorporate inherent safety features and additional capabilities beyond those of current reactors. Many will operate at high temperatures that enable more efficient electricity production; those high temperatures also support essential non-electricity industrial applications such as process steam for industry and hydrogen production. This opens up the possibility of decarbonizing industry as well as electricity. New designs are also better suited for meshing with variable wind and solar generation, thereby helping to mitigate grid reliability concerns. The NuScale small modular reactor already received design certification approval from the U.S. Nuclear Regulatory Commission. Applications for a number of other designs will be under NRC review shortly. We look forward to deployments of new advanced reactors beginning later this decade.

All sources of energy have their advantages and disadvantages. The need to transition to clean energy is evident, and all technologies — including nuclear, renewables, fossil with carbon capture and hydroelectric — should be deployed where feasible and economic. The nuclear technology world seeks a level playing field, without subsidies for “favored” sources and with appropriate monetization for essential attributes like security, reliability, avoided emissions, and the ability to provide generation when needed. There is no substitute for plentiful and affordable energy, and we need to make smart choices now to ensure America has it in the future.

Steven Nesbit is the president of the American Nuclear Society. 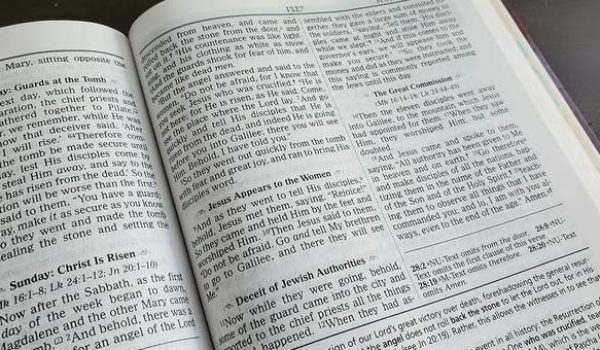 A Quick, Compelling Bible Study Vol. 104: Jesus Quoted the Torah When Tempted By The Devil
Next Post
Saudi Arabia executes 81 people in a single day, the largest mass execution in decades 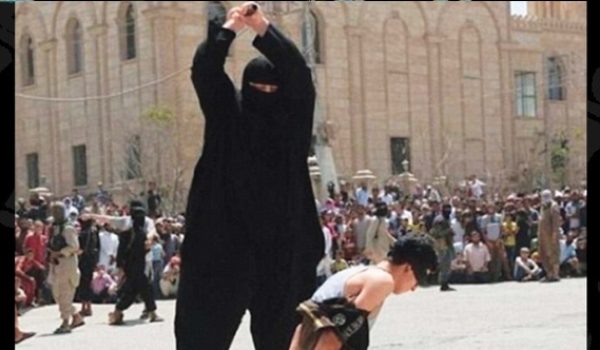