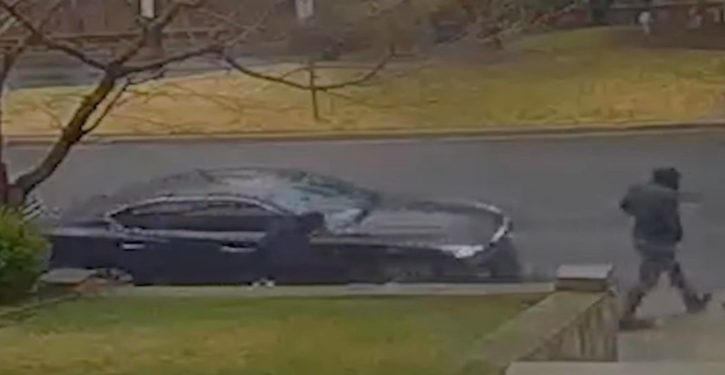 A Washington doctor was run over and killed Tuesday night by a hijacker who drove off in his car, The Washington Post reported Wednesday.

Rakesh Patel, a 33-year-old doctor at MedStar Washington Hospital Center parked his car on a street while he got out to greet his girlfriend and drop off a package, according to police, the Post reported. While he had his back to the car, at least one person reportedly jumped into the running vehicle and drove off. (RELATED: Teens Lead Explosion In DC Carjackings, Most Have Prior Criminal Records)

Patel chased after his car and was eventually run over and killed, according to authorities, the Post reported. His girlfriend, Rachel Lincoln, described it as “a nightmare.”

Police said they have not made any arrests, but found the car Wednesday, abandoned on a residential street near the Maryland line, the Post reported.

Lincoln described Patel as the type of person who would “would go out of his way for anybody, not just you or me, but his friends, his family and his patients,” the Post reported. The MedStar hospital where he worked said “He will be greatly missed by those whose lives he touched.”

A video released by police shows two “persons of interest” getting out of what officials believe is Patel’s vehicle, although the driver of the car was not shown.

“As you know, there is no more important issue for us right now than dealing with people who are committing crimes in our city,” she said. “We saw one person who probably didn’t intend to kill anybody, but did and devastated a family.”

.@MayorBowser responds to Qs about Rakesh Patel, the 33yo @MedStarWHC doctor who was stuck & killed by his OWN car on Tuesday after someone had just stolen the car from him in Adam’s Morgan. @fox5dc pic.twitter.com/E64cZ9qySn

California raids preschools over lack of mask mandate, interrogates kids as young as 2
Next Post
Biolabs in Ukraine working with dangerous pathogens