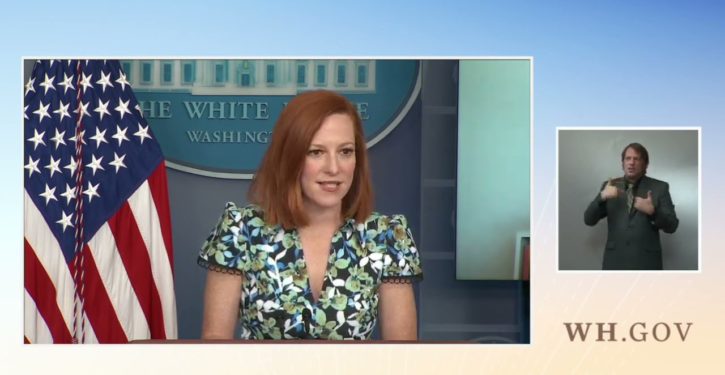 “The audacity to tell Peter Doocy that facts can be inconvenient, and right after she said facts can be inconvenient she misrepresents the facts,” Asman said. “She said ‘we have actually produced more oil. It is at record levels.’ That’s not true. We are now producing, in the United States, 1.5 million barrels a day less than we were in December, 2019.”

“We are not at record levels. We are way below record levels which were at the end of the Trump administration. That’s when we had this extraordinary burst of production and became energy independent … Don’t point your finger at Peter Doocy and say facts can be inconvenient then come out with your own made up facts that just are not true. ”

In 2019, the U.S. produced 12.3 million barrels of crude oil per day, according to the U.S. Energy Information Administration. That number dropped below 11.6 million barrels in 2021 and currently stands at 11.85 million, but is expected to reach 12 million in 2022. (RELATED: Doocy Cranks Up The Heat On Psaki As Energy Costs Rise For Americans)

Asman argued that the Biden administration is attempting to pin soaring gas prices on the Russian invasion and then claimed Biden’s “war on fossil fuels” led to the current costs.

“Prices have been going up at the gas pump ever since Biden was elected because the oil traders knew about his war on fossil fuels. He made no secret about it,” he continued. “He advertised it when he was running for president. So they knew they were going to be shutting down pipelines and shutting down drilling and exploration. That’s what oil traders do, they look to the future because it takes so long to put together an oil rig.”

Biden, a proponent of moving away from fossil-fuels, revoked the Keystone XL Pipeline when he first entered office and also halted new federal oil and gas leases to drill on federal lands.

Psaki has continuously argued that reversing these policies will have no direct solution to the rising gas and energy costs. The price of crude oil exceeded $100 per barrel after Russia’s invasion of Ukraine. The average gas price hit $4.104 per gallon Monday, the highest levels ever recorded in the country.

The president announced a ban on importing Russian oil Tuesday in order to “target the main artery of Russia’s economy. 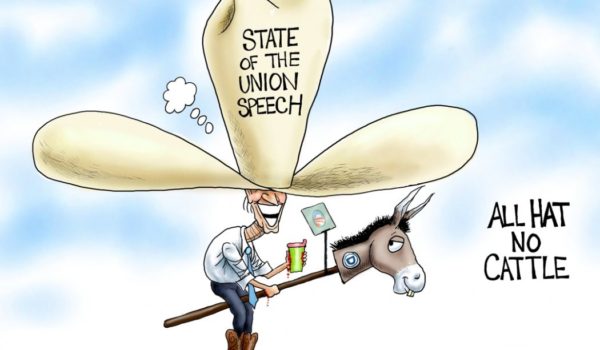 Cartoon of the Day: Go Get Em’
Next Post
Congress to boost spending across the board despite unprecedented national debt