President Joe Biden emphasized in his State of the Union address on Tuesday that he would fight inflation by enacting a policy that economists generally agree would exacerbate inflation.

“I think I have a better idea fight to inflation,” said Biden. “Lower your costs, not your wages … That means make more cars and semiconductors in America … Instead of relying on foreign supply chains, let’s make it in America.”

Crowd breaks out into “U.S.A.” chant after Pres. Biden says, “Instead of relying on foreign supply chains, let’s make it in America.” #SOTU https://t.co/fRRhmoV8PD pic.twitter.com/kaGykt8zlx

Biden was immediately rebutted by the Peterson Institute for International Economics on Twitter. “While a political winner, research finds that ‘Buy American’ requirements increased US domestic procurement costs across federal & state governments by 5.6% in 2017, costing US taxpayers an additional $94 billion.” (RELATED: ANTONI: Biden’s Latest Blame Game On Inflation — Russia Made Me Do It)

“I wish the President had placed less emphasis on anti-inflation policies that are at best peripheral and possibly counterproductive,” wrote economist Larry Summers. “Shifting demand to American producers with ‘Buy America’ polices that stop firms and consumers from buying at the lowest cost, no matter how politically attractive, are inflationary. This is something all economists should agree on.”

Jared Bernstein, a member of Biden’s Council of Economic Advisers, disputed the idea that buying American-made products would increase inflation. “Is there an independent inflationary impact from Buy America? We have never seen it,” he told Axios on Feb. 15.

The higher prices result from missing out on what economists call “gains from specialization” and “mutually beneficial trade.” For example, the iPhone X would cost double the price (roughly $2,000) if it were manufactured in America, according to tech analyst Tim Bajarin. By manufacturing products overseas instead — where labor costs are much lower — and importing it, consumers gain access to cheaper phones.

“You know who would like to Buy American right now? Europeans who need oil and gas and want to isolate Russia. But POTUS and climate extremists made sure they can’t do that,” wrote Republican Kentucky Sen. Rand Paul.

Lowering costs would help with inflation!

But the Buy American pledge works against that. #SOTU

During his term in office, former President Donald Trump was often lambasted by pundits who said his attempts to enact similar “Buy American” policies were inflationary. “There’s a reason why you don’t feel inflation in America, it’s because everything that you used to buy in America is now made in China,” said MSNBC host Ali Velshi in 2018.

In an attempt to enact his protectionist policies, Trump famously started a trade war with China. Ed Gresser, vice president and director for trade and global markets at the Progressive Policy Institute, estimates that the Trump tariffs added 0.5% to annual inflation during Biden’s first year in office. 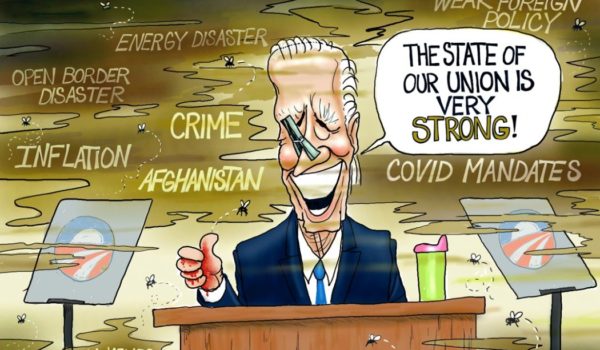 Cartoon of the Day: Reeks What They Sow
Next Post
NRA Scores Court Victory Against AG Letitia James In New York 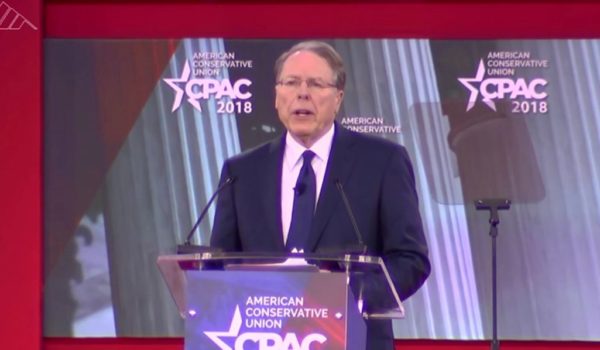