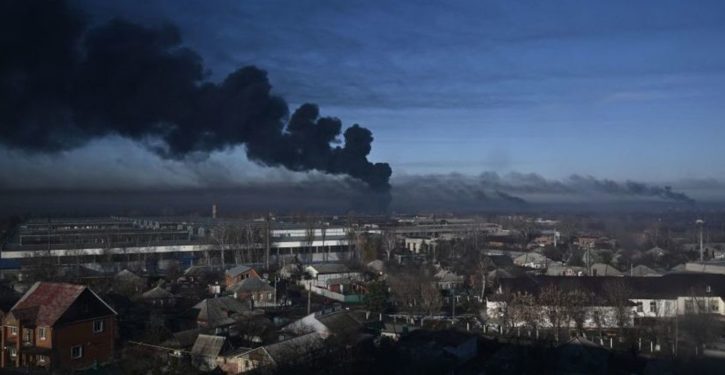 Russian military forces bombed a civilian apartment complex near the Ukrainian city of Kharkiv on Thursday as Russian President Vladimir Putin ordered a full-scale invasion of the country.

Russian forces targeted a Ukrainian military airport outside Kharkiv, but some rockets involved in an air strike hit civilian housing. Pictures circulating online appear to show a man grieving over another person that was killed in the attack, as well as several bloodied women fleeing the apartment complex with the assistance of Ukrainian authorities. (RELATED: War Begins As Russia Engages In Full-Scale Invasion Of Ukraine)

Russia has invaded Ukraine. They bombed a civilian apartment complex in Chuhuiv, near Kharkiv. pic.twitter.com/sFcr52X0Cj

Russia’s invasion has so far killed at least 10 civilians, according to the Agence France-Presse, though the invasion is still ongoing and no official count has been released.

The apartment complex was not the only area where Russian forces endangered civilians. Another video out of Ukraine shows a family fleeing to their basement as a Russian aircraft fires missiles at a target that appears to be directly behind their home.

Video shows missiles hitting the house, a baby crying, the family running to the basement pic.twitter.com/rfqgWErc4P

Russian forces reportedly seized the Chernobyl nuclear power plant late Thursday, a key installation on the path to the Ukrainian capital of Kyiv. 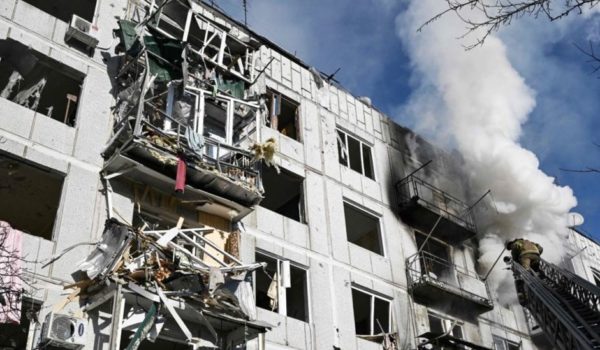