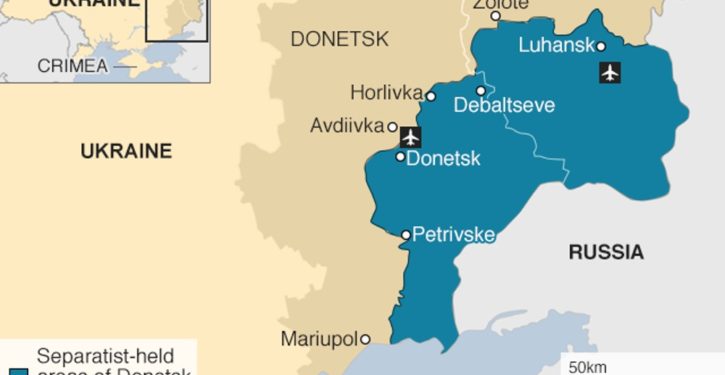 Around 2,000 U.S.-based troops will head to Poland and Germany and 1,000 troops already in Europe will head to Romania, Kirby said.

“These are not permanent moves,” Kirby noted. “These forces are not going to fight in Ukraine.”

The additional troop approval coincides with growing worry over Russia-Ukraine tensions. The decision is aimed at showing support for NATO allies, CNN noted.

Some of the troops that will soon be deployed will be pulled from the 8,500 troops put on “heightened alert” by the administration in January, Kirby confirmed. Others will come from the “tens of thousands” of NATO and U.S. troops already located in Europe, CNN reported.

Biden previously hinted at deployment, saying on Jan. 28 that forces would move “in the near term.” Russia has continued building up its forces at the Ukraine border, and efforts by the Biden administration to use diplomacy to deescalate the situation have been slow-moving.

Russian President Vladimir Putin, speaking publicly for the first time in weeks regarding tensions with Ukraine on Tuesday, accused the U.S. of ignoring his country’s “fundamental … concerns” regarding security.

The U.S. sent its written response to Russia’s security demands on Jan. 26, and while Security of State Antony Blinken declined to go into specific details of its contents, he made it clear that at least some of Russia’s demands would not be met.

The White House has held classified briefings for congressional leadership on Ukraine and warned that an invasion by Russia into Ukraine could come at any moment.