A former aide to President Barack Obama let loose a vulgar tirade on Democratic Arizona Sen. Kyrsten Sinema, insulting the lawmaker over her decision not to support abolishing the filibuster.

Alyssa Mastromonaco, former White House Deputy Chief of Staff under the Obama administration, told the hosts of “Pod Save America” in an episode released on Jan. 13 that Sinema was a “cunt.” Mastromonaco was referring to a speech Sinema gave on the Senate floor arguing that eliminating the filibuster to ram through Democrats’ election legislation would “worsen the disease of division” in American politics.

“She talks about the ‘disease of division,’ She gave the speech as Joe Biden was on the way up to the Hill,” Mastromonaco said. “It’s the shittiest, grossest, most disrespectful thing she could’ve done. I think she’s a cunt. That’s what I have to say.”

So much for "civility" and supporting women. pic.twitter.com/vW3eTjj4wT

The comment elicited a laugh from the hosts, who also served in the Obama administration. (RELATED: Activists Confront Kyrsten Sinema In Airport, On Plane Over Biden Agenda)

Mastromonaco went on to mock Sinema for her political positions, accusing the senator of pretending to be a “maverick” in the vein of Arizona Republican Sen. John McCain.

“It was so many layers of asshole-ness, like you know that she played a combative video game before she went down to the Senate floor, and was like, ‘You are a maverick. You are a maverick!’” Mastromonaco said. “And bitch, you’re not a maverick, okay. No, you’re trash.”

Sinema’s opposition to certain elements of the Democratic agenda has previously earned her vulgar criticism and even threats of violence from prominent liberal commentators. Robert Reich, former Secretary of Labor under former President Bill Clinton, said “Democratic senators should have given her the backs of their hands” after Sinema.”

After Sinema failed to back parts of the Build Back Better Act, activists chased her into a bathroom and accosted her. 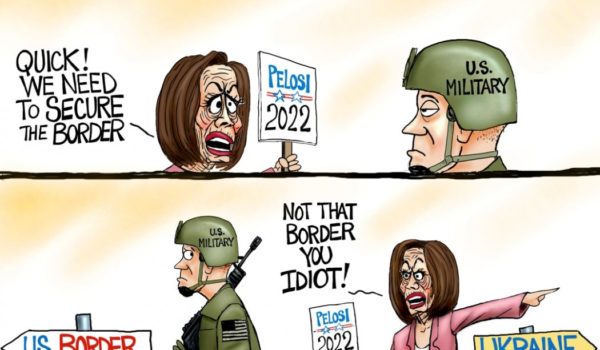 Cartoon of the Day: Left of the Border
Next Post
New York State fails to teach kids to read despite spending $30K per student