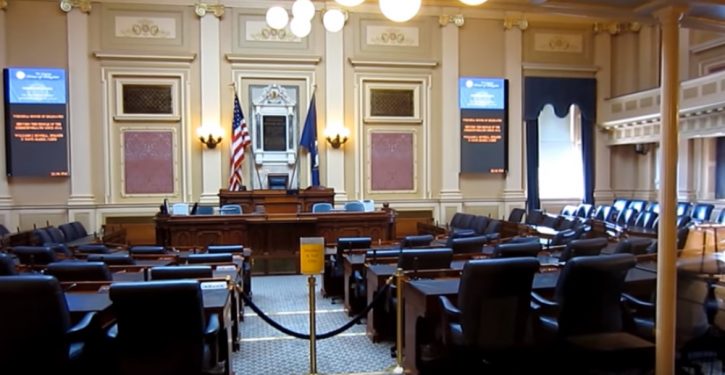 Legislation has been proposed in Virginia that would let some murderers seek release from prison after less than a fourth of their sentence. Murderers currently serving life without parole could be released after 10 or 15 years. It’s called “second-look” legislation, which has been adopted in limited form in the District of Columbia.

Yet, some legislators want to make Virginia more like the District of Columbia. A recently-introduced bill would give Virginia a more extreme version of one of Washington DC’s most controversial pro-crime policies, “second look” legislation. A second-look law lets judges cut sentences for criminals, or release them, after they have served 10 or 15 years — no matter how serious the crime they committed. Even if a criminal has been sentenced to life in prison for murdering several people, he can be let out after 10 or 15 years if he files a petition seeking release, and convinces the judge that he has been rehabilitated.

Studies indicate that longer periods of incarceration deter many crimes from being committed, both by people who have never committed a crime before, and by potential repeat offenders. For example, a National Bureau of Economic Research study found that longer sentences for repeat offenders in California deterred people outside of prison from committing murder, robbery, and rape.

Under this bill, judges, rather than just parole boards, could release offenders after they have served 10 or 15 years — even if they deliberately committed murder. That’s a bad idea for criminals who took someone’s life in a premeditated murder.

It’s also bad because it gives no weight to deterrence. Second-look sentencing bills like HB 906 and SB 378 direct judges to evaluate whether the offender remains dangerous, such as “rehabilitation demonstrated by the petitioner” and “the petitioner’s disciplinary record while incarcerated.” But they don’t tell judges to consider whether the offender needs to remain in prison to deter other would-be offenders from committing similar crimes. Nor do these bills list the “severity” of the offense as a factor in whether to reduce an inmate’s sentence, even though that should be a key consideration under principles of proportional justice.

Studies of anti-crime laws like California’s Proposition 8 found that longer prison sentences deter crimes from being committed by people who aren’t currently in prison. So people who commit the worst murders need to stay in prison, even if they repent while in prison, in order to discourage and dissuade other people from committing murder as well.

Supporters of second-look legislation argue that people tend to age out of crime, and thus can safely be paroled or released after they’ve spent years in prison. But sometimes, murderers kill again after being paroled. One example is Kenneth McDuff, the “broomstick killer.” At the age of 19, after being paroled, McDuff and an accomplice kidnapped three teenagers. He shot and killed two boys, then killed a girl after raping her and torturing her with burns and a broomstick. Later, after being paroled yet again, he murdered additional women — as many as 15 women in several different states.