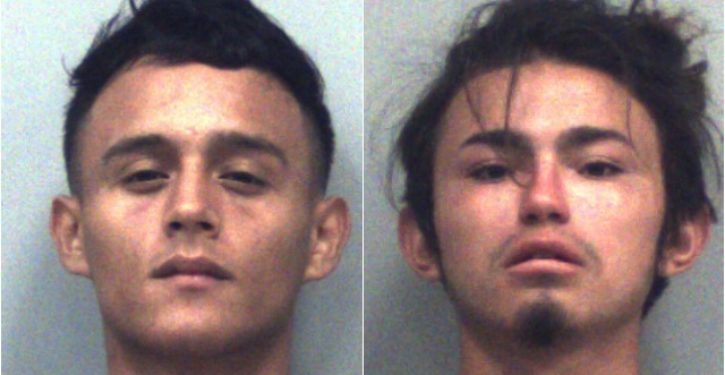 A federal agency now interprets the Juvenile Justice Reform Act of 2018 as effectively penalizing states for racial differences in the crime rate, by making it harder for them to get federal grants for their juvenile justice systems if they have “racial” or “ethnic disparities” in rates of contact with their juvenile justice system. That could possibly encourage states to adopt veiled racial quotas, or racial preferences for minority offenders. States have not adopted such racial quotas yet, perhaps because the grants are very small compared to state budgets. And racial quotas would violate both the Constitution and the law itself.

Some progressives are skeptical that there are racial differences in the crime rate. But experts say there are differences. The federal Bureau of Justice States has said that when it comes to homicide, “the offending rates for blacks were more than 7 times higher the rates for whites” between 1976 and 2005. (See BJS, Homicide Trends in the United States).

Even groups that want states to reduce their racial disparities admit there are racial differences in crime rates.  Last month, Virginia’s Joint Legislative Audit & Review Commission urged the Virginia legislature to adopt implicit-bias training for juvenile-justice staff, citing the fact that blacks end up in juvenile justice system at a much higher rate than whites. But its report admitted on page 144 that “research suggests Black youth tend to offend more than white youth with respect to serious person crimes (e.g., violent felonies).”

But the federal Office of Juvenile Justice and Delinquency Prevention expects states to reduce the high rate at which blacks enter the juvenile justice system. It states that under the Juvenile Justice Reform Act,

But what if those disparities simply reflect the higher black crime rate? What is the state supposed to do, adopt a racial quota that requires the same “rate of contact” with the justice system for each racial group, no matter how its members behave?

The Juvenile Justice Reform Act seems internally contradictory, banning “quotas” or “numerical standards,” yet requiring “measurable objectives” to “reduce racial and ethnic disparities.”  It says that to get or keep juvenile-justice grants, states must “implement policy, practice, and system improvement strategies…to identify and reduce racial and ethnic disparities among youth who come into contact with the juvenile justice system, without establishing or requiring numerical standards or quotas, by—…developing and implementing a work plan that includes measurable objectives…”

But if numerical “disparities” are a problem, as the statute believes, then why can’t a state use “numerical standards” like a quota to get rid of them? The statute doesn’t say.

But the Constitution simply doesn’t allow racial quotas in punishment, and treats a requirement that all races be punished at the same rate — irrespective of their behavior — as an unconstitutional racial quota. For example, a federal appeals court struck down a provision that forbade a “school district to refer a higher percentage of minority students than of white students for discipline unless the district purges all ‘subjective’ criteria from its disciplinary code,” ruling that was a forbidden racial quota. As it noted, “Racial disciplinary quotas violate equity” by “either systematically overpunishing the innocent or systematically underpunishing the guilty,” and thus violate the requirement that “discipline be administered without regard to race or ethnicity.” (People Who Care v. Rockford Board of Education (1997)).

But that’s because courts recognize that a “disparity” in punishment rates isn’t usually discriminatory to begin with — contrary to what the framers of the Juvenile Justice Reform Act may have assumed. For example, the federal appeals court in Richmond noted that while statistics showed that “sixty-six percent” of disciplined students in a school district “were African–American,” such a “‘disparity does not, by itself, constitute discrimination,’” and does not show a school “targets African–American students for discipline.” (Belk v. Charlotte-Mecklenburg Board of Education (2001)).

That’s because a higher black discipline rate may just be due to the fact that more blacks misbehave. In federal surveys, black teens admit to misbehaving at higher rates than whites do. As education policy expert Michael Petrilli notes, “In 2015, high school students were asked if they had been in a fight on school property at any time in the past 12 months. African American students were 2.2 times more likely to say yes than white students — 11.4 percent to 5.2 percent.”

If higher black discipline rates aren’t discriminatory, then it is unconstitutional to give black offenders a racial preference to equalize those discipline rates. Courts usually ban racial preferences for minorities unless there is evidence of recent “intentional discrimination” by the government against that minority group, even if the preference doesn’t amount to a rigid quota and doesn’t “unduly trammel” someone’s rights.

If black teens are committing crimes at a higher rate than white teens, it would harm black victims most to reduce blacks’ “disproportionate” rate of contact with the juvenile justice system. That’s because crime is heavily black-on-black, and black victims have been victimized mostly by black offenders. As the Bureau of Justice Statistics explains, crimes are committed mostly between members of the same race, and this is true for “rape or sexual assault,” “simple assault,” “aggravated assault,” and indeed, “all types of violent crime except robbery.” (See Race and Hispanic Origin of Victims and Offenders, 2012-2015.)

The Office of Juvenile Justice and Delinquency Prevention targets “disparities” at five “decision points” in the juvenile justice system,” including “arrest,” filing of charges, pre-trial detention, commitment to juvenile centers, and transfer to adult facilities for serious crimes. But the initial arrest is done by the police, not the juvenile justice system. Moreover, the Supreme Court has ruled that a higher black arrest rate doesn’t show racism, since it may just reflect a higher black crime rate. (See United States v. Armstrong (1995)).

By contrast, some post-arrest racial disparities are more likely to reflect racism. If blacks have a 100% conviction rate after being arrested, and whites only have a 20% conviction rate after being arrested, that would be a strong sign of racism, suggesting that blacks are being treated much worse than similarly situated whites after being arrested. Even if the crime rate is different for different races, that doesn’t mean a black person arrested for a crime is more likely to be guilty than a white person arrested for the same crime by the same police department. The same standard of “probable cause” applies to all arrests, meaning arrested people often have similar probabilities of being guilty.