The principal ground for the judge’s decision in Georgia v. Biden is that Biden’s executive order requiring federal contractors to get their workers vaccinated against COVID-19 exceeds the President’s authority over federal contractors under the Procurement Act.  Judge Baker ruled that the vaccination requirement was not really a measure concerning the “economy” and “efficiency” of federal contracts, as provided for in the Procurement Act. Instead, as the White House’s own pronouncements have made clear, the mandate is mainly motivated by public health concerns. But this ruling might be reversed on appeal by the the Eleventh Circuit Court of Appeals, which has jurisdiction over Georgia.

The President expressly relied on the Federal Property and Administrative Services Act, 40 U.S.C. § 101 et seq. (hereinafter, the “Procurement Act”), for his authority to issue [Executive Order] 14042 “in order to promote economy and efficiency in procurement by contracting with sources that provide adequate COVID-19 safeguards for their workforce.”… The Procurement Act was “designed to centralize Government property management and to introduce into the public procurement process the same flexibility that characterizes such transactions in the private sector. These goals can be found in the terms ‘economy’ and ‘efficiency’ which appear in the statute and dominate the sparse record of the congressional deliberations.” Am. Fed’n of Labor and Congress of Indus. Orgs. v. Kahn, 618 F.2d 784, 787–88 (D.C. Cir. 1979). In Kahn, the Court of Appeals for the District of Columbia Circuit examined the history of and apparent congressional intent behind the Procurement Act, and stated its belief that, “by emphasizing the leadership role of the President in setting Government-wide procurement policy on matters common to all agencies, Congress intended that the President play a direct and active part in supervising the Government’s management functions.”…The court acknowledged that, “To define the President’s powers under Section 205(a) [(40 U.S.C. § 121(a))], some content must be injected into the general phrases ‘not inconsistent with’ the [Procurement Act] and ‘to effectuate the provisions’ of the Act.” … After considering the Procurement Act’s emphasis on promoting “economy” and “efficiency” and ensuring contracts are awarded on terms that are “most advantageous to the Government, price and other factors considered,” the Kahn court stated that the Procurement Act “grants the President particularly direct and broad-ranging authority over those larger administrative and management issues that involve the Government as a whole. And that direct presidential authority should be used in order to achieve a flexible management system capable of making sophisticated judgments in pursuit of economy and efficiency.”

In essence, the judge applied the D.C. Circuit’s Kahn standard on the scope of the President’s authority under the Procurement Act. But that standard is a fairly pro-Biden standard, and if one assumes it is valid, his conclusion might be wrong. (He applied it in the absence of controlling legal authority from the federal appeals court with jurisdiction over Georgia — that is, the Eleventh Circuit).

But under that standard, the government has been allowed to regulate rather expansively in the name of contracting “economy” and “efficiency.” As law professor Jonathan Adler notes, the judge’s ruling would have been stronger absent the Kahn standard than under it:

As a matter of first impression, Judge Baker’s arguments have some force. It is hard to characterize a broad vaccination requirement that applies to all federal contractors as a procurement measure, particularly given the lack of exemptions or accommodations included in other vaccine measures (such as the OSHA ETS, which exempts remote employees, those that work outside, etc.). Rather, the measure seems to be transparent effort to leverage federal contracts so as to increase COVID vaccination rates (which is certainly a worthy goal). It is, in effect, an effort to use federal spending for regulatory purposes. As such, it would seem reasonable to question this mandate as the sort of power Congress delegated to the President through the Procurement Act.

The problem, however, is that this is not a question of first impression. There is a reasonable amount of D.C. Circuit caselaw applying Kahn, and Judge Baker claims that to be “looking to the Kahn court for guidance” in how to resolve this case. While Judge Baker found that the vaccine mandate “goes far beyond addressing administrative and management issues in order to promote efficiency and economy in procurement and contracting, and instead, in application, works as a regulation of public health,” the D.C. Circuit’s Kahn caselaw is far more deferential to the executive branch.

In UAW-Labor Employment and Training Corp. v. Chao (2003), for example, the D.C. Circuit upheld a requirement that federal contractors post notices informing workers of their rights not to join a union or pay union dues. While such a requirement may be a good idea, it is not any more related to the “economy” and “efficiency” of federal procurement than is a vaccine requirement. (To the contrary, one could at least argue that ensuring workers are vaccinated reduces the risks of labor shortages and the like.) While this decision does not bind a federal district court in another circuit, it is a bit odd for a district court to claim it is following the lead of another circuit and then fail to do so.

Although purporting to “tread lightly when issuing injunctive relief,” Judge Baker ordered a nationwide injunction. The judge concluded this was justified because one of the plaintiffs (Associated Builders and Contractors) is a trade association with members nationwide. As he noted, “given the breadth of ABC’s membership, the number of contracts Plaintiffs will be involved with, and the fact that Executive Order 14042 applies to subcontractors and others, limiting the relief to only those before the Court would prove unwieldy and would only cause more confusion.” I am not sure I am persuaded on this point, but this a far more serious argument than was offered in the Louisiana decision enjoining the CMS vaccine requirement for health care workers.

The Biden Administration will promptly appeal both rulings enjoining the COVID-19 vaccination requirement for contractors. 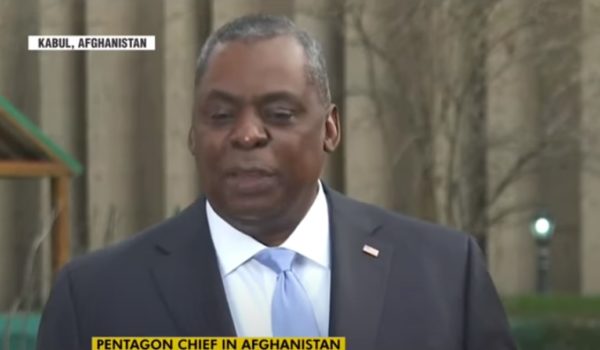