Virginia’s Loudoun County used a fund for “diverse” books to buy books parents viewed as pornographic, such as a book depicting gay underage incest that was described as containing “explicitly pornographic images.”

Parents objected to books such as “All Boys Aren’t Blue.” “Does anyone really [think] a book about gay incest should be in ANY school…OR should school officials make a moral and ethical decision to simply pull trash like this”, asked Loudoun County father Scott Mineo. “I don’t understand how this is even debatable,” he said to school officials.

The book was purchased by the Loudoun County schools after they obtained $1.3 million for books featuring “diverse characters,” according to records obtained by the Daily Caller through the Virginia Freedom of Information Act.

A Loudoun County spokesperson told the Daily Caller that the book “All Boys Aren’t Blue” was purchased by “librarians and teachers.”

Michelle Picard, a Loudoun County administrator who oversees reading instruction, sent an email in 2019 informing staff that the district had $1,325,000 to spend on “books with diverse characters or authorship.” “Diverse” according to Picard means “ethnicity/culture/heritage/language/religion/sexual orientation.”

“The books need to be current and culturally responsive/respectful,” Picard said in her 2019 email. Picard also said that she asked “BookSource,” an organization that manages and analyzes libraries for recommendations for collections.

Loudoun parents say books with “diverse characters” — such as “All Boys Aren’t Blue” — contain “explicitly pornographic” images. (Earlier, a mother was banned from a school board meeting for showing board members sexually explicit material available to students in the school library). 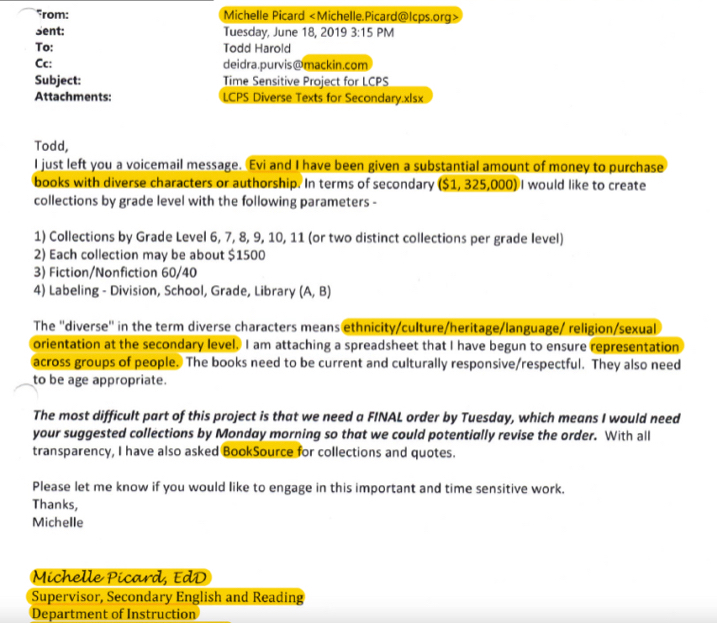 Picard told Mineo that Loudoun County librarians and teachers recommended the book “All Boys Aren’t Blue” as a reading choice that “supports the focus” of the school system’s “curricular units.” Schools are given “newly published texts” to “refresh their classroom and school libraries” each year, Picard said.

“There is a commitment to provide a range of lived experiences in books for all students,” Picard told Mineo. “All Boys Aren’t Blue” by George M. Johnson, a memoir, was recommended by librarians as a selection that it would fit into the 11th-grade curriculum unit, “With Malice Toward None.”

School officials should “simply pull trash like this,” because “a book about gay incest should” not “be in ANY school,” said Mineo to Picard; the Stone Bridge High School principal; and also his daughter’s English teacher. 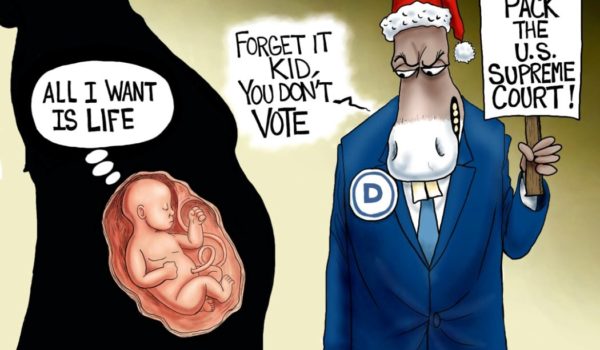