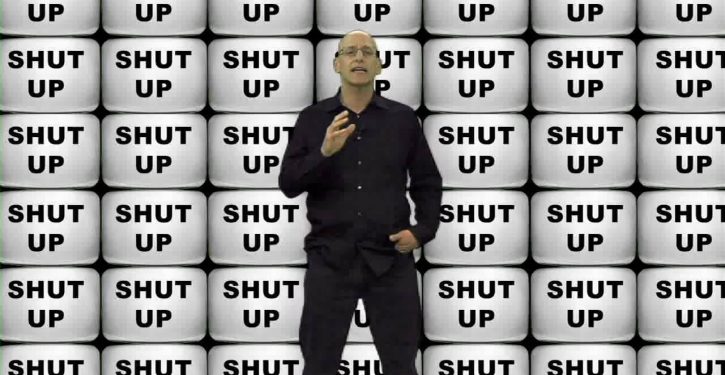 Bans on racist speech are often used to prosecute people who haven’t even violated them. For example, Connecticut has a law against racist advertisements. But it’s been used against people who aren’t advertising anything, just for saying something racist or racially inflammatory. Now, that law is being challenged on First Amendment grounds.

Volokh says the law “is facially unconstitutional, because it suppresses speech based on its content (and viewpoint), and because there’s no First Amendment exception for speech that insults based on race or religion. As the Court has repeatedly held, racist and religiously bigoted speech is as constitutionally protected as speech that expresses other ideas. To quote Justice Alito’s opinion in Matal v. Tam (2017) (with which the concurrence seemed to fully agree), ‘Speech that demeans on the basis of race, ethnicity, gender, religion, age, disability, or any other similar ground is hateful; but the proudest boast of our free speech jurisprudence is that we protect the freedom to express “the thought that we hate.'”

But the bigger problem with prosecutions under this law is that it “only covers “advertisement[s]” and is part of a law against “Dscrimination at Places of Public Accommodation” by businesses. Yet, “Connecticut prosecutors haven’t been enforcing the law as it is written. I have found no prosecutions for advertisements that ridicule people based on race or religion. The two most-publicized recent incidents (see the UConn case and the Fairfield Warde High School case), for instance, involve nothing that could be labeled an advertisement.” Nor do the “two most recent” prosecutions involve “face-to-face personal insults,” which can sometimes be banned as fighting words when they are provocative enough. “In any event, Connecticut lawyer Mario Cerame has just filed a lawsuit (Cerame v. Lamont) on his own behalf, seeking to invalidate the statute.”

Just as laws against racist advertisements are used against people who make no advertisements, the concept of “hate speech” is used against speech that is not motivated by hatred, and does not promote hatred. “Hate speech” is now broadly “defined” by many to include “offensive words, about or directed towards historically victimized groups,” according to the Cato Institute. The concept of hate speech has expanded to include commonplace views about racial or sexual subjects. That includes criticizing feminism, affirmative action, homosexuality, or gay marriage, or opinions about how to address sexual harassment or allegations of racism in the criminal justice system.

That’s a bad idea, because both normal people, and even experts, run the risk of running afoul of broad bans on “hate speech.” For example, in 2019, Twitter applied its “rules against hateful conduct” to briefly ban an expert on sexuality for stating in passing that transsexualism is a mental disorder. That was true even though the “bible of psychiatry,” the DSM-5, indicates that transsexualism is a disorder, and the expert chaired the group that worked on that section of the DSM-5. Sharing his expertise was deemed hate speech.

As Ben Bowles noted, Ray Blanchard is known for “his scholarly writing on gender confusion.” He also was “chairman of the working group on paraphilia” for the fifth edition of the “Diagnostic and Statistical Manual of Mental Disorders” (DSM-5), in which the classification of transgenderism was changed from a serious disorder to a milder one, “gender dysphoria.” As Bowles observes, “Paraphilia is a condition characterized by abnormal sexual desires, typically involving extreme or dangerous activities.”

Blanchard tweeted a thread in which he acknowledged among other things that “transsexualism and milder forms of gender dysphoria are mental disorders.” For that, his account was locked, along with the explanation that he had violated the social media site’s “rules against hateful conduct.” After a public outcry, Twitter changed position and reinstated Blanchard’s account. But that was back when Twitter was run by a CEO who was less eager to restrict users’ speech than its new CEO.