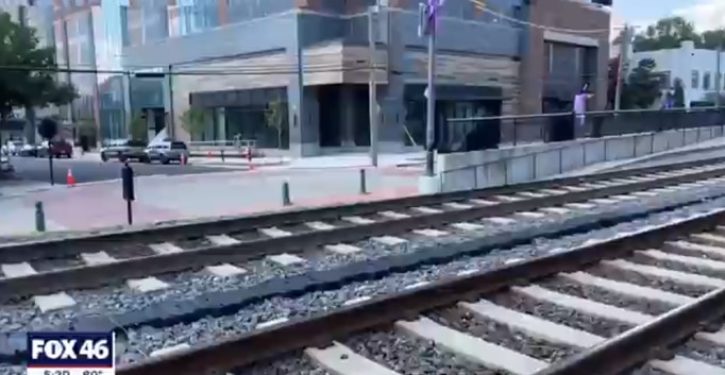 The Biden administration is cutting off $12 billion in funding for California, until state legislators change state law to waste even more money on public transit workers, who have politically powerful unions. Reason Magazine reports:

The U.S. Department of Labor has denied California $12 billion in transit funding, including grants from the recently signed infrastructure bill. The reason? A 1964 federal law requires the labor department to certify that the state agencies seeking any mass-transit grants are “protecting the interests of any affected employees,” The Fresno Bee reported.

So, the Biden administration is claiming that California—the state that provides its public employees with unparalleled pay and pension benefits, and provides collective-bargaining rights unheard of anywhere else—is being mean to its “affected” public employees because the state passed a 2013 law, authored by Democrats, that infinitesimally reined in pension benefits.

For instance, Gov. Gavin Newsom penned an artfully written letter on Nov. 10 to Labor Secretary Marty Walsh blasting the funding cut off. In it, he laments that the department’s grant-denial decision “is a complete reversal of (the agency’s) final determination in 2019 that California’s statewide pension reform legislation…’does not present a bar to certification.'”

Most observers expect the California legislature to change the pension law for state transit workers to spend even more money on them, so that the state can get the $12 billion in federal money back. So at the end of the day, the Biden administration’s action likely won’t save taxpayers a dime. Instead, California taxpayers will pay even more.