The ruling marks the first time drug retailers have been found liable for their role in the opioid epidemic — and the first jury verdict in an opioid case in the U.S. A trial judge will determine in the spring how much each company must pay the two counties, according to The New York Times.

BREAKING: A federal jury says CVS, Walgreens and Walmart didn’t do enough to stop the flow of opioid pills into two Ohio counties. This is the first time pharmacy companies have completed a trial to defend themselves in the opioid crisis. https://t.co/0wNsb6eeFx

The jury agreed that the companies contributed to a “public nuisance” by ignoring suspicious opioid orders for years at local pharmacies and corporate headquarters. The public nuisance legal argument had been rejected by courts in prior cases in multiple states, but plaintiffs across the country in other cases are set to pursue it following this landmark ruling.

The number of opioids prescribed in recent years has decreased as more attention has been brought to the crisis, according to the NYT, but the “public nuisance” is still continuing, attorneys for the Ohio counties argued. The lawyers claimed that individuals who were no longer being prescribed drugs by their doctors had to turn to dangerous alternatives like heroin and fentanyl to feed their addictions.

In the period from April 2020 to April 2021, overdose deaths hit a new high, driven largely by increased prevalence of fentanyl and mental health issues exacerbated by the pandemic. 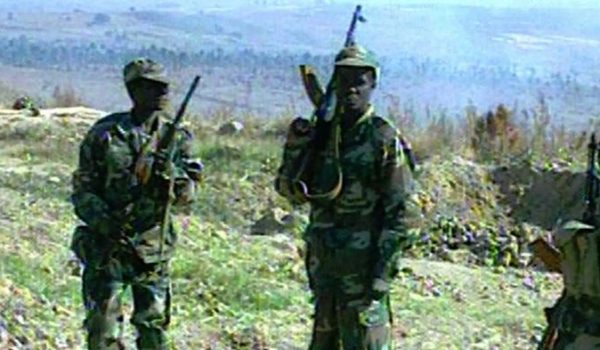 A Second Afghanistan? Biden Admin Prepares For The Worst In Ethiopia
Next Post
Fairfax Public Schools Reinstates Pornographic Books As A Commitment To ‘Diverse Reading Materials’