A sizable majority of Americans believe President Joe Biden’s Build Back Better Act will hurt the U.S. economy, according to a new Trafalgar Group/Convention of States Action poll released Thursday.

Over 52% of those polled said they believed Biden’s Build Back Better Act would be hurtful to America’s economic recovery, with 43.5% saying it would be “very hurtful” and 8.9% saying “somewhat hurtful.” The “very hurtful” category included 17.2% of Democratic respondents, 71.9% of Republicans and 46.5% of those who reported no party affiliation or an affiliation to a party other than Republican or Democrat.

Just 38.3% of respondents stated that Biden’s bill would be “very helpful” or “somewhat helpful,” breaking down to 28.7% and 9.6% respectively, according to the poll.

The poll surveyed more than 1,092 likely general election voters between Nov. 13 and Nov. 16 and reported a 3% margin of error. Trafalgar employs a number of methods for conducting its polls, including live phone calls, automated calls, emails, text messages, and two other proprietary methods it does not share publicly. 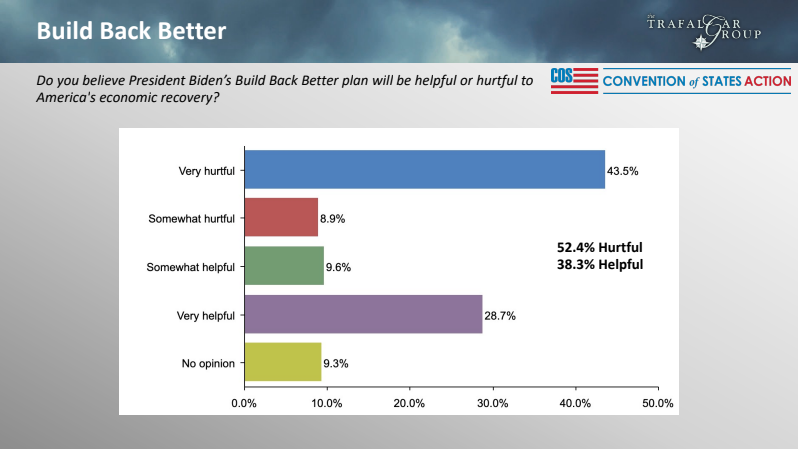 “The American people aren’t stupid, they know that ‘Build Back Better’ really means ‘Biden’s Bonus for his Base.’ They see that the economy is recovering on its own. And they know that our growth would accelerate even faster if Washington would simply stop pushing policies and mandates that get in the way and make life harder for the business community,” Convention of States Action President Mark Meckler said in a statement.

“The spending spree has to stop. Both parties have created an economic future in which our children and grandchildren will be forced to pay for our lack of fiscal discipline,” he added.The Trafalgar Group was one of only two polling firms that accurately predicted Trump’s victory in the presidential election of 2016. The firm was also among the few that predicted Republican Florida Gov. Ron DeSantis’ win in 2018, as well as Republican victories in New Jersey and Virginia in early November. (RELATED: Independents, Swing Voters Sour On Build Back Better, Poll Shows)

Democrats are pushing to pass Biden’s $1.8 trillion spending bill before Thanksgiving. Some moderate Democrats have called attention to the Congressional Budget Office (CBO) report indicating that Biden’s plan will add to the national debt and is not “paid for,” as White House officials repeatedly claimed in recent months.

Approval ratings for both Biden and Vice President Kamala Harris have slipped consistently since late spring. Biden entered office with a 54% approval rating, but now sits at 44%, according to a Wednesday poll from Morning Consult/Politico.

The full results of the Trafalgar poll can be found below. 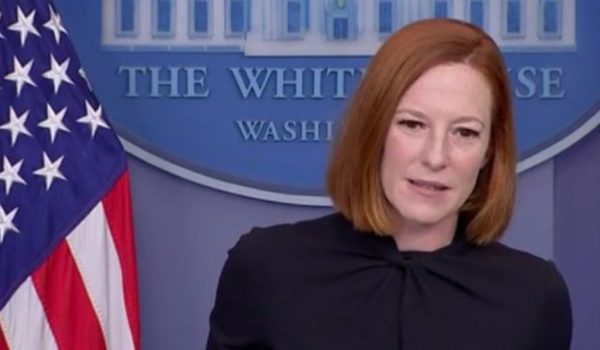 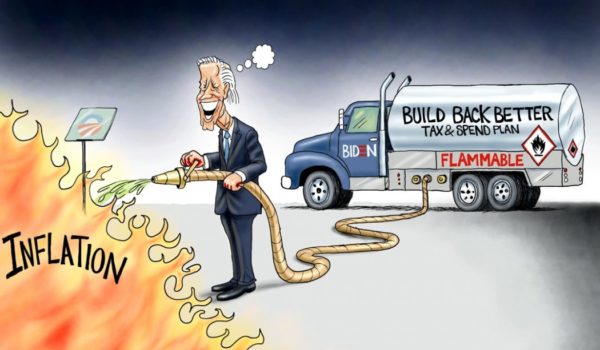