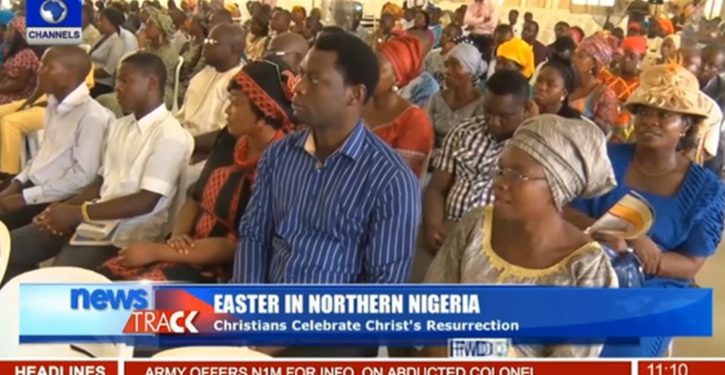 Joe Biden is turning a blind eye to anti-Christian persecution in Africa’s most populous country, Nigeria. Nigeria has a Muslim president, and Muslims outnumber Christians there; its population is 50% Muslim and 40% Christian, and most of its military are Muslim.

CNS News reports on how even though tens of thousands of Christians have been massacred in Nigeria, the Biden administration has removed Nigeria from a list of religious-freedom violators, even while adding countries to the list that don’t massacre people based on their religion, such as Russia.

The Biden State Department on Wednesday announced its first designations of religious freedom violators, adding Russia to the blacklist for the first time but – in a decision advocates found puzzling – delisting Nigeria. Secretary of State Antony Blinken announced ten “countries of particular concern” (CPCs) – Burma, China, Eritrea, Iran, North Korea, Pakistan, Russia, Saudi Arabia, Tajikistan, and Turkmenistan….Under the 1998 International Religious Freedom Act (IRFA), CPCs are defined as countries that have engaged in or tolerated “systematic, ongoing, and egregious violations of religious freedom.” Most of the ten CPCs named by Blinken have been fixtures on the list for many years – Burma, China, and Iran since 1999, North Korea since 2001, and Saudi Arabia and Eritrea since 2004. Turkmenistan was added in 2014, Tajikistan in 2016, and Pakistan in 2018.

Nigeria was designated a CPC just a year ago…According to Open Doors, more Christians are killed for their faith in Nigeria than in any other country, mostly at the hands of Boko Haram and other Islamist groups. On Open Doors 2021 watchlist of “countries where it is most dangerous to follow Jesus,” Nigeria is ranked ninth worst of 50 countries named.

Yet not only did Blinken remove Nigeria from the CPC list this year, he also left it off a second-tier “special watch list” – countries determined to be religious freedom violators but not meeting the statutory criteria for CPC designation.

“It’s unfathomable that Secretary Blinken removed Nigeria from being a CPC for its religious freedom violations, and excluded the country altogether from its lists,” said Nadine Maenza, chair of the U.S. Commission on International Religious Freedom (USCIRF). “Conditions on the ground haven’t changed, so why has the designation?”

Maenza urged the State Department to reconsider the decision, “based on its own reporting.”

“In some instances, as with Kaduna’s Governor El-Rufai, the Nigerian government has even furthered the violence,” he said. “We will continue to raise the voices of the many victims of Nigeria with the U.S. government and will continue to serve Nigeria’s Christian community.”

Blinken’s announcement came a day after ICC published its annual “persecutor of the year awards,” with Nigeria named the worst persecuting country.

According to the ICC, the Nigerian government has not only failed to adequately respond to violence against Christians, but in some cases itself perpetuates the persecution – including the governments of the 12 northern states where shari’a is enforced.

Over one weekend in September, Muslim militants killed 49 people in two Christian villages in the northern state of Kaduna, days after a violent mob in neighboring Kano state attacked and killed a Christian pastor, accusing him of involvement in a local Muslim’s conversion to Christianity.

In 2012, the Obama-Biden administration attempted to get the courts to allow it to force churches and synagogues to hire people hostile to their faith as clergy. The Supreme Court rejected that attempt in a 9-to-0 ruling in Hosanna-Tabor Evangelical Lutheran Church v. EEOC (2012). 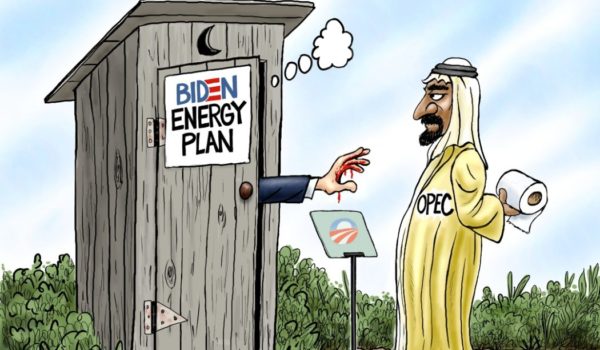 Cartoon of the Day: Stranded
Next Post
House Republicans Demand Answers From TSA Over Covert Operation To Move Migrants Into US 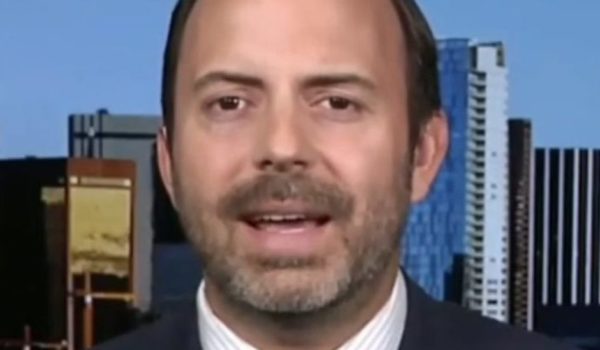