A federal judge in Philadelphia has struck down a school board’s restrictions on “irrelevant,” “abusive,” “offensive,” “intolerant,” “inappropriate,” or “otherwise inappropriate” comments at school board meetings.

The court described it as “representatives of a public entity taking the opportunity to squelch plaintiffs’ views as apostasy.”‘ As law professor Eugene Volokh notes, “the squelching was partly based on claims that certain remarks” are “coded in racist terms, also known as ‘dog whistles,'” and that “comments about the District’s equity survey” were “‘irrelevant’ to” a meeting about “the District’s equity policy.”

The Pennsbury School Board invites public comment at its meetings. The Board’s Policy 903 governs public participation in school board meetings and Policy 922 (designated by the Board as the “Civility Policy”) applies to all school activities. Any taxpayer, school employee, or student is allowed five minutes to make a comment, subject to certain requirements and restrictions. Speakers “must preface their comments by an announcement of their name, address, and group affiliation if applicable.” The Board’s presiding officer may interrupt or terminate public comments deemed “too lengthy, personally directed, abusive, obscene, or irrelevant.” The presiding officer may also “[r]equest any individual to leave the meeting when that person does not observe reasonable decorum” and can “[r]equest the assistance of law enforcement officers to remove a disorderly person when that person’s conduct interferes with the orderly progress of the meeting.” Similarly, “offensive, obscene or otherwise inappropriate banners or placards, or those that contain personal attacks” are prohibited….

Plaintiffs are four Pennsbury School Board meeting attendees whose public comments have been interrupted or terminated by Board members or designees based on Policy 903…..

In March 2021, Mr. Marshall gave a public comment without interruption. However, after the meeting video from that session was posted on the District’s website, the Board decided to take the video off the website to revise certain of Mr. Marshall’s comments to remove his comments the Board deemed after-the-fact to be in violation of Policy 903. School Board President Christine Toy-Dragoni then issued a public statement explaining that the comments were removed because they “were abusive and irrelevant to the work taking place in the Pennsbury School District.” Ms. Toy-Dragoni stated that “[t]he comments escalated from expressing a viewpoint to expressing beliefs and ideas that were abusive and coded in racist terms, also known as ‘dog whistles.”‘ She also apologized to the community for not interrupting Mr. Marshall as he was making his comments. The Board’s post-meeting actions (including the Board President’s public apology) were prompted by Dr. Cherrissa Gibson, the District’s Director of Equity, Diversity & Education, who, after the meeting where Mr. Marshall spoke, conferred with the Board about her views of Mr. Marshall’s comments. Two weeks after the Board-edited video was posted, it was replaced with the full, unedited version.

Then, at the May 2021 Board meeting, three of the plaintiffs claimed five minutes each in order to speak: Mr. Daly, Mr. Marshall, and Mr. Abrams. The meeting agenda included a presentation on the Pennsbury School District’s equity program. Mr. Amuso, the School Board’s Assistant Solicitor, interrupted each of Mr. Daly’s, Mr. Marshall’s, and Mr. Abrams’s comments at the May 2021 meeting for alleged violations of Policy 903.

Mr. Abrams endeavored to discuss survey results for the equity policy and voiced his opposition to funding a program for the portion of respondents that reported they were unhappy, and Mr. Amuso terminated Mr. Abrams’s comments as “irrelevant to diversity in education.” In each instance, Mr. Amuso shouted over the speakers during their allotted time segments, yelling “you’re done!” repeatedly until the speaker left the microphone.

{But for the implication of, and intrusion upon, the First Amendment, perhaps the shouting match between Mr. Amuso and Mr. Marshall about the name of the “equity policy” could have been best characterized as a childish willful contest of semantics or an embarrassing version of “My dog’s bigger than your dog! ls not! ls so!” But it cannot be dismissed as such.

The judge ruled these policies were unconstitutional as applied:

The School Board personnel interrupted and terminated comments deemed “personally directed” as violations of Policy 903. As Policy 903 is applied (and as confirmed by the Board’s witnesses and counsel at the preliminary injunction hearing), positive and complimentary personally-directed comments supportive of Board and school employees are permitted to be expressed, but negative, challenging, or critical personally-directed comments are prohibited. Likewise, those who express support for a decision by singling out a School Board member are welcome, but those who criticize a decision are cut off. This is viewpoint discrimination regardless of whether speakers are at other times allowed to make a verbal personal attack.

The School Board has also censored and terminated comments deemed “abusive” because they include comments deemed offensive racial stereotypes. While this Court does not address the School Board’s or its employees’ assessment of whether the speech was offensive or to whom, suffice it to say that the First Amendment protects offensive speakers. The Policy terms invoked to terminate the offensive comments (“abusive” and “personally directed”) “prohibit speech purely because it disparages or offends.” This, too, is impermissible viewpoint discrimination. The District has not carried its burden to demonstrate otherwise.

Further, the Board opened this comment period “for public comment on agenda and non­agenda items.” The Court questions how a comment about a District policy during a period open to “non-agenda items” could be considered “irrelevant” except under a subjective interpretation of what arguments are acceptable to the Board and its representatives. The District fails to establish that its application of the term “irrelevant” does not constitute viewpoint discrimination as would be necessary to carry its shifted burden.

The judge also struck down the policies on facial challenges:

Policies 903 and 922 are vague because they are irreparably clothed in subjectivity. What may be considered “irrelevant,” “abusive,” “offensive”, “intolerant,” “inappropriate” or “otherwise inappropriate” varies from speaker to speaker, and listener to listener. For example, the District argues that, as applied, the “personally directed” element also requires one of the other elements such as “abusive” or “offensive”, yet the text of neither policy makes such a distinction or pairing. While the District’s counsel contends that the lack of such a connection requiring “personally directed” plus another element “might just be a grammatical error,” this excuse only further confirms the vagueness of the policies. Even if a reasonable reading did require a personally directed “plus” comment (which it does not), the adjacent terms such as “abusive” and “irrelevant” are also vague. Calling for a School Board member’s resignation, for example, is “personally-directed” and could be considered “irrelevant” to an underlying issue or problem, but it could also be considered highly relevant to the School Board member’s role in creating or failing to address or solve the issue or problem….

The School Board presents no persuasive argument in support of the constitutionality of these terms. For example, the School Board acknowledges that a taxpayer’s opinions on hiring and firing school employees are relevant to its business. However, the provision prohibiting “personally directed” comments must, under any reasonable interpretation, prohibit such commentary. The District Solicitor’s comments during the December 2020 public meeting confirm this interpretation: Mr. Clarke stated that if someone “begin[s] to talk about ‘the criminal behavior of this department ‘ or ‘how incompetent this one is,’ that begins to violate our policy.” … [Yet a]n opinion that a school employee is incompetent in performing school duties or violating the law governing the performance of the employee’s duties is in fact relevant to the purpose of the limited public forum and presents a viewpoint against which the School Board may not discriminate. While the School Board could sensibly prohibit personal attacks not related to the School Board’s business (e.g., criticizing a school employee’s personal relationships, accent or preferred home decor), Policies 903 and 922 contain no limiting language to support this interpretation as a reasonable one for purposes of overbreadth analysis. The Challenged Policy Terms reach too much protected speech under any reasonable interpretation of the language of the policies themselves….

[T]he District argues that “if the Court grants this relief: members of the public will be permitted to make obscene, irrelevant and personal attacks against anybody for 5 minutes during school board meetings.” Not so. The plaintiffs do not challenge the prohibition on “obscene” comments or the “reasonable decorum” requirement in their motion for a preliminary injunction. {At the preliminary injunction hearing, Mr. Amuso opined that accusing a School Board member of a financial crime was “obscene.” While not specifically at issue in this preliminary injunction motion, the Court reminds the District and its solicitors that the Supreme Court has defined the term “obscene” [as limited to certain highly sexually themed material -EV]. As the Court reminded counsel during the hearing, accusations of criminality can more likely trigger defamation laws rather than obscenity standards.} Removal of the term “irrelevant” raises the biggest risk of reducing the effectiveness of public comment, but the District itself sets whether a comment period is open to agenda or non-agenda items. The five-minute time limit on each comment remains in place and the instances where Policies 903 and 922 have been applied each involved speech related to agenda items. The Court finds that the risk of speakers going too far afield in a five-minute time period appears minimal and is outweighed by the risk of free speech infringement….

[T]he District argues that “allowing such speech would undoubtedly lead to violence, etc., which does not occur now as a result of the limited application of Policies 903 and 922 by the District.” However, the District provides no evidence to support its assessment that the requested relief would “undoubtedly” cause “violence, etc.” In fact, the Court doubts it very much. The primary instances in which speakers became heated at the school board meetings at issue here involved yelling by Board representatives and/or the application of Policy 903 to force speakers to leave the microphone. It is possible that the requested injunctive relief could actually decrease the risk of violence at the meetings by preventing these verbal altercations over the disputed invocations of the Policy. The plaintiffs also do not challenge the portion of Policy 922 that requires notification of law enforcement if “any individual threatens harm or makes inappropriate physical contact with another individual.” …

This lawsuit was successfully brought by lawyers Alan Gura, Endel Kolde, and Martha Astor of the Institute for Free Speech. 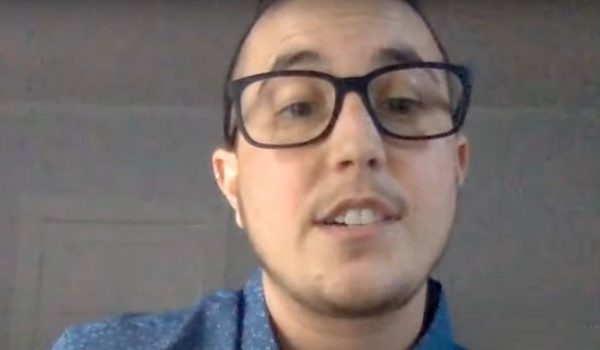 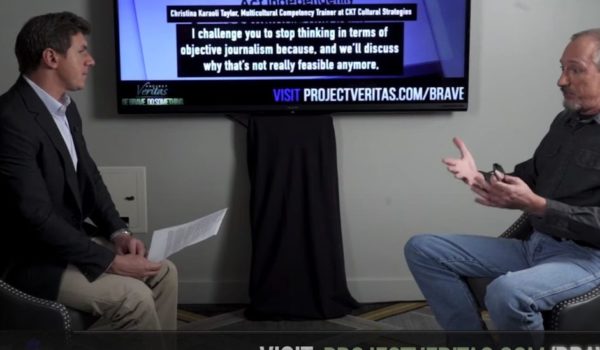