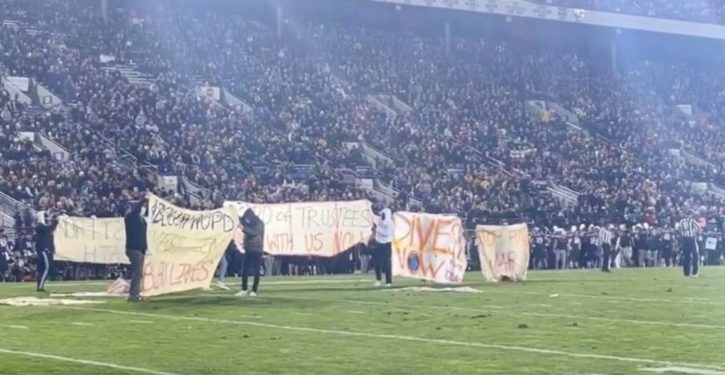 Nine protesters holding signs with different political messages ran onto the field towards the end of the first half of the game, according to Sports Illustrated (SI). Some of the messages on the signs read “Divest from death,” “Stop funding the war on Palestine,” and “Abolish NUPD Invest in black lives.” The game took place at Northwestern University’s home stadium, Ryan Field, in Evanston, Illinois. (RELATED: Texas A&M Fined $100,000 For Fans Storming The Field After Beating Alabama)

A person who appeared to be a fan of the University of Iowa team ran onto the field and tried to tear down the signs, SI reported. Then he sprinted to the endzone, stood with his arms triumphantly raised and prompted the fans to cheer him. He was escorted out by stadium security.

The protesters only exited the field after stadium staff confronted them, according to Inside NU. They were members of several different student activist groups at the school, including NU Community Not Cops, Students for Justice in Palestine, NU Dissenters, Fossil Free NU, and Students Organizing for Labor Rights, Inside NU reported.

After the game, Northwestern head coach Pat Fitzgerald, spoke to the media about the incident, according to SI.

“My first focus is the health, safety, and well-being of our student athletes,” Fitzgerald said. “Any time that that gets compromised it gives you great pause, and you want to handle that with great care and concern. All I was focused on was trying to keep our guys away. You never know what may happen.”

Northwestern University Police told Fox News they were investigating the incident but could not provide any additional details. The school has not yet provided an official statement about the incident, according to Sports Illustrated. 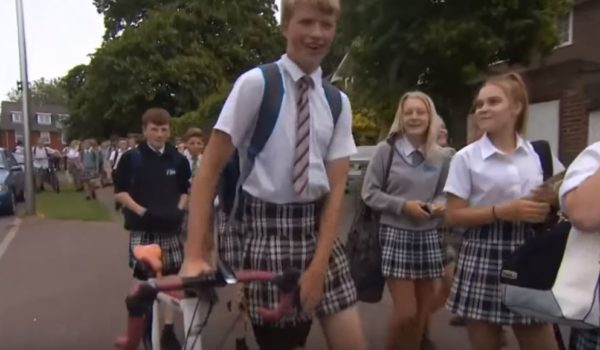