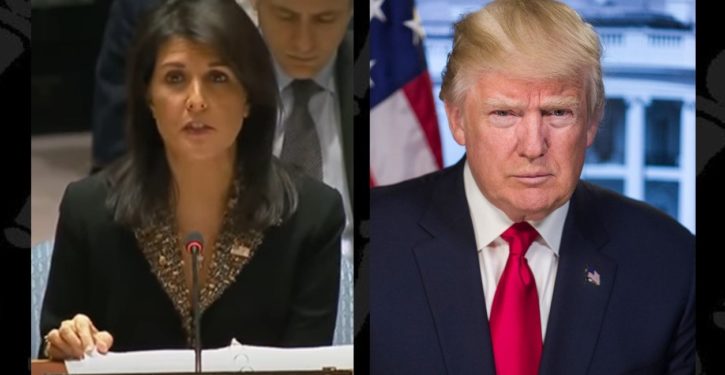 At Reagan National Airport, I saw a newsstand selling t-shirts with Donald Trump asking, “Do you miss me yet?” But how can we miss him if he never went away?

The 45th president vacated the White House but not the news cycle, and Republicans want more. Last week, a Hill-HarrisX poll found 77 percent of GOP voters support a Trump 2024 run, as did a Quinnipiac poll, reporting 78 percent support.

Although 2024 is three years away, it appears that Trump has claimed the Republican presidential nomination unless derailed by a severe health, legal or political crisis worse than two impeachments.

“If Trump runs again, he is essentially the incumbent,” Matt Schlapp, the influential chairman of the annual CPAC conference, told me in a recent interview. Then this week, Trump released a statement quoting GOP pollster John McLaughlin, who says, “Trump would win in a landslide right now. He would beat either Biden or Harris. He’s ahead of Harris 49 to 46 in the poll.”

Trump topping the 2024 GOP ticket likely means replacing former Vice President Mike Pence. Why? On Jan.12, the New York Times confirmed a terse exchange summarizing their schism. The conversation occurred on Jan. 6, before Pence presided over the constitutionally mandated joint session of Congress certifying the states’ Electoral College votes. After Pence refused the president’s demands to overturn the election results, Trump allegedly said: “You can either go down in history as a patriot, or you can go down in history as a pu–y.”

If Trump’s stars align enough to select a new running mate, one can surmise that his first choice would be a clone of himself. But since science has yet to offer that political option, Trump’s favorite off-spring might suffice. Thus, expect endless punditry and comedy about why daughter Ivanka Trump should be included or excluded from the VP shortlist.

More constructive than long lists of specific names this early in the 2024 cycle are questions and answers that complicate Trump’s search for a Number Two.

First, any prospective VP should examine the post-election conflict between Trump and Pence, asking themselves: “On Jan. 6, would I have acquiesced to Trump’s demands or acted like Pence in accordance with the VP’s constitutional role?” Inevitably, candidates must be prepared for that question with the “correct” answer a litmus test for selection.

Second, and related: “If, as vice president, Trump demanded that I engage in what is widely considered to be a constitutionally illegal act, how would I respond?”

Third, “What if before Trump selects me as his VP nominee, he demands that I publicly disavow all disparaging press statements attributed to me concerning him or his actions relating to the 2020 election, impeachment or the events of Jan. 6. Would I comply?”

Conversely, what follows is a list of questions from Trump’s perspective:

Would this candidate be 100 percent loyal to me during a crisis?

Will they outshine me in the media?

Will they always put me first or focus on positioning themselves to be president?

How physically attractive is this candidate?

How well would they defend me on television?

How does this candidate enhance my chances of winning?

Is this person “strong” enough to be my VP?

Would they resent and conflict with family members in senior White House roles?

Is this candidate qualified to be president and carry forth my agenda?

Answers to all questions from both perspectives could be tricky, and why my Trump VP shortlist offers only two names — coincidentally, both from South Carolina.

In first place is Nikki Haley, twice-elected governor before joining the Trump administration as U.S. ambassador to the United Nations. Then in 2019, rumors swirled that Trump was considering replacing Pence with Haley on the 2020 ticket to help attract more women voters.

Trump and Haley have a complicated up-and-down relationship. Most notably, her February bombshell Politico interview signaled she was separating from the former president and positioning herself to lead a post-Trump GOP. But in April, Haley inched back, saying, “I would not run if President Trump ran, and I would talk to him about it.”

Then, this month, she switched again, stating her decision to run would not be dependent on Trump. Obviously, Haley and Trump would need relationship counseling before joining forces, but she is a strong, qualified woman and could be an asset to Trump.

In second place is Sen. Tim Scott (R-S.C.), the only African American Republican senator. Scott is running for reelection, raising millions of dollars, and back in March, Trump heartily endorsed him. Scott endeared himself to the former president during a Fox News appearance on Feb. 8. While discussing the Jan. 6 Capitol attack, the senator said, “The one person I don’t blame is President Trump.”

In 2019, Scott announced that his 2022 reelection bid would be his “last race,” which translated from Washington speak means “ripe for higher office.”

And why is Florida Gov. Ron DeSantis absent from my shortlist? For starters, DeSantis is not a “number-two” kind of guy. But more serious, Article II of the U.S. Constitution presents an Electoral College voting problem when both candidates on the presidential ticket are from the same state.

Ultimately, anyone who agrees to be Trump’s running mate enters a minefield and should enroll in the Mike Pence School of Patience and Constitutional Law. 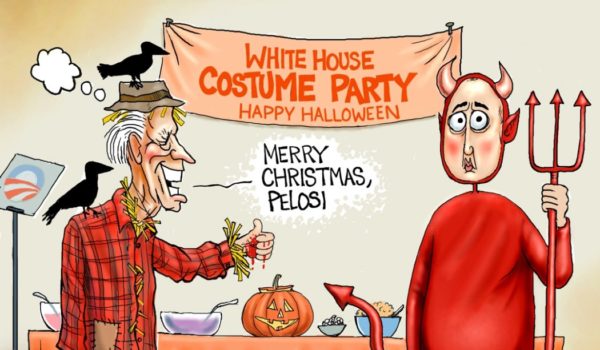 Cartoon of the Day: Devil’s Advocate
Next Post
Here’s How America Reduced Emissions More Than Any Other Major Country Despite Leaving The Paris Accords 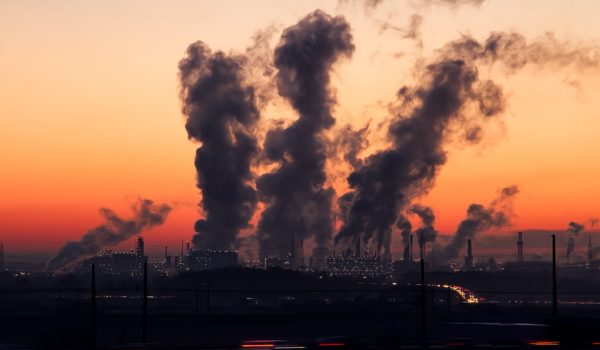