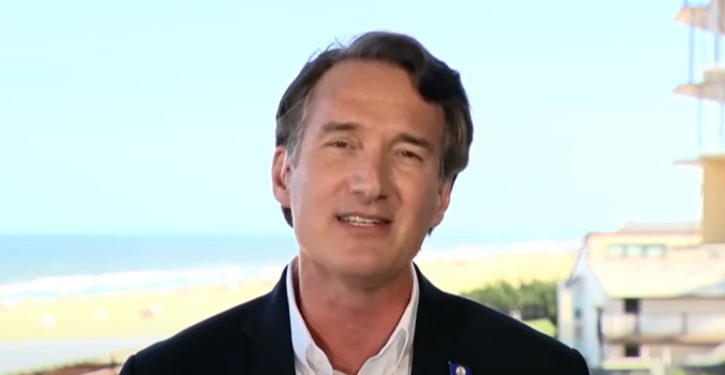 On Tuesday, Virginia will elect its next governor, in what is an exceedingly close race. Republican Glenn Youngkin and Democrat Terry McAuliffe are essentially tied, with Youngkin narrowly leading in some polling averages, and McAuliffe leading in others. Real Clear Politics says Youngkin is leading by a scant 0.4% — 46.7% for Youngkin compared to 46.3% for McAuliffe. By contrast, 538.com says McAuliffe is leading by 1.5% — that 47.6% of those polled support McAuliffe, while 46.1% of voters support Youngkin, and 6.3% are undecided or support other candidates. Prediction markets suggest that McAuliffe is leading Youngkin by less than 1%.  So every vote matters.

If McAuliffe loses the governor’s race, it will be because he has taken much more left-wing stances in the 2021 election, than he took back in the 2013 election where he narrowly won. Virginia Democrats have moved rapidly leftward since 2015 on issues like crime, taxes, and education. And McAuliffe has moved leftward along with them. Back in 2013, Virginia had a Republican legislature that could restrain a left-wing governor. That’s not the case now: Democrats control both houses of the state legislature, although they may lose control of the House of Delegates on November 2.

As the Washington Examiner and NPR note, McAuliffe has proposed billions of dollars in new spending. A think-tank says the result “would be the largest tax increase in the state’s history.” As the Washington Examiner notes, the Thomas Jefferson Institute “analyzed McAuliffe’s plans” and “concluded Virginia’s operating budget spending would increase by more than $8.3 billion, its general fund would increase by more than $7.6 billion.” That means big tax increases, because Virginia law requires a balanced budget.

An op-ed in the Washington Times argues that if McAuliffe becomes governor, that will undermine public safety:

Americans across the nation have been shocked and dismayed by the crime wave that has swept over us as far-left so-called “progressive policies” make our country progressively more dangerous for law-abiding citizens.  Virginians also have felt the crime explosion, one that’s in no small part due to Democrats who control the office of the Governor, the Attorney General, and the legislature.  Under Democrat leadership, Virginia has abandoned crime victims, law-abiding citizens, and law enforcement agencies with disastrous results.  Their failure to enforce commonsense laws and policies has handed control of our streets to violent criminals.  And Virginia’s murder rate rose to a 20-year high in 2020. That’s unacceptable.

Mr. McAuliffe began this slide toward criminalizing Virginia by releasing thousands of dangerous criminals among us from Virginia’s jails, even restoring their right to vote before any of them paid full restitution for their crimes!  For example, when David Simpkins—a  violent sex offender with 56 felony convictions—was released, he renewed his malevolent crime spree across multiple counties in Virginia.  Moreover, Mr. McAuliffe was irrationally resistant to hiring retired police officers to perform vital security functions in our schools to protect our children.  Amazingly, he vetoed the first bill but then finally relented a year later when the legislation even drew support from rank-and-file Democrats.

Worse yet, Mr. McAuliffe has cuddled up to those who would defund the police—accepting their political endorsements—making it more difficult for law enforcement to protect Virginians.  This has had a very negative impact on the retention and recruitment of law enforcement officers. Virginia’s deputy sheriff turnover rate is now 27 percent, while the Virginia State Police (VSP) officer shortfall hovers at 30 percent.  Moreover, there has been a 60 percent decrease in VSP applications since 2017.  Law enforcement officers are voting with their feet.  They don’t trust Terry McAuliffe.  Nor should we entrust him with our safety or that of our children. 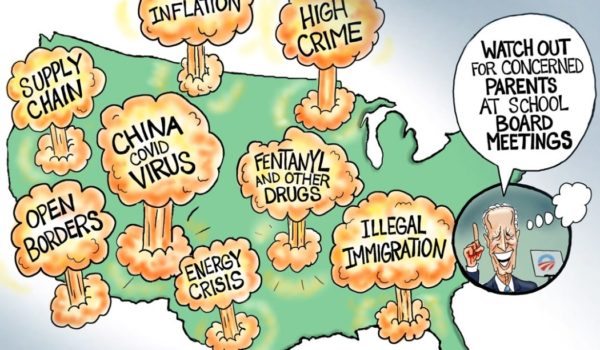 Cartoon of the Day: America Under Attack
Next Post
Biden Admin Blocked From Firing Unvaccinated Workers With Pending Religious Exemptions