A Virginia candidate for governor made false claims about critical race theory and its role in the Virginia schools. As a Manhattan Institute researcher notes, “Terry McAuliffe claims that critical race theory has ‘never been taught in Virginia [schools].’ But in 2015, when he was last governor, his Department of Education instructed public schools to ’embrace critical race theory’ in order to ‘re-engineer attitudes and belief systems.'” Critical race theory is playing a growing role in school systems in northern Virginia, such as in Fairfax, Arlington, and Loudoun Counties.

The Arlington County schools have students read books by critical race theorists such as Ibram Kendi. Arlington distributed hundreds of copies of Ibram Kendi’s book Stamped to students at Wakefield High School. The book contains many errors and celebrates a Marxist antisemite. It also peddles conspiracy theories and is dismissive about Martin Luther King and Frederick Douglass.

Virginia official “Roadmap to Equity“published by its Department of Education thanks critical race theorist “Dr. Ibram X. Kendi” in its acknowledgments section, saying, “we would like to acknowledge the following organizations and thought leaders for their research and scholarship contributions that have informed the development of the EdEquityVA Framework:….Dr. Ibram X. Kendi.” Kendi says he was “inspired by critical race theory,” and that he cannot “imagine a pathway to” his teachings “that does not engage CRT.”

That official Virginia state “roadmap” applies the principles of critical race theory, rejecting equal opportunity in favor of equal outcomes. It promotes “equity” rather than equality. “Equity” is about racial “outcomes,” not equal “opportunities” or achievement based on “ability.” It advocates “eliminating the predictability of student outcomes based on … ability [or] socioeconomic status.” But it is entirely predictable that a student with more “ability” will perform better than a student with less “ability.” Moreover, if poor students from broken homes “predictably” do worse because they are less prepared for school or have lower IQs, this is not the teacher’s fault.

Teachers are now pressured to promote notions of “equity” that are rooted in critical race theory. In Virginia, teachers are now assessed based on eight factors, including whether they demonstrate a “commitment to equity.” In March 2021, the Virginia Board of Education adopted a new “performance standard” for teacher evaluations that asks whether a “teacher demonstrates a commitment to equity.” So that vague, politically-contentious concept is now a factor in teaching evaluations. That could alarm some teachers and parents, because, as noted above, Virginia’s Department of Education defines equity in terms of racial and other “outcomes,” not equal “opportunities” for students. 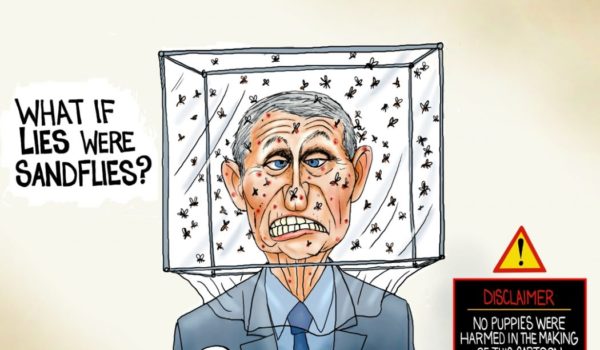 Cartoon of the Day: It’s A Dog’s Life
Next Post
Kids at Risk: The Virginia governor’s race (election is on Tuesday) 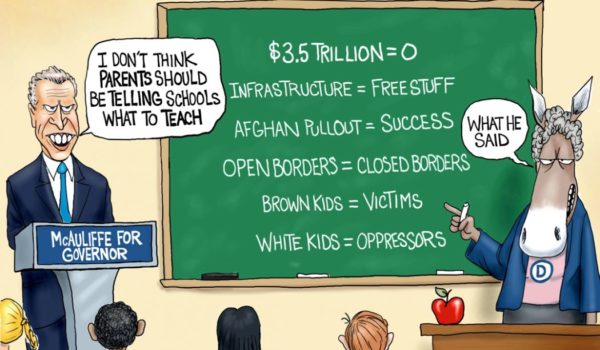