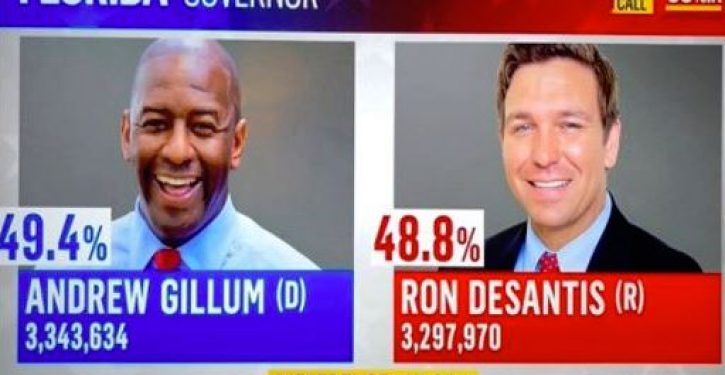 “American ports and rail terminals are struggling to cope with unprecedented surges of imports from Asia, a situation likely to continue into next year and contributing to both U.S. companies’ supply chain woes and broader inflationary pressures,” notes economist Scott Lincicome. All available ocean carriers are being used, but a quarter of their capacity is wasted, because so many vessels are caught up in record bottlenecks at ports. “Shipping containers are piling up by the thousands, leading to higher shipping costs,” and depriving “U.S. exporters” of “the empty containers they need to send their goods abroad….The disruption is so bad that the head of the American Apparel Association recently urged consumers to do their Christmas shopping in the summer.”

If you read liberal newspapers, you might get the impression that ports are jammed and backlogged everywhere. But they’re not. Some ports aren’t backlogged at all, in states that are conservative, or were conservative until recently.

As Phil Kerpen notes, “Florida is doing record cargo volume with no backlogs, and is inviting vessels stalled in California to divert via the Panama Canal. The week trip is probably their fastest route to market.” Florida is a right-to-work state where there are no compulsory union dues.

Similarly, as Alec Stapp notes, “Unlike other major ports on both coasts, the Port of Virginia remains free of backlogs despite experiencing similar record volumes. How? It’s one of the most automated ports in the country.”

“And why is the Port of Virginia automated?,” asks the Cato Institute’s Paul Matzko. “It’s a right to work state with weaker unions that haven’t been able to stop it. For contrast, see California,” where ports have backlogs of many days.

Virginia was governed by a Republican legislature until 2019, so it had flexible labor laws that enabled its ports to automate without being blocked by unions.

The Daily Mail discussed how ports in Republican Florida could pick up the slack from slow ports in progressive California, in
“How Florida could save Christmas: Port authority tells cargo vessels waiting to dock in California to divert via Panama Canal to The Sunshine State where there are NO backlogs.” As it noted,

A Florida port authority is inviting ships waiting to dock in California to divert via the Panama Canal to the sunshine state, where there are no backlogs.

The Jacksonville Port Authority said it’s the solution to an unprecedented logjam at The Ports of Los Angeles and Long Beach, where weeks-long queues are slowing commerce ahead of the year’s busiest shopping season.

It’s a sharp contrast from the scene in Jacksonville, which officials said has maintained terminal fluidity – and set a new container volume record – despite market disruptions.

The supply chain crisis has grown worse due to several federal policies, as economist Scott Lincicome discusses at this link. Exacerbating the problem in non-automated, progressive ports is the coronavirus pandemic. As Lincicome explains,

COVID protocols at U.S. ports exacerbate these issues: more workers means more tests, more absences, and more potential delays. And the recent experience of one of the most automated (though still not fully) ports in the country—the Port of Virginia—shows just how much this all matters for the current shipping crisis. There, the semi‐​automated marine terminal is, unlike other major ports on both coasts, “free of backlogs” despite experiencing similar “record volumes.” As one port representative explained:

“With the automation, you can rework your yard to say, ‘Okay, while I was expecting to be loading Ship A first, I’m now loading Ship B first,′ and can keep import flow fluid.” In that way, the terminal doesn’t have to shift equipment within the yard to manage the ships, as “automation is able to do that for you, whereas in a conventional terminal, they’re managing ships against their yard.”

That, along with investments in data sharing and multiyear refinement of a trucking appointment system, has given Virginia the distinction of being the rare port to keep cargo flowing even though its year‐​over‐​year import growth over the past seven months has been second only to Los Angeles.

If every port had even this incomplete level of automation, things wouldn’t be perfect, but they’d undoubtedly be much, much better.

States like Virginia and Florida also don’t restrict the independent truckers needed to move cargo to and from ports, the way California’s AB 5 law does.

Fauci Under Fire For Gain-Of-Function Research, Testing On Dogs
Next Post
Cartoon of the Day: Unchained 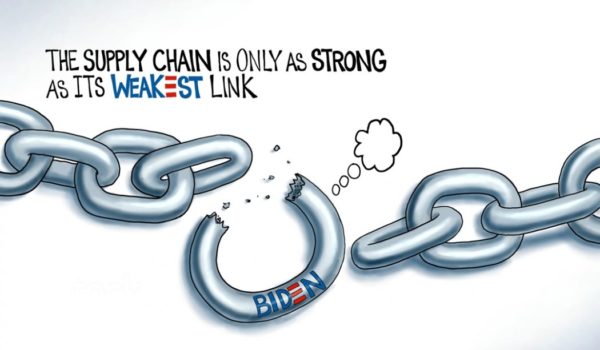