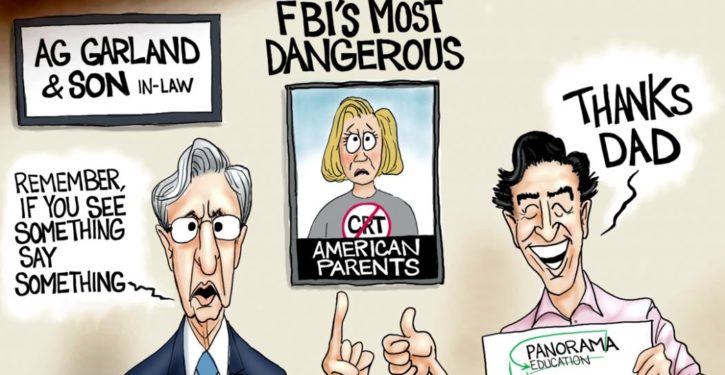 The National School Board Association (NSBA) issued a memo apologizing for the letter and the process within which it was published. The memo was sent out to NSBA members from the NSBA board, which was unaware that the original letter was sent to the White House.

“On behalf of the NSBA, we regret and apologize for the letter. To be clear, the safety of school board members, other public school officials and educators, and students is our top priority, and there remains important work to be done on this issue,” the letter reads. “We apologize also for the strain and stress this situation has caused you and your organizations.”

Breaking: In the wake of yesterday’s @FreeBeacon report, National School Board Association announces “we regret and apologize for the letter” to Biden admin characterizing concerned parents as potentially domestic terrorists 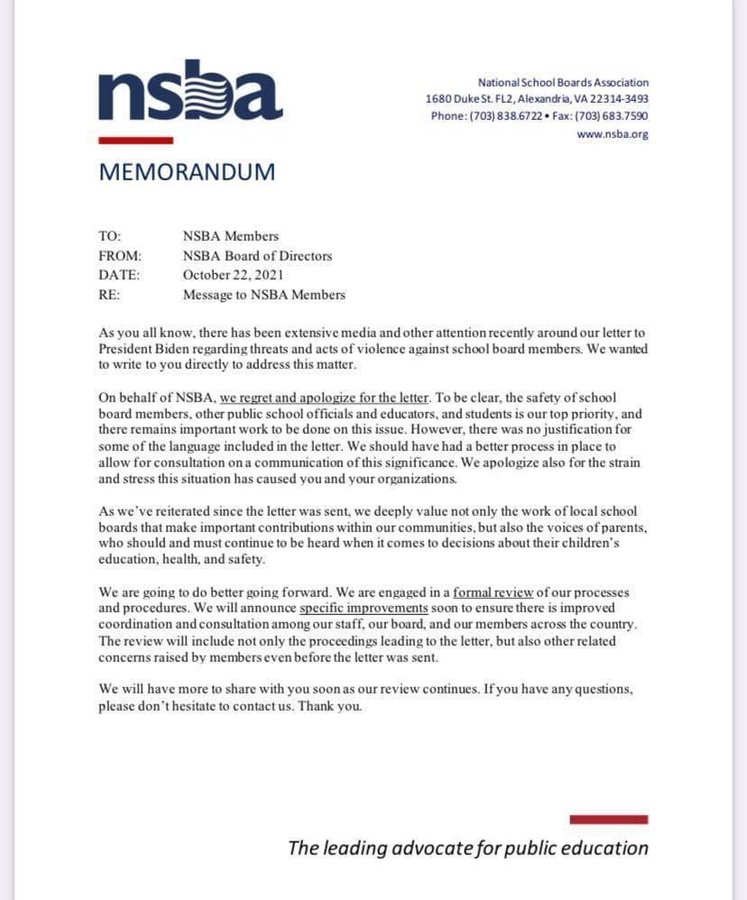 Emails obtained by Parents Defending Education, a concerned parents organization whose leaders were among those dubbed “domestic terrorists,” uncovered that the NSBA was in communication with the White House for “several weeks” before the letter dropped.

According to the same emails, NSBA’s CEO Chip Slaven and President Viola Garcia sent the letter to the White House without the approval of the organization’s board. (RELATED: White House Collaborated With School Board Group On Letter Comparing Parents To ‘Domestic Terrorists’)

The original letter sent to the Biden administration requested the assistance of the federal government in dealing with allegedly unruly parents at school board meetings.

“America’s public schools and its education leaders are under an immediate threat,” the letter reads. “The [NSBA] respectfully asks for federal law enforcement and other assistance to deal with the growing number of threats of violence and acts of intimidation occurring across the nation … As these acts of malice, violence, and threats against public school officials have increased, the classification of these heinous actions could be the equivalent to a form of domestic terrorism and hate crimes.”

Internal emails show that members of the NSBA board condemned the letter and claimed it “took a stance that went beyond what many of us would consider to be reasonable” and “used terms that were extreme.”

Loudoun County Superintendent Informed School Board Of Alleged Sexual Assault, Contradicting Board’s Claim It Was ‘Not Aware’
Next Post
Cartoon of the Day: Nightmare on Pennsylvania Ave. 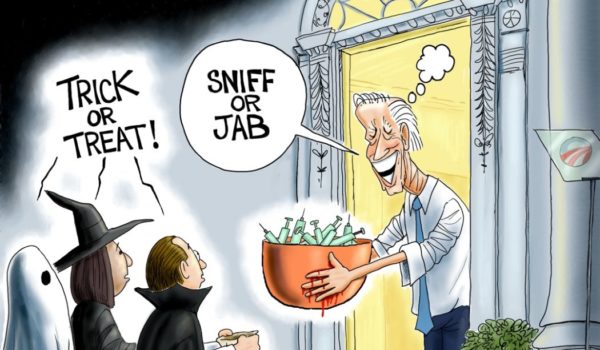