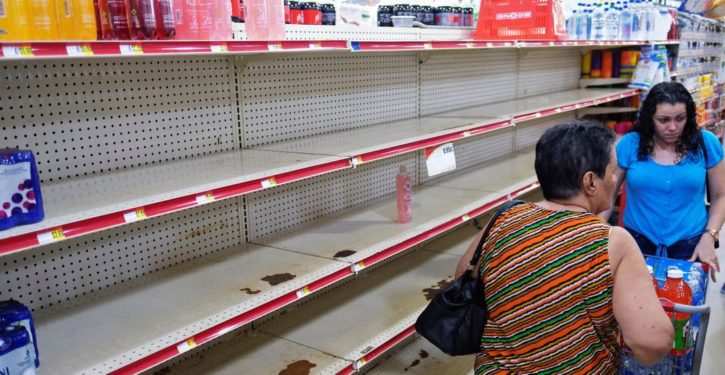 An unprecedented spike in shoplifting has emptied out the shelves of drug stores across New York City, the New York Post reported Saturday

“It looks like the Third World,” a Manhattan resident complained after inspecting the ravaged aisles of a local CVS, according to the New York Post.

“They’ve all been stolen,” an employee of the CVS said of missing toothpaste, hand sanitizer and face wash, The Post reported.

As of early September, 26,385 complaints of retail theft were filed, which is the highest number ever recorded. Compared to last year, 2021 witnessed a 32% surge in the number of complaints, according to The Post.

Cases against serial shoplifters are rarely prosecuted, with the perpetrators typically getting released the same day due to the absence of cash bail, The Post reported.

“Insanity. No other way to describe the resulting crime that has flowed from disastrous bail reform law,” New York City Police Commissioner Dermot Shea said, retweeting a story about a NYC man who was reportedly arrested 46 times in one year yet was allowed to walk free every time due to the bail reform. (RELATED: ‘It’s Madness’: An Analysis Of What Progressive Bail Reform Is Doing To American Cities)

The state of New York passed a bail reform in early 2020, substantially reducing the number of cash bail crimes. Months later, lawmakers walked back some of the provisions, but cash bail remains weaker than under previous law.