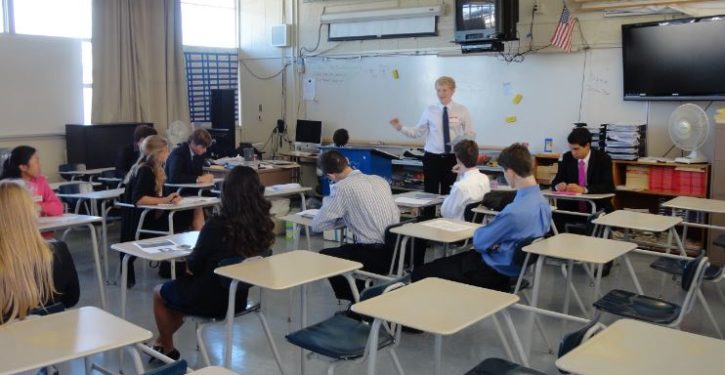 Education spending has grown rapidly even as students learn less and less. As Reason Magazine’s Christian Barnard notes, “K-12 education revenues increased by 23.8%, or $3,005 per pupil, from 2002 to 2019. 12 states increased their per-pupil revenues by 30% or more. 11 more by at least 20%.” (That’s after adjusting for inflation). “Only two states saw no increase.”

Yet, left-wing teachers promote a false narrative that schools are being defunded. But “where does the defunding narrative come from?” There are two “potential explanations,” Barnard says. “First, many states saw slow recovery to K-12 budgets after the Great Recession.” It “marked the first time in 60 years that state” education budgets temporarily shrank, before rebounding.  Second, teachers’ pay has shifted more toward pensions and health benefits, leaving salaries relatively flat despite growing compensation,  and “despite instructional spending increasing by 18.6% from 2002-2019. So where has the money been going? Benefits. Rising pension and healthcare costs have suppressed teacher” salaries.

Still, teachers unions persist in claiming that the schools have been defunded:

One of the most common narratives around K-12 education in the U.S. is that some states have persistently underfunded their public schools over the last two decades. For example, Randi Weingarten, president of the American Federation of Teachers, the nation’s largest teacher union, wrote a piece titled, “The high cost of defunding public education.” Similarly, when calls to “defund the police” began surfacing last year, high school social studies teacher Stephon J. Boatwright penned a piece for Education Week arguing that defunding the police isn’t such a novel idea since the United States has been defunding education for years.

But is this narrative true? When looking at the data, the verdict is clear: nearly every American state has increased per-pupil revenues in the last two decades, often by substantial margins.

Meanwhile, student learning has fallen a lot. In Virginia, for example, only 54% of students were minimally proficient in math in 2020-2021, compared with 82% in 2018-19. In Virginia’s Fairfax County, teachers received a big bonus recently, even though “Virginia’s largest school district did not fully reopen for the 2020-21 academic year,” and “district teachers lobbied successfully to keep schools closed even after it was safe to reopen,” reports the Free Beacon. Math pass rates fell 25% even as teacher pay rose.

The “Fairfax County Federation of Teachers was one of many teachers’ unions across the country that used the pandemic for personal gain,” notes the Free Beacon. It “secured a virtual option for all teachers during the 2020-2021 school year and demanded ‘proactive school closures’… Fairfax Education Association president Kimberly Adams said at a January school board meeting that students should receive the coronavirus vaccine before returning to the classroom, though the FDA only approved the Pfizer vaccine for students over the age of 12 in May.”

The school closings pushed by the teachers unions harmed students health. Many kids became fatter when schools closed to in-person learning during the coronavirus pandemic. Obesity rose at the fastest annual rate ever among kids. “Overweight or obesity increased among 5- through 11-year-olds from 36.2% to 45.7% during the pandemic, an absolute increase of 8.7% and relative increase of 23.8%,” reported the American Medical Association.

Rising obesity made suffering from the pandemic much worse. “The evidence linking obesity to adverse COVID-19 outcomes is ‘overwhelmingly clear,’” doctors say. Over three-quarters of all people hospitalized for the coronavirus are overweight or obese, the Centers for Disease Control and Prevention (CDC) reported in March.

Shutting schools increases COVID-19 deaths, according to researchers at the University of Edinburgh. Back in 2020, the CDC pointed out there’s “little evidence that schools have contributed meaningfully to community transmission.” Schools remained open in European countries such as France. But in the U.S., teachers unions successfully lobbied to keep schools closed. 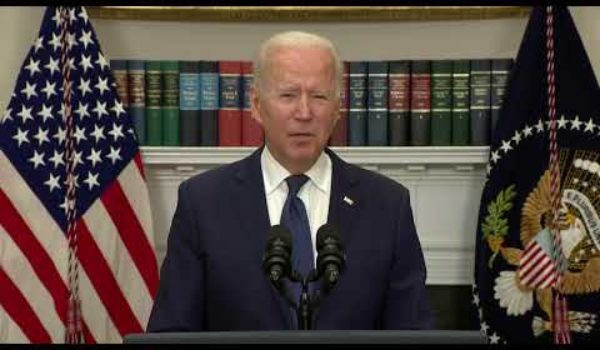 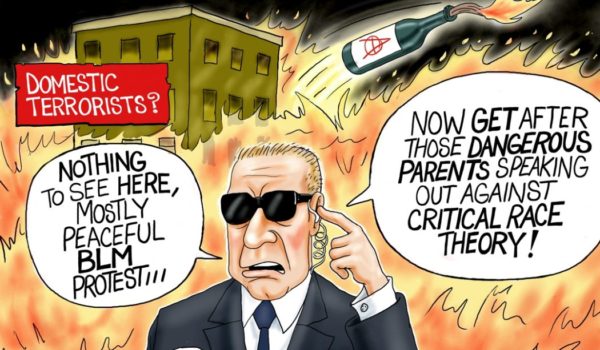