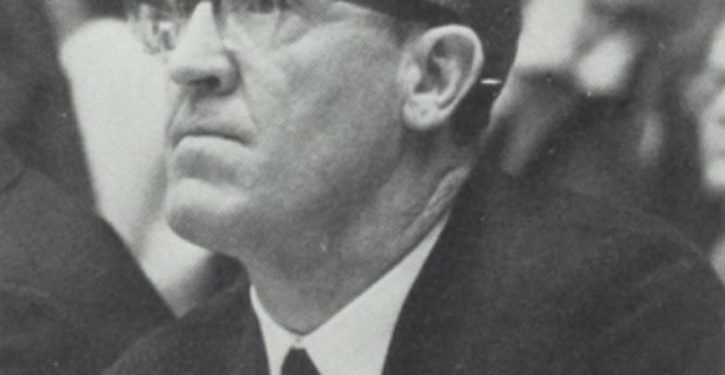 We open the bidding with the usual observation that it can’t possibly be week 4 already.

Wake Forest and Virginia are already live on this Friday evening, and pus-encrusted UNLV at #22 Fresno State is cued up for late-night entertainment.  The Bulldogs are giving 30 in that one, UNLV being lousy and Fresno State being, well, #22 (and probably underranked).  (Update:  Fresno State’s D was unimpressive in the 1Q, when UNLV quickly racked up 14 points.  But the Dogs have dominated the remainder of the game, now leading 29-21 in the 4Q.)

Liberty is also visiting Syracuse this evening, and is actually giving about 6.5.  Seems weird.  (Update: And we seem to be vindicated in that assessment as the 3Q unfolds and the Orange is up 21-7.  Update 2: And, that said, Syracuse prevailed by only 3, 24-21.)

It’s another week of the New FBS Football, with a few significant matches and whole lot of unhandicappable cross-conference meets.  (Really:  Florida Atlantic at Air Force?  San Jose State at Western Michigan?  What is this, week 1?)

The University of Tulsa Golden Hurricane comes off its scheduled whuppin’ by Ohio State to host Arkansas State on Saturday afternoon.  The Red Wolves have beaten only their FCS opponent so far, though they did hang half a hundred on Memphis (which hung five more than that on them).  Tulsa, with a surprisingly respectable 0-3 record against top-tier teams, is giving 14.5.

New #4 Oklahoma survived the clash with Nebraska, though it was a nail-biter to the final minute.  The Sooners are hosting in Norman again, this time to meet visiting West Virginia, pride of the Big 12, which had such a successful outing with Virginia Tech last week.  OU is giving 17.5 in this week’s Saturday marquee game, but we’re not advising taking such optimistic points.  We’ll be shaking serious totem at this one.

Oklahoma State squeaked it out over Boise State last week, and returns to Stillwater to host #25 Kansas State, kicking off Big 12 play for both teams.  The Wildcats remain a lean-mean operation, having yet to repair their depth deficiencies, but they’ve gotten it done versus Stanford and a Nevada that isn’t beanbag this year.  OK-State has a lot of talent running loose on the field, and three Ws, but can’t be said to have been more dominant over quality opponents Tulsa and BSU than K-State has been over their quality slate.  The Cowboy give of 5.5 is a tad optimistic.  This game merits better broadcast love than ESPN+ and Big 12 Network.

Navy, 0-2, heads to Houston Saturday to struggle against the 19-point deficit envisioned by the oddsquad.  A flavor of Navy’s woes has burbled through to public view with recent melodramas on the offensive coaching staff.  Assistant Billy Ray Stutzmann was fired for a religious-objection failure to get the COVID vaccine, and offensive coordinator Ivin Jasper was fired by the athletic director after the loss to Air Force.

Head coach Ken Niumatalolo (Indian name: Needs a Nickname) persuade AD Chet Gladchuk to bring Jasper back in a reduced role, arguing that Jasper “is the best option coach around.”  Jasper will be the QB coach at this point.  Meanwhile, former QB Keenan Reynolds, an on-field  firecracker and Heisman candidate during his years at the academy, probably spoke for many current players when he tweeted that the firing of Jasper “infuriates me.”  Coaching shuffles in a season in full swing usually aren’t a good sign.

Virginia Tech, having dropped back out of the top 25 after the bruiser with West Virginia, hosts Richmond (FCS, Colonial), which won’t be a get-well outing for ranking purposes, but should at least put another one in the W column for the Hokies.  The Spiders are 2-1, having defeated Howard and Lehigh, but lost their first Colonial match with Villanova last week.

Nevada went down to Kansas State last week, and has this week off.  The Pack will be at rival Boise State 2 October.

LSU swatted Central Michigan around last week, and starts its slog on the road to SEC redemption with a visit to Mississippi State on Saturday for their Storied Rivalry match.  The Bulldogs had a narrow loss to Memphis last week; this one’s a bit of a toss-up on paper, though the oddsdudes have LSU giving 2.

TCU, 2-0, hosts Storied Rival Southern Methodist on Saturday in the battle for the Iron Skillet.  We think the 9.5 give by the Horned Frogs is about right, and as regular correspondents know, we think the Iron Skillet is even righter – one of the noblest trophies in all college football.  It don’t even try and it sweeps the field.

Considering the unexpected surge of cultural preciousness enjoyed by another humble household item, toilet paper, we also suggest that a pair of these enterprising newfangled Div-IA teams adopt an 18-roll pack of it as their rivalry trophy.  If they have to create a new rivalry for that purpose, so much the better.

Toledo, after a commendably narrow loss to Notre Dame, had a less-than-best week losing a tough one to Colorado State on the 18th.  The Rockets head to Ball State to kick off MAC play on Saturday, giving 5.

Wyoming will be at UConn on Saturday, toting a 3-0 record that includes shwacking Ball State last week something fierce.  UConn, 0-4, continues to suck ostrich eggs.  The Cowboys are giving 31.

(The actual interest in the top 5 this week is clearly centered on the WVU-Oklahoma game.  Not sure we’d call it the game of the week.  Totem-shaking noises.)

With #7 Texas A&M at #16 Arkansas, we finally get to a game with Real Potential in the top 10.  This one will have season reverberations for the SEC West, and is a Storied Rivalry to boot.  It should also be eminently watchable, kicking off at 2:30 PM Central with A&M giving 5.

#8 Cincinnati has the week off.  Next week will see a likely season-defining meet with Notre Dame.  We have a sneaking suspicion the Bearcats are a bit overranked, but will defer that judgment for now.

New #9 Clemson, wobbling a bit after a narrow defeat of Georgia Tech, will be at NC State (motto: “They have a football team?”), donating 10.

New #10 Ohio State slipped a slot after the slow-boil win over Tulsa, and won’t be making a major impression with a win over visiting Akron on Saturday.  Buckeyes are favored by 48.5 in the line.

If we were in a contrarian mood, we’d recommend fare like Florida International at Central Michigan and New Hampshire (FCS, Colonial) at Pittsburgh.  But we’re not (plus we don’t like suggesting games you’d have to pay a no-name online streamer to watch), so the recommendations are shortish this week.

Storied Rivalry action includes Texas Tech at Texas for the Chancellor’s Spurs, which, as we’ve pointed out in the past, are a very nice set of spurs.  Kind of gaudy, but hey, it’s Texas.

Texas opened at a 13-point advantage, but is down to a more sensible 8.5 at this writing.

Illinois will likewise be at Purdue to battle for their dainty little mounted Cannon Replica, with the Boilermakers giving 11.

Tennessee will be at #11 Florida for their Really Storied Rivalry, a major rivalry for which we have the utmost respect.  Nobody’s expecting much of the Vols this time around (Gators give 19), but you know it’s going to be rocking in Gainesville.  No iconic trophies in this one, just a mass migration on the interstate every September.

What we’d probably call the game of the week tees off bright and early on Saturday with #12 Notre Dame hitting the sod at #18 Wisconsin.  This one is an opportunity for one of the two teams, perennial factors that they are in the CFPB+ zeitgeist, to break out.  The Badgers are giving 6.5, but we’re not sanguine either way.  Wisconsin suffered a narrow loss to PSU (now #6) in week 1, but has a chance to make a statement this weekend.

We, personally, kind of like the idea of UMass heading to #17 Coastal Carolina, where the Chanticleers are giving 36 and will probably have some fresh Fan Expression Not Suitable for Family Viewing.  Beats a mess like Kansas (motto: “What difference, at this point, does it make?”) at Duke (-16) hands down.

In FCS, our McNeese State Cowboys, 1-2 after the win at Southern last week, are finally diving into their Southland Conference season.  They missed last year, and may be a bit shaky in the saddle to start out, but we’re anticipating good things this fall.  They head to Incarnate Word in San Antonio Saturday for an 11 AM (Central) game.  The 2-1 Cardinals won’t be a pushover; they defeated FBS (Sun Belt) opponent Texas State last week.  The game will be in the heat of the day, seeing temps heading to 90 by the second half, but both teams are used to that.

In Div II, Slippery Rock, still #6 in the Coaches Poll, will be at PSAC foe Seton Hill on Saturday.  Seton Hill is 2-1, having lost the last game to Kutztown (which SRU defeated earlier) and winning two out-of-conference to start the season.  The 6 PM kickoff in Greensburg, PA should see temps falling through the 60s and lowering clouds – just what football weather is all about.

[Dowell] was an American professional basketball player for the Akron Firestone Non-Skids in the United States’ National Basketball League during the 1937–38 season.  After an All-American collegiate career at Northwest Missouri State, Dowell also competed in the Amateur Athletic Union (AAU) for the Denver Piggly Wigglies.

Basketball aficionados may remember Dowell better as longtime head coach at Pepperdine from 1948 to 1968, where he compiled a 263-263 record.  Dowell also coached football for Pepperdine in 1951 and 1952.

Expect temps in the mid-70s and clear skies for the 1:30 PM kickoff in Maryville.

In Div III, Rose-Hulman, after succumbing 27-20 to the tug-of-war-hardened squad at Hope College last week, has this weekend off (along with all but one of its HCAC running mates).  The Engineers will face Defiance College on 2 October.

The U.S. Merchant Marine Academy handily defeated SUNY Maritime last week, 56-7, and plays host in Kings Point on Saturday for an out-of-conference match with Kean U. (Union, NJ).  Regular correspondents may remember Kean as an NJAC opponent of our old fave Christopher Newport U., after the Captains made the hop to the NJAC a few years ago.  Kean, 0-2, has lost to Delaware Valley and Utica to date.  Temps in the 70s and partly cloudy for the noon game start. 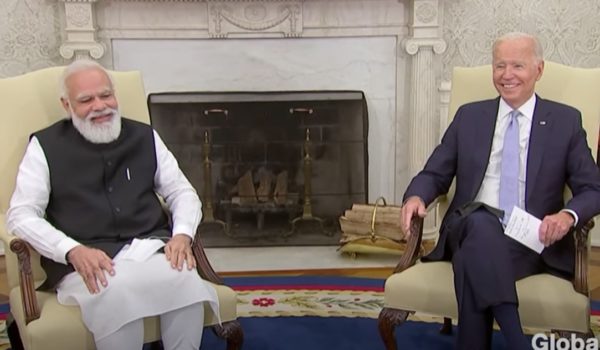