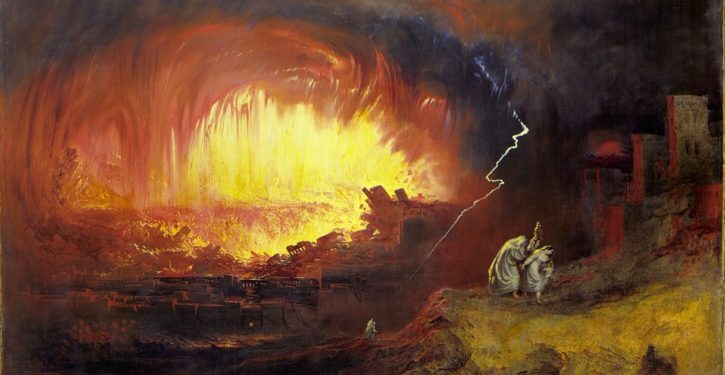 Scientists believe they have found physical evidence that an exploding space rock could have inspired one of the most infamous stories in the Bible, archaeologist Christopher R. Moore wrote, Yahoo News reported.

Scientists may have found proof of an icy space rock hurtling through the atmosphere at about 38,000 mph toward the ancient Biblical city Sodom, now called Tall el-Hammam, roughly 3,600 years ago, Moore wrote. The Bible describes the destruction of an urban center near the Dead Sea, with stones and fire falling from the sky.

The discovery is the result of 15 years’ worth of excavation work, Moore wrote. Scientists suspect a firestorm led to the city’s destruction due to the presence of a roughly 5-foot-thick jumbled layer of charcoal, ash, melted mudbricks and melted pottery, called a destruction layer. (RELATED: Asteroid Flew ‘Close’ To Earth, Estimated To Be Same Size As Great Pyramid Of Giza)

The group was able to determine through analysis that the only event that could have raised temperatures enough to melt many of the materials found at the site was a cosmic impact, Moore wrote. Similar evidence was found at other suspected cosmic impacts, such as the crater created by the asteroid that triggered the dinosaur extinction.

Scientists used the Online Impact Calculator, which “allows researchers to estimate the many details of a cosmic impact event, based on known impact events and nuclear detonations,” to aid their efforts to learn about the cause.

Scientists estimate the rock exploded about 2.5 miles above ground, creating a blast around 1,000 times more powerful than the atomic bomb dropped on Hiroshima, Moore wrote. Air temperatures would have then skyrocketed to 3,600 degrees Fahrenheit (2,000 degrees Celsius), setting the entire city on fire.

A massive shockwave would have followed, moving at roughly 740 mph, faster than any tornado on record, demolishing every building and killing all inhabitants, Moore wrote.

There are currently more than 26,000 near-Earth asteroids and one hundred short-period near-Earth comets that could cause a cosmic impact with similar consequences, Moore wrote.

“One will inevitably crash into the Earth,” he added. “Millions more remain undetected, and some may be headed toward the Earth now.”

So Psaki is now playing the ‘Beau’ card?
Next Post
Joy Reid on Gabby Petito: So another white woman went missing. What’s the big deal? 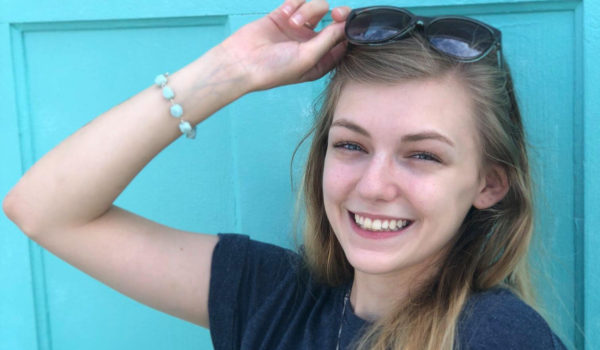