The New York Times quietly removed its assertion that the New York Post’s reporting on Hunter Biden’s laptop prior to the 2020 election was “unsubstantiated” from a story published Monday about a Federal Election Commission complaint related to the matter.

The Times reported Monday that the FEC ruled in August that Twitter did not violate any laws by temporarily blocking users from sharing the Post’s Oct. 14 story on a “smoking gun” email from Hunter Biden’s laptop showing that an executive of a Ukrainian gas company had thanked him for an introduction to then-Vice President Joe Biden. The Times called the story “unsubstantiated” when its article on the FEC’s decision was first published early Monday afternoon.

“The Federal Election Commission has dismissed Republican accusations that Twitter violated election laws in October by blocking people from posting links to an unsubstantiated New York Post article about Joseph R. Biden Jr.’s son Hunter Biden, in a decision that is likely to set a precedent for future cases involving social media sites and federal campaigns,” Times reporter Shane Goldmacher stated in its original version of his report Monday.

A cybersecurity expert told the Daily Caller News Foundation on Oct. 29 that the email at the center of the Post’s story was unquestionably authentic after testing the contents of the email’s metadata with a private key on Google’s servers.

The Times removed the word “unsubstantiated” from its story Monday evening without appending an editor’s note to the piece, which news outlets typically add when appending major updates to a story post-publication.

Hours later, the New York Times publishes an update to an article that removes the word "unsubstantiated" when talking about a New York Post article on Hunter Biden that was the subject of an FEC complainthttps://t.co/0SmUyIdP70 pic.twitter.com/FD7EpAEP3O

However, tweets from the Times and Goldmacher posted Monday afternoon describing the Hunter Biden laptop story as “unsubstantiated” are still live as of late Tuesday morning.

Breaking News: The FEC ruled that Twitter’s decision in October to block an unsubstantiated article about President Biden's son, Hunter Biden, did not violate election laws, according to a document obtained by The New York Times. https://t.co/EzFKKvQ7X2

NEWS: The FEC has dismissed claims that Twitter acted illegally when it blocked users from posting an unsubstantiated Hunter Biden article.

Decision not public yet but sets a precedent for future cases involving social media sites and federal campaigns.https://t.co/egdp3KY1HV

The FEC in August dismissed a complaint filed by the Republican National Committee alleging that Twitter’s move to block the Post’s story from being shared on its platform for about 24 hours after it was first published in October amounted to an “illegal in-kind contribution” to then-candidate Joe Biden’s presidential campaign, according to the commission’s unreleased decision obtained by the Times.

The FEC found that Twitter had “credibly explained” that its move to temporarily block the Post’s story from being shared was a business decision based on its hacked materials policy, according to the Times. The commission also found that the social media network did not coordinate with the Biden campaign in censoring the story.

Goldmacher did not immediately return a request for comment.

Biden’s latest former job of which there is no record: Lumberjack
Next Post
Cartoon of the Day: Oh, the horror! 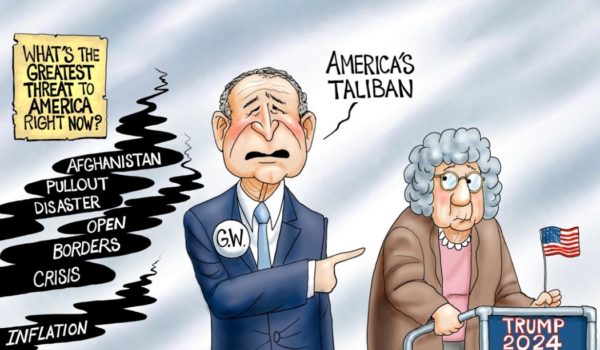