On Wednesday, the statue of Robert E. Lee in Richmond will be removed by order of Gov. Ralph (“Blackface” Northam), who said in a statement:

Virginia’s largest monument to the Confederate insurrection will come down this week. This is an important step in showing who we are and what we value as a Commonwealth.

If you can’t be present in person to witness the statue’s “cancelation,” no problem. You’ll be able to view the removal from the comfort of your own computer. It will be live-streamed on Facebook and at Northam’s Twitter account at @GovernorVA.

While some of the efforts to erase these dark reminders of the past are obvious, other just about defy explanation. Take as an example the defacement by Black Lives Matter protesters of a statue of  Tadeusz Kościuszko, a Revolutionary war hero who dedicated all his assets to buy the freedom and education of African-American slaves.

A story from today’s LU Web Crawler lies somewhere between the two extremes. The story, excerpted from The National Pulse, is titled “After 234 years, National Archive puts ‘harmful language’ warning on Constitution,” is not technically an act of cancel culture. Instead it’s more of a piece with the warning labels found on cigarette packages. The article notes:

The alert now appears on many pages on the archives.org website, and links to a page entitled “NARA’s Statement on Potentially Harmful Content.”…

Some day someone from the Left will explain how they go about deciding what’s offensive and what’s not.

Schools may close again, and students are being quarantined
Next Post
Cartoon of the Day: Life in a bubble 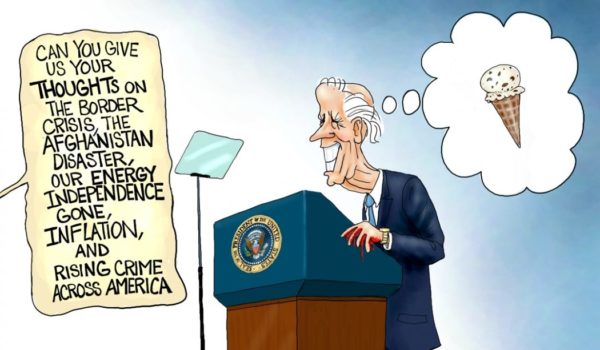