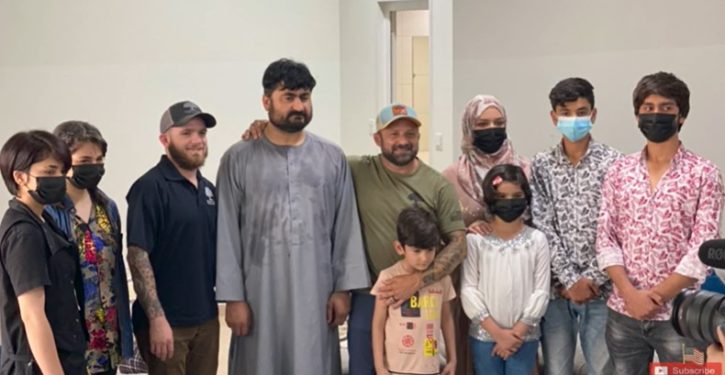 Chad Robichaux and some of his successes (Image: YouTube screen grab)

The top Republican member on the Senate Permanent Subcommittee on Investigations demanded the Biden administration address a report that a U.S. military commander blocked a group of 25 American citizens from entering the Kabul airport.

Former Force Recon Marine Chad Robichaux told the Daily Caller News Foundation that his nonprofit organization had organized bus transport to the Kabul airport for 100 Christians, 300 orphans, and 25 American citizens early Thursday morning. But when the evacuees arrived at the airport, Robichaux said a “military commander” made a scene and made the evacuees leave the airfield.

“He really created a scene with us, did not like what we were doing and how we were doing it and actually made the people get back on the bus, put them outside the gate and essentially sic them back off to the Taliban,” Robichaux said of the military commander, which he identified as the commander of the 82nd Airborne Brigade during a separate interview with Newsmax.

Wisconsin Sen. Ron Johnson, the ranking Republican member of the Permanent Subcommittee on Investigations, expressed shock that a military official would block American citizens from entering the Kabul airport in a Friday letter to the Departments of Defense and State.

“It’s hard to believe that any U.S. military official would deny Americans the ability to evacuate Afghanistan,” Johnson said in the letter. “What generalized or specific order was given to the commander that caused him to take this alleged action? Where did this order originate?”

Johnson also demanded the Biden administration address what actions have been taken to locate the American citizens from Robichaux’s bus that were allegedly turned away from the Kabul airport on Thursday.

Robichaux told the DCNF that his organization, Save Our Allies, helped evacuate nearly 5,300 people from Afghanistan in recent weeks. The busload of Americans who were turned away from the Kabul airport was to be the group’s last transport.

“That’s how this ended for us,” Robichaux said. “That was it for us. While we had this great success, it ended with a tragedy.”

Johnson’s letter, which was first reported by The Washington Free Beacon, demanded answers about the incident by end of day Monday. A spokesperson for Johnson told the DCNF early Monday afternoon the senator has yet to receive a response from the Biden administration to his inquiry.

About 5,500 American citizens have left Afghanistan since Kabul fell to the Taliban in mid-August, but some 250 are still awaiting evacuation from the country as of Sunday morning, according to the State Department.

The State Department also said Sunday there were about 280 American citizens in Afghanistan “who remain undecided about whether to leave the country or who have told us they do not intend to depart.” 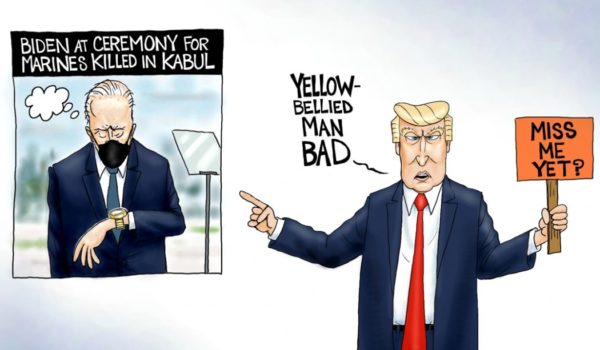 Cartoon of the Day: On Joe’s watch
Next Post
Biden’s changing commitment to rescuing Americans stranded in Afghanistan