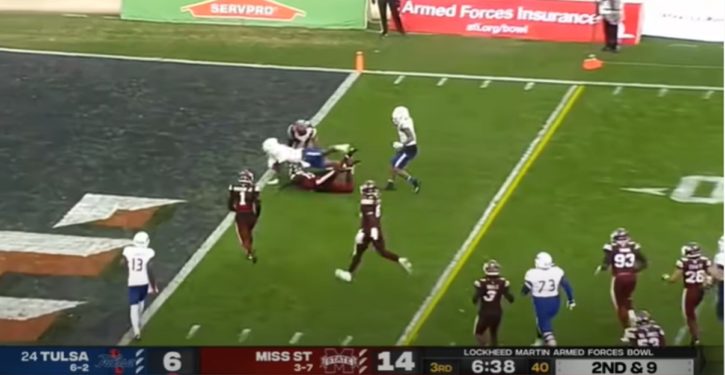 We here at your LU Football Commentary Service promise that it won’t be all politics, all the time.  But if there’s much mucking around with the national anthem, we may have to have our meltdown where you can see it, instead of out in the North Forty encouraging the coyotes with the .22.

The major action starts next week, and we’re going to go totally lame and postpone the big kickoff Follies dispatch until then, just because it conveniently works better due to a Situation in our personal life.

But rest assured, we will at least tag our august Inner Circle for identification here, to orient those who may not be already acquainted with them.  As always, regular correspondents from LU Nation are invited to mention their favorite teams, because we just love rooting for people (unless it’s USC; OK, just kidding), and be assured that Inclusion is our motto.

Rankings are from the AP because that’s what we do.  When the CFP/B/whatever the heck it wants to go by kicks in, we switch over.

The University of Tulsa Golden Hurricane, which beat Notre Dame 28-27 on 30 October 2010, plays for the alma mater of your chief football correspondent, which is still the smallest-enrollment school in the FBS.  We’ll keep the analytical commentary to a minimum for the teams that don’t play until next week (which includes our whole FBS Inner Circle), but must mention with gratification that Tulsa, the American Athletic Conference West titlist last season, is bringing back a lot of the much (much) improved defense of 2020, and may well be able to finish as high as last year (#24) if not higher.  Tulsa will host UC-Davis (FCS, Big Sky) on 1 September.  Roar, Hurricane, roar!

Curses:  #2 Oklahoma has been ranked #2, which always acts as a curse.  There’s also the general disruption of the cosmos with the SEC bid and the prospect of the Big 12 breaking up down the road, so we have a lot to sweat with much of our Inner Circle before we can cool down again.  Personally, we blame Kansas (motto: “What difference, at this point, does it make?”) for all this (as I think we’ve mentioned to one or two correspondents already).  OU plays Tulane next Saturday, 4 September.

Oklahoma State Is unranked at the moment, but was the top unranked vote-getter with 107, and can climb back aboard with a quality win.  That won’t be the first game, which is on 4 September hosting out-of-division Missouri State (FCS, Missouri Valley Conference (motto: Whatever That Means)).  (The Coaches Poll has OSU at #22.)

Navy comes back after a tough 2020 season absolutely stuffed with learning opportunities and COVID outages.  The Mids host Marshall on 4 September.  Smart to the helm, there, Mids.  Time to stop acting like y’all pants falling down.

Army, the 2020 Commander’s Trophy winner, gets another shot at singing second in 2021, and will be at Georgia State on 4 September.

Air Force made the best of a six-game Mountain West season in 2020, and should surge forth with more of its first-string lineup this fall.  The Falcons host Lafayette (FCS, Patriot League) on Saturday the 4th.

Virginia Tech had a fine, fangled learning season of its own last year, and will come roaring out of the gate on Friday 3 September hosting Storied Rival and #10 North Carolina.  That’s the way to get our hearts started.  Let the ACC rumpus begin!

Nevada, which like Air Force had the six-game MWC season last year, kicks off with a bang in 2021 heading across I-80 to an engagement with Cal in Berkeley on Saturday evening (4 September).  We personally believe this will be the game that demonstrates whether the comatose PAC-12 still has it.

LSU, we are gratified to note, is ranked #16 at the starting line.  We are less gratified by some nonsense we hear about ticket-holders and vaccine “papers,” but we’ll just let that one go for the moment as there’s only so much a person can take.  LSU will be at UCLA next Saturday, which ought to be a fun frisk, but not, we feel, the same decisive moment for the PAC-12 that the Nevada-Cal game will be.  Maybe the Bruins can play their way out of a paper bag this fall, but we’ll see.

TCU, like Oklahoma State, starts the season unranked, but got an encouraging 40 votes in the AP Poll.  The Horned Frogs will host Duquesne (FCS, Northeast) on 4 September.

Toledo did well with a six-game MAC season in 2020, saving countless lives with weeknight FBS football at a difficult time (i.e., that unspeakable month, November 2020).  The Rockets will host Norfolk State (FCS, Mid-Eastern) on 4 September.

Never least, but stalwartly manning the rear guard, Wyoming is back after that abbreviated MWC season, refreshed, we are sure, and raring to go.  The Pokes will host Montana State (FCS, Big Sky) on 4 September in Laramie.

A brief tour around the rest of the Top 10 will suffice for this week.  Take photos or screen caps for comedic reflections down the road.

The action on 28 August is light enough to just mention each of the five games, and congratulate the teams on leading us into what looks to be a less weird and more rewarding NCAA football season than 2020.

Don’t laugh; somebody’s gotta win, right?  Nebraska will be at Illinois with a noon kickoff for a Big 10-flavored season launch at Memorial Stadium in Champaign.  The oddsquad thinks it’s Nebraska by 7.  Contain yourselves, please.

UConn will be at Fresno State with the Bulldogs giving 27.5.

UTEP at New Mexico State is our first Storied Rivalry of the season, nipping in there ahead of next week’s action to figure as the Battle of I-10 for the Silver Spade, as befits schools more famous for their training of proficient mining professionals than for their football.  There’s also a bonus second trophy for the same low, low price: the Mayor’s Cup, which in this case is a brass spittoon.  Whatever the quality of the football, the trophy quality is pure excellence.

This weekend is a matchup between UTEP and New Mexico State, whose rivalry is called the Battle of I-10

The winner gets two trophies, the Silver Spade, a replica of a prospector’s shovel

And the Mayor’s Cup, nicknamed the Brass Spittoon pic.twitter.com/uaRNgWfWzk

UTEP gives 10, which pretty much shows you as regards NMSU.  This night game kicks off at 8:30 PM CDT in Las Cruces.

For a nightcap, check out Southern Utah (FCS, Big Sky) at San Jose State, the latter of which wasn’t half bad in 2020.  (And yes, the game is actually on CBS Sports Network.)

In FCS ball, we are thrilled to report that our main mascot, McNeese State of the Southland Conference, is back this year for a full season, after 2020’s prolonged COVID outage.  The Cowboys saddle up for a Div II match with West Florida (Gulf South) on 4 September, followed by an epic showdown with SEC powerhouse LSU on 11 September.  The latter match is postponed from last year, and will feature McNeese QB Cody Orgeron squaring off against dad Ed Orgeron, head coach of the Bengal Tigers.

In Div II, our Keystone State fave Slippery Rock University, playing in the Pennsylvania State Athletic Conference (PSAC), starts the season at #5 in the Coaches Poll after the COVID down-year.  The Rock will kick off at Wayne State on 2 September.

Rounding out Div II is the University of Central Oklahoma, playing in the Mid-America Intercollegiate Athletic Association.  The Bronchos will host Missouri Western in Edmond on 2 September.

In Div III, we’ll be following a slightly slimmer slate this fall, bidding farewell to the Christopher Newport Captains and wishing them all the best.

Last but never the least in our hearts, the U.S. Merchant Marine Academy (Kings Point, NY) is back from its one-game 2020 (versus rival Coast Guard) to embark on a full-season schedule.  Kickoff is at FDU-Florham on 3 September (explanation next week), with New England Women’s and Men’s Athletic Conference (NEWMAC) play starting on 25 September. 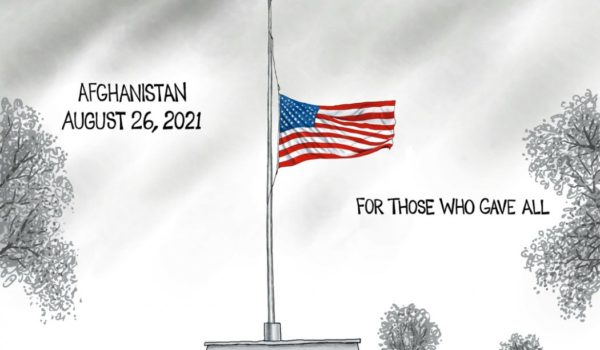 Cartoon of the Day: Mourning in America
Next Post
U.S. launches retaliatory airstrike against ‘ISIS-K planner’ In Afghanistan 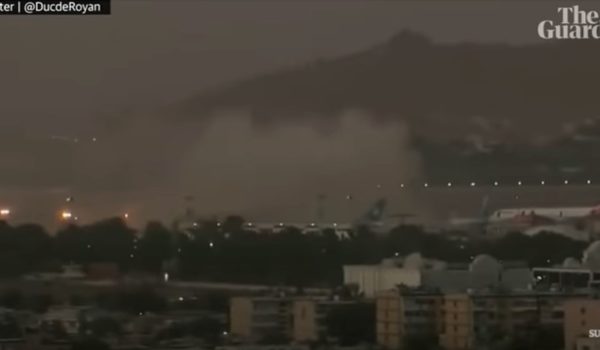