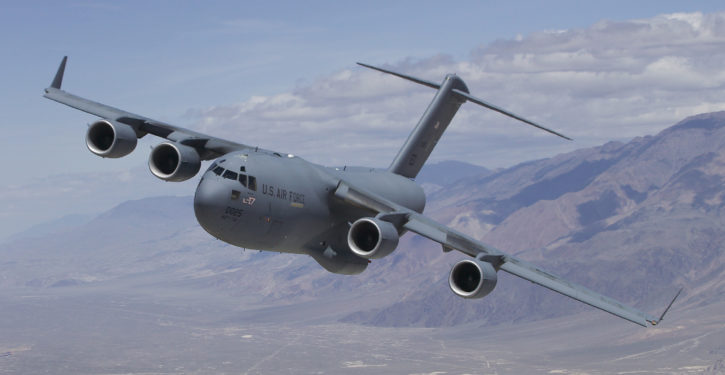 There may be a few minor adjustments to be made in the estimated total number of evacuees from Afghanistan so far — compare Joe Biden’s claim in his latest pep talk on Tuesday that 70,000 have been airlifted out with the number in this tweet. (RELATED: Pentagon won’t say how many Americans have been evacuated from Afghanistan)

But when it comes to painting smiley faces all over one of the most badly botched missions in U.S. history, it’s hard to top a self-congratulatory tweet from the Department of Defense that shows orderly lines of Afghan civilians boarding what is described as an American military aircraft.

In fairness to the administration, the plane is a C17 Globemaster. It’s just not one of ours. As Twitchy notes, a number of alert Twitter users picked up on the markings, which reveal the plane belongs to the United Arab Emirate’s military.

…that isn't our plane… https://t.co/rbZcGISvMg

One person tweeted this embarrassing detail in an enlargement of a detail in one of the above photos: 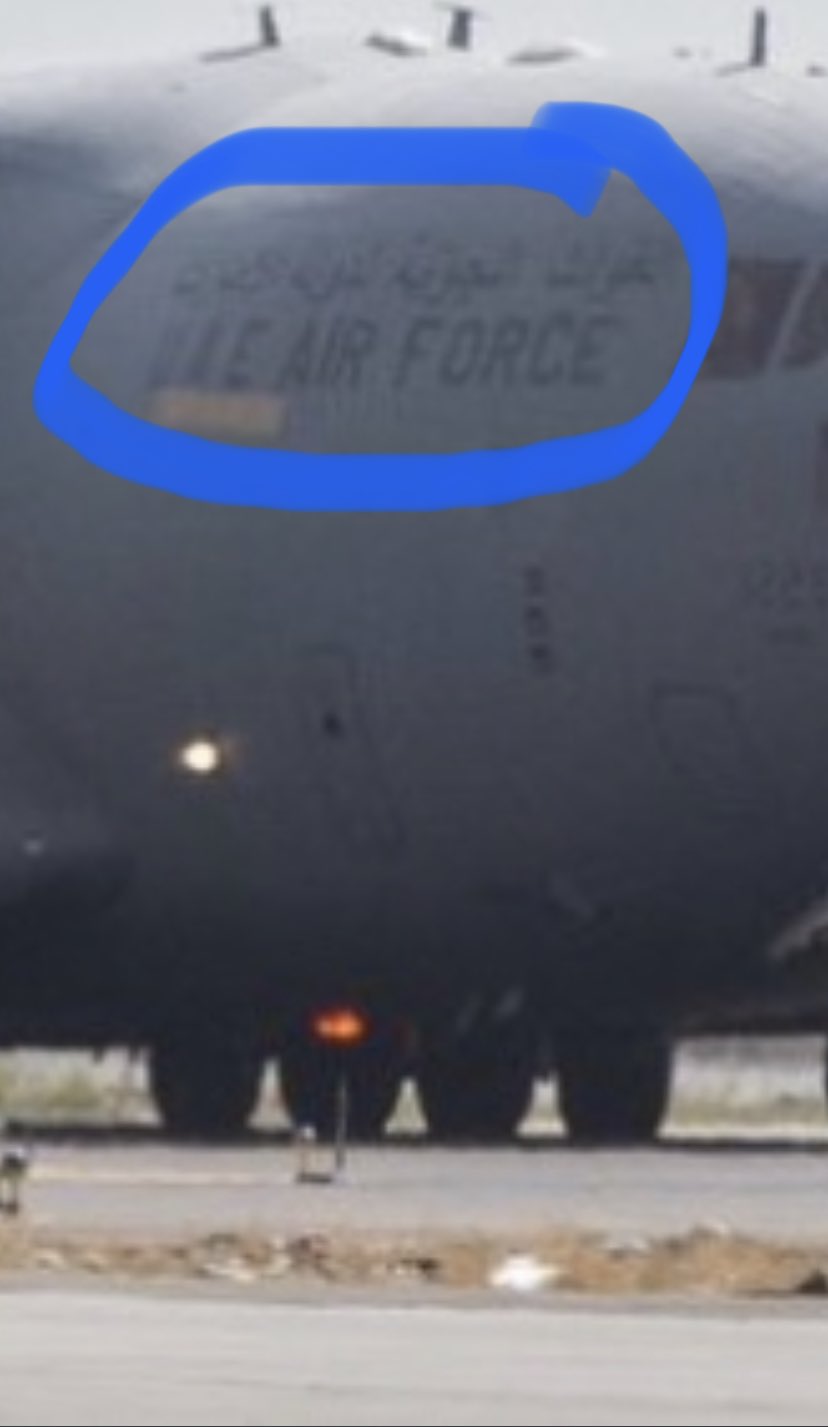 But misidentifying aircraft in PR photos may be the least of the administration’s problems. As Townhall’s Matt Vespa indicates, reports are circulating that the British were shut out of the security negotiations CIA Director William Burns had with the Taliban and that the administration shot down plans to retake Bagram Air Base, which would have provided a secure airport outside of Kabul to evacuate American citizens and key Afghan allies and their families.

.@JenGriffinFNC came back with two devastating questions the Pentagon REFUSED to answer:

– Whether it's true the British are locked out of security negotiations with the Taliban and the U.S.
– Reports the Biden White House shut down 82nd Airborne's plan to reopen Bagram Air Base pic.twitter.com/2o85cqkEuE